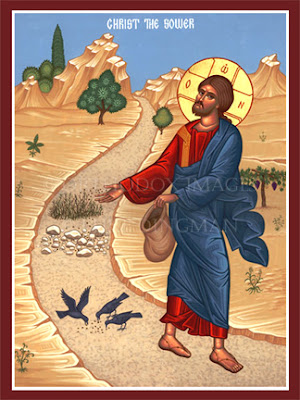 Jesus Christ spoke of the sower of seeds, and seeds that fell in various places. He defined the seeds as the word of God, and the different areas of reception was the hearts of men. Schismatics, heretics, and apostates, may have received good seed, but they corrupted his words.


With the advent of the Great Fast, which all Orthodox Christians ought to keep, so as to celebrate with great joy the glorious Resurrection of Christ, the most important thing is to be certain we avoid the above pitfalls mentioned in the title, and herein is some clarification.

A schism is the departure of a person or group from legitimate and canonical authority. Any  layman, deacon, priest, bishop, in fact, any member of any rank in the Church who rejects such authority places himself in schism. Schism  is so  serious an offense, that a saint said:  “Even the blood of martyrdom does not wash away the stain of schism.” 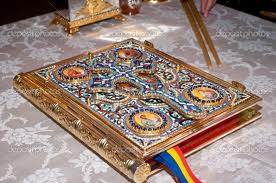 There is one God, Father Son and Holy Spirit, "and one Lord Jesus Christ, the only begotten begotten  of the Father before all ages.”  As there is  one God and one Lord, there is one Church and one Gospel.  Why then are there so many false gods and false gospels in the world?  One reason, is because the pristine  and  beautiful Gospel of Orthodoxy is hidden from them, partly because we Orthodox Christians fail to be the light of  the world.  Perhaps we need to remember  that  Christ tells us: “Let your light shine before men that they may see your good works and glorify your Father who is in heaven.”  We hold the truth, perhaps unjustly, and perhaps we fail to follow it ourselves and thus it remains hidden.

For what reason did  God descend to earth in the form of a man, instead of as an angel or archangel? The reason has great importance  to every one of us, for each of us are precious to God, the only Lover of Man.  Whether we know it or not, we are a part of His great plan and we have  much to gain if we comprehend it and cooperate, and much to lose if we do not. In becoming a man, He demonstrated  the importance of mankind,  far  beyond  all other creatures;   for man is truly the most wonderful of all. We  were  created by the hands of  God in His image, who bestows His spirit upon us.

God came to us as a man, being  part of His mysterious plan, which is the reason for the existence of all creation.  For God’s plan is to form Man and men in His own image and likeness.  In the book of Genesis,  the perfect Man was proclaimed as God’s  ultimate  plan  even before the creation of Adam, when God said:
“Let us create man in our own image and after our own likeness  . . ”
Read more »
Posted by Unknown at 6:29 PM No comments: 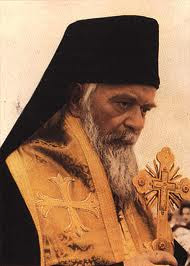 "If you forgive men their transgressions, your heavenly Father will also forgive you, but if you do not forgive men, neither will your heavenly Father forgive you your transgressions. Moreover when you fast, do not be as the hypocrites, of a sullen countenance; for they disfigure their faces, that they may appear unto men to fast. Amen, I say unto you, they have their reward. But you, when you fast, anoint your head and wash your face; that you do not appear to men to fast, but unto your Father, which is in secret. And your Father, which sees in secret, shall reward you openly. Do not lay up treasures on earth, where moth and rust corrupt and where thieves break through and steal; but lay up for yourselves treasures in heaven, where neither moth nor rust does corrupt, and where thieves do not break through and steal. For where your treasure is, there will your heart be also."
For a soldier in battle, the first rule is not to surrender to the enemy. The commander gives prior warning that every soldier must keep out of the enemy’s traps, in order not to be tricked or captured.
A lonely, cold and naked soldier will be greatly tempted to give himself up to the enemy. The cunning enemy will make use of his predicament in all possible ways. The enemy may be hungry, but he will, to show the abundance that he has, throw the soldier a little bread. The enemy may be cold, ragged and naked, but he will, as though he were rich and well clad, throw the soldier some piece of clothing. He will give the soldier pamphlets, in which he boasts of there being complete security in his victory, and will lie to the poor soldier, as though there were many regiments of his friends to the left and to the right who had surrendered, or that his general had apparently been killed, or his king had sought terms of peace! He will promise the soldier a quick return to his home and hearth, and a good position, and money, all that a man of extreme necessity can only dream about. The general points out all these snares and traps of the enemy’s advance, and warns the soldier not to believe in them at any price, but to hold their position, not to surrender, and to keep faithful to their standard even at the cost of death.
Avoiding` surrender to the enemy is a particularly important rule for Christ’s soldiers in the battle with the evil spirit of this world. 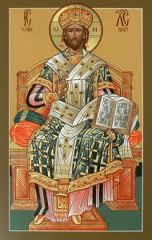 Jesus Christ came into the world to save the race of man,  and to enlighten  the entire human race, for mankind was imprisoned and in the captivity of darkness, this darkness was ruled over by the prince of darkness, the Devil. His moral darkness leads to every evil, idolatry, murder, dishonesty, wars, robbery, fornication and human sacrifices. However, as the darkness of night is overcome by the rising of the sun, so Jesus, the moral Sun, arose upon the world in order to do battle with the perpetrator of all evil, the prince of this moral darkness which enveloped mankind. This would be a life and death struggle, leading to the establishment of Christ’ Kingdom on earth through His Church, which would draw people into His heavenly Kingdom.

The cost of this battle cannot be calculated,  for Christ our God, knew that He came into the world to do good to man, healing deaf and mute, giving sight to the blind, cleansing lepers, casting out demons,  raising paralytics, and raising the dead. His battle plan was to submit to every evil inflicted on Him, to suffer any torment, to voluntarily die, and permanently seal His victory by His third day Resurrection.  He clearly demonstrated His divinity, but allowed the Devil’s minions to arrest Him as a common criminal, to adorn Him in a purple robe of mockery, to smite Him, scourge Him, spit on
Read more »
Posted by Unknown at 7:23 PM No comments: