THE VOICE OF CHRIST

THE VOICE OF CHRIST

THE LAW WHICH ALL CHRISTIANS
ARE OBLIGED TO KEEP PERFECTLY 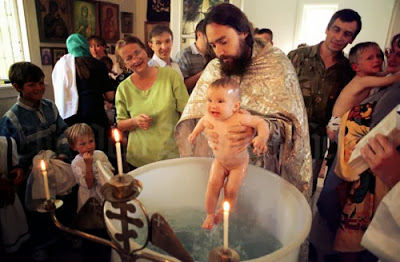 Baptism became for all of us, the beginning of the necessary work we need to accomplish, if we desire salvation and membership in the kingdom of heaven, a task that can only be accomplished in this present life, because after death comes judgment. In Baptism, we renounced the Devil who is the ruler of this world, and by our three immersions and emersions in Baptism, we  died to sin and were resurrected into Christ’s glorious Resurrection. This is the beginning, but our Lord teaches many important things  to the  believers who were baptized into His death and Resurrection.  Christ raises His voice and speaks to us, and this  requires our dedicated attention and obedience. He established the Christian law and  commanded that we keep it, which is an impossible task if we don’t know and understand it.  For convenience we are printing it here from Scripture, in an improved translation from the original Greek, being the Gospel Law of the Lord.  In reading it, is good to remember the Lord’s words: “whoever breaks one point of the law breaks the whole law.” If we struggle to keep all of His commandments, they will develop into good habits, delighting our hearts, filling us with great hope for eternal life and the joy of our Lord!

In the Gospel of Matthew, chapters five, six, and seven, is what was called by the Church,  the Evangelical Law; it details many things and sets the boundaries of what we are permitted or required to say or do, for in following Christ we can no longer follow our own will, but the will of God. 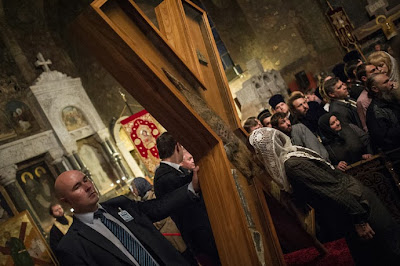 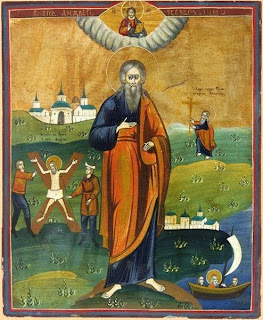 The holy Apostle Andrew was the first called by Christ, being the son of Jonah and brother of Peter  the Apostle, whom he had brought to the Messiah.  Andrew was baptized by the John the Baptist and  Forerunner and then became his disciple; it was he who introduced Andrew to Christ as Scripture records.  Jesus came to Andrew and Peter as they were preparing to go fishing,  He said: “Follow me.”  They dropped their nets and everything else and followed him. Then these two brothers, after the Resurrection began untiringly to preach and teach.  They worked wonders, and both of them, after completing their duty to Christ, left this world and entered the kingdom of heaven through crucifixion.

After Christ had accomplished His work, enduring His Crucifixion and Resurrection, followed by His triumphant Ascension, his promise from on high was fulfilled. For the day of Pentecost arrived and they all received the gift of the Comforter.
Read more »
Posted by Unknown at 8:47 PM No comments: