TRIUMPHANT SONG OF ALL  ORTHODOX CHRISTIANS


“Christ is risen from the dead trampling down death by death
and upon those in the tombs bestowing life.” 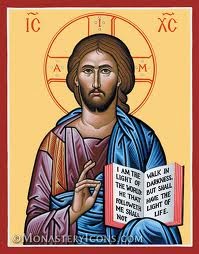 After the Great 40-Day fast and the emotional readings from Scripture,  and funereal hymns of Holy Week, then on early Sunday morning, Orthodoxy the world over, breaks into triumphant song that can be heard in heaven and on earth in most every country. Churches are filled with people triumphantly celebrating Christ’s victory over death by means of the Cross. The cry is heard everywhere: “Christ is risen!”, which brings the reply: “Truly He is risen!”  Jesus Christ was certainly put to death and did die, and more certainly did He arise on the third day as witnessed not only by many people but by the existence of His holy Orthodox Church which has continuously stood for two-thousand years proclaiming His victory in putting death to death by His life-giving death. “Christ is risen from the dead, trampling down death by death and upon those in the tombs bestowing life.”

We sing forth our paschal song from depths of our hearts which can never be satisfied except with the divine glory, power and richness of God. This paschal song contains these treasures in its holy words. That is why Orthodoxy’s glorious paschal hymn is the central point of our faith and its words are filled with glory, power and the richness of God,  for the Son and Logos of God became incarnate of the Ever-virgin Mary and was crucified of His own will upon the Cross, accused by his enemies as being deserving of an infamous and tortuous death.

But His Resurrection on the third day changed everything. The death and resurrection of Christ being life-giving shone more brilliantly than the sun and immeasurably more glorious  than the heavens and it turned the world upside down. The death and resurrection of Christ transformed weakness into almighty power, infamy into heavenly glory and the ugliness of the Cross into an object of adoration and royal beauty. Hence, without restraint Orthodoxy breaks into singing with its triumphant song of Christ’s victory  on the Cross: “Christ is risen from the dead trampling down death by death and upon those in the tombs bestowing life.”
Read more »
Posted by Unknown at 5:22 PM No comments: