NEGOTIATIONS WITH THE PAPACY DANGEROUS AND IMPOSSIBLE!

NEGOTIATIONS WITH THE PAPACY
DANGEROUS AND IMPOSSIBLE!
It is time to get out!


There has been a great deal of conversation, and Orthodox negotiators have made concessions, incurred large expenditures for hotels, air travel, food, etc.,  and poorly informed clergymen have been engaged  in  illicit negotiations for  union (denomination) with/by the Popes of Rome.  The papacy is not  really seeking union and they admit it, for it is their firm desire for total domination, hence the great importance of  the destruction of Orthodoxy which stands in its way. How can any form of union benefit the Orthodox, which the last Pope says “has everything”?  Rather union would strip her of divine grace  and  merciful help, leaving her naked and ugly and a lifeless corpse.  An important question needs to be brought up:  Why does the Pope seek union when he has over a billion subjects?  The truth is the papacy abhors union but desires  something else, which is “just commemorate my name.”  This is how the Pope stripped the Uniates of their Orthodoxy and their salvation. These former Orthodox who keep their “Orthodox” traditions, became Orthopapists, and only commemorate the name of the Pope, but are no longer Orthodox and are not in communion with the Orthodox Church, in fact they treat it with contempt. For they have bowed to the Pope and accepted him as Christ’s representative. 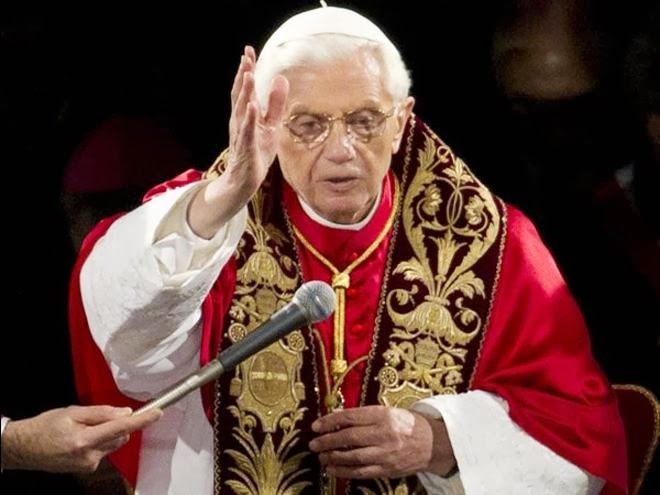 The previous Pope Benedict said this: “The Orthodox have everything, but they are defective as  they do not have me.” All the Pope wants is commemoration of his name. All the Devil sought from Christ was even less, just a single bow!