THE BIG FLAW OF ECUMENISM

THE BIG FLAW OF ECUMENISM 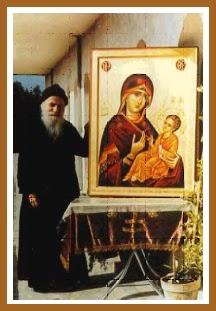 “ Above everything is love.  The thing that must concern you my children, is love for the others,  for their souls. Whatever we do, whether it is prayer or offering advice or pointing out some error,  let us do it with love.”                 Elder Porphyrios

The roots of the ecumenical movement date back to the early part of the 20th century – almost a hundred years.  The original idea was that the Protestants work to seek mutual unity, and then seek to unite themselves to the Orthodox Church, that is to abandon error and accept the living Orthodox Faith.

The Orthodox participants working with  the W.C.C.  who preach and practice ecumenism, know that they are limited in certain things, and that they should not and I believe will not deny Orthodoxy. They have been gathering and meeting with the heterodox for about a half  century. 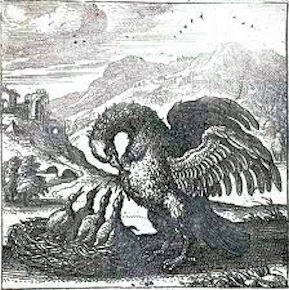 Superscription
A prayer to the poor man, when he is woebegone, and pours out his petition in front of the Lord.

The poor man refers to Christ who explains His own poverty by saying: ‘Foxes have holes, and birds of heaven nests, but the Son of Man has not where to lay His head” Mat. 8:20).

1.  Hear my prayer, Lord, and let my cry come unto you.
2.  Hide not your face from me, in the day when I am in trouble, incline your ear to me; in the day
when I call answer me speedily.
3.  For my days have vanished like smoke, and my bones have been scorched like firewood.
4.  I have been struck like grass, and my heart has been withered; for I have forgotten to eat my bread.
5.  By reason of the voice of my groaning my bone has cleaved to my flesh.
Verse 6
“I am like a pelican of the wilderness;  I have become like a night-heron of the area of ruins”

The likeness of Christ to the pelican is expressed by the following verse of sepultural lament:

“Like a pelican wounded in the side, O Logos, you have enlivened your dead children by instilling in them vital springs.”

Respecting the pelican it is said that it builds its nest on a cliff for the safety of its young, but that the serpent directs its venom into the nest by a current of air and kills the young. When the pelican comes and sees its own young dead, it beats its sides with its wings, and sheds drops of vitalizing blood therefrom upon its young, which are thereby revived. Becoming like this pelican of the wilderness, , by means of life-giving blood shed from His side upon Adam and his descendants after they have been poisoned and killed by the serpent, Christ revived them.

WHAT WILL OCCUR AFTER DEATH 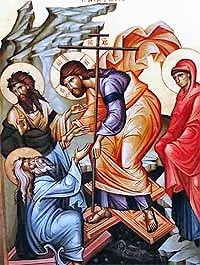 Although we have an idea of death and are subject to its constant  threat, there is more concerning death that is good and edifying knowledge.  First from where did the idea of death come? Not from heaven for there is no death there. Not from Satan for he became insane being unable to understand anything.  The first mention of death is by the Lord. This occurred after His commandment to Adam, forbidding him to  eat of the tree of knowledge of good and evil, under the penalty being death. Thus the idea of death originates in the Source of  life.  The question is whether or not this temporary death is good or evil, remembering that it is God’s idea.  Common wisdom claims  that death is bad and to be avoided for as long as possible. But is  this true?

According to Holy Scripture and tradition of the Church, there are two deaths, the unavoidable  physical death with which we just mentioned  and the avoidable second death with which we are less familiar. The first death  separates us from the material world. The second death is more fearful than physical death because, due to our foolish choice, it renders us unable to love God, but not from
Read more »
Posted by Unknown at 9:15 AM No comments:

NOT REUNION BUT RETURN TO ORTHODOXY

NOT REUNION BUT RETURN TO ORTHODOXY

WHAT AN ANATHEMA IS


The italicized sections are taken from:

A HISTORY OF THE CHURCH, Published by the Greek Archdiocese of  North and South America, Dept. Of Religious Education in 1969  (Part II)

“The lifting of the Excommunication Ban (anathemas) cannot by any means be interpreted as nullifying the schism between the churches of the East and west.  That which took place in this instance was simply a mutual gesture of good will between the two churches.” (P110)
(Archbishop Iakovos to the press on December 30, 1965.)

CAUSES OF THE SEPARATION

“The first of theological causes which must be considered is the Donation of Constantine, which was forged and  fabricated and allegedly gave the Bishop of Rome the title “Pontiff and Father of the Universe.”

OUR FATHER IN HEAVEN THE QUEEN OF HEAVEN

OUR FATHER IN HEAVEN
THE QUEEN OF HEAVEN

“Honor your father and mother, that it may be well with you that your days maybe long upon the good land which the Lord gives you.”

The Lord gave ten commandments to Moses which remain  in force for ever especially to us Christians.  Here we will consider the fifth commandment, which primarily concerns our own fathers and mothers and our duties, to obey them in our youth, and to honor and help them all of their lives, in a spirit of gratitude and love,  for they brought us into the world,  nourishing and protecting us from  many evils.

We are all brothers and sisters of Jesus Christ, and His Father is our Father. We  greatly honor our eternal Father and pray to Him, for He is most worthy of our love and devotion. Our heavenly Father is infinitely greater than our earthly fathers. God is our Father and the Theotokos is our Mother. As Christ instructs  us, we pray to our heavenly Father: “Our Father who art in heaven, hallowed be your name; your kingdom come, your will be done, on earth as it is in heaven. Give us this day our essential bread, and forgive us our debts as we forgive our debtors, and lead us not into temptation but deliver us from the evil one.”  It is worthy for us to love the Father, for God is love, from whom comes the Son and the Holy Spirit.  We are taught in Holy Scripture to love God with all our hearts, with all our minds, with all our strength and with all our souls, for He is worthy of our love, and we learned love from Him.

THE ANGLICAN AND EPISCOPALIAN CHURCH

THE ANGLICAN AND EPISCOPALIAN CHURCH

I WONDER WHY; WHAT ABOUT YOU?

The Anglican Church of England, and its American associates, the  Episcopalians, is what  I wonder about.  Why do we recognize them as Christians, intermarry our people to their members, recognize their baptism and orders, when it does not even resemble a church?

History:
Originally under the Papacy, in 1534, King Henry VIII of England,  proclaimed himself as  supreme head of the Anglican Church, or its own pope-king  He broke away from the Pope of Rome and the Papacy because they refused his request for a divorce or annulment.  He had  numerous  women and a total of six wives. He had two of his wives, Ann Boleyn and Catherine Howard  beheaded, making him an adulterer and  murderer; he was an egomaniac, certainly having no relationship  with Jesus Christ and His Saints.  So the Anglican/Episcopalian church is obviously  built upon a foundation of adultery and murder, worse than being built on sand.

Henry VIII ordered the clergy to preach against  icons and their veneration, the holy  relics of saints, signs and miracles, pilgrimages to holy places, and severely curtailed use of candles. As  England’s  pope-king, he forbade the commemoration of saints, and ordered the shrines of saints destroyed; he proclaimed relics as worthless old bones.  The head of the Anglican church forbad prayers to the saints.

The Episcopalians are  Americanized Anglicans, came from their mother church,  and are in communion with the Anglican church.    In the Episcopalian church you will find woman bishops, homosexual clerics, same sex weddings.

They do not venerate and exalt the Virgin Theotokos, or the Saints. Recently the Anglican church has expressed approval of the ordination of homosexual bishops, following the Episcopalian church.

As Orthodox Christians we glorify, honor an imitate the Saints, we proclaim the Virgin Theotokos as the highest of all creation, having given birth to God in the flesh. She is above every saint and all the heavenly creatures, including the Cherubim and Seraphim. We not only honor the relics of Saints, but also receive cures for many ailments from these relics, which to Henry VIII would be called superstition. We honor marriage as God honored it between a man and women with the prospect of good and noble children.

With all these facts before us, what I wonder is,  how can we remain in the same room as them, when they proclaim hatred for what we love, and dishonor what we honor? Obviously they have not heard the Christian  Gospel, but another which cannot possibly be  from heaven.   I wonder how we can we accept their baptism which cannot possibly be a baptism?  How can we honor her priests who are obviously pseudo-priests ?  How can we meet with them, and associate with them as friends, when they  belong to the institution that wars against Christ and His Holy Church, whose founder is a murderer and adulterer?
I wonder why they are honored and greeted by some of our fellow Orthodox Christians, unless perhaps they do not know these things. I wonder!   What about you?

Posted by Unknown at 6:16 PM No comments: