COPTICS ARE NOT ORTHODOX BUT REMAIN IN HERESY


Admitting the basic truth that Jesus Christ is both God and man, having two natures, they then destroy that true belief, by claiming that the two natures changed into a single nature (monophysite is the Greek term)
ORTHODOX TRUTH
If Jesus did not have a divine nature, He would not be God; if He did not have a human nature He would not be man. Natures are received in birth and the two births necessitate two natures. He suffered and was crucified in His human nature only for the divine nature cannot suffer, and He arose from the dead in His divinity.


How very sad it is that in their Dialogues with Oriental Coptics, the "Orthodox theologians" failed to live up to their responsibilities. They failed to speak the Orthodox truth intheir dialogues, and the Coptics did not leave error and accept truth . Failure to teach them the Orthodox truths regarding the two natures in Christ, the Orthodox "theologians" actually strengthened the Coptics in their heresy. The "theologians" gave them the idea that they had always been correct in their heretical belief, declaring them to be truly Orthodox, which they are not. Instead of bringing them into the Church, they pushed them further away, miring them deeper in wrong beliefs! 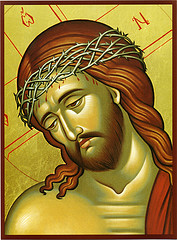 These Orthodox "theologians" have eyes but do not see, cause the Coptics to remain further from truth and salvation. If they had spoken the truth about their heresy, they could have placed them on the royal path to Orthodoxy and salvation. The Coptics declare themselves to be monophysites and declare this to the Orthodox theologians, and continually boast of it to the whole world. Instead of following the Holy Fathers of the Ecumenical Synods, the Orthodox "theologians", copied the error of the Coptics, by disrespecting all that is sacred, especially the four Ecumenical Synods with all the saints who took part in them, and the many Holy Fathers of the Church who unanimously opposed the Coptic heresy.