'TWAS THE NIGHT BEFORE JESUS CAME

'TWAS THE NIGHT BEFORE JESUS CAME


"Twas the night before Jesus came and all through the house
Not a creature was praying, not one in the house.
The family were relaxing at home without care
Not believing that Jesus would ever come there.

The children were dressing to climb into bed,
They had never learned to pray or bow their head.
And Mom in her rocker with baby on her lap
Was watching the Late Show while I took a nap.

When out of the East there arose such a clatter,
I sprang to my feet to see what was the matter.
Away to the window I flew like a flash
Threw open the shutters and threw up the sash!

When what to my wondering eyes should appear
But angels proclaiming that Judgment was here.
With light like the sun sending forth a bright ray
Shuddering, I realized that this is that Day!

The books were then opened and an angel read,
Jesus returned in glory judging the living and dead.
What good were my possessions and material wealth?
Vainly I wept, and hanging my head despised myself.

In the Book of Life where which was opened then
Was written the deeds of every single man.
Because I never knew Him He knew not my name;
I stood condemned having only myself to blame.

But all those whose faith and works were of light
Calling them sheep, He placed on His right
All others, as goats He angrily placed on His left side
And with them I in wretchedness and shame tried to hide

Then with the faithful He rose without a sound
While all the rest were left standing around.

Wailing and weeping, I fell to my knees, but too late;
Time had run out and thus sealed my fate.
Repenting and weeping were now not available to me
I was blind to the thought that this day I would see.

I stood there and I cried as they rose out of sight;
Of, if only I had been ready for this terrible night.

But alas, the worm of my conscience allows me no rest,
In the torment of Gehenna will I be with the rest.
Who never new Christ nor His Orthodox Church.
Never heeding the command to ask and to search.

Why, O why did I foolishly waste my whole life
This question cuts through me like a razor sharp knife.
I could have repented, receiving mercy and grace,
But having never run, I have forever lost the race.

In the words of the poem the meaning is clear;
The coming of Jesus to judge now draws near.
There's only one life and when comes the last day
Let's not be foolish, for then we will pay

Posted by Unknown at 6:18 PM No comments:

WHAT WILL BE OUR EXCUSE?

WHAT WILL BE OUR EXCUSE?


THE SPRING, SUMMER, AUTUMN, AND
WINTER OF OUR LIVES

Whether we live in a multiple season area or not, we are aware of the differences between Spring, Summer, Autumn and Winter, and these seasons teach us many things about the journey of our lives. We were all given freedom by the Lord to obey or disobey, to do good or evil, to believe or not believe, to live in hope or abandon hope. Because our freedom is great, so are the  responsibilities which come with our freedom are great. 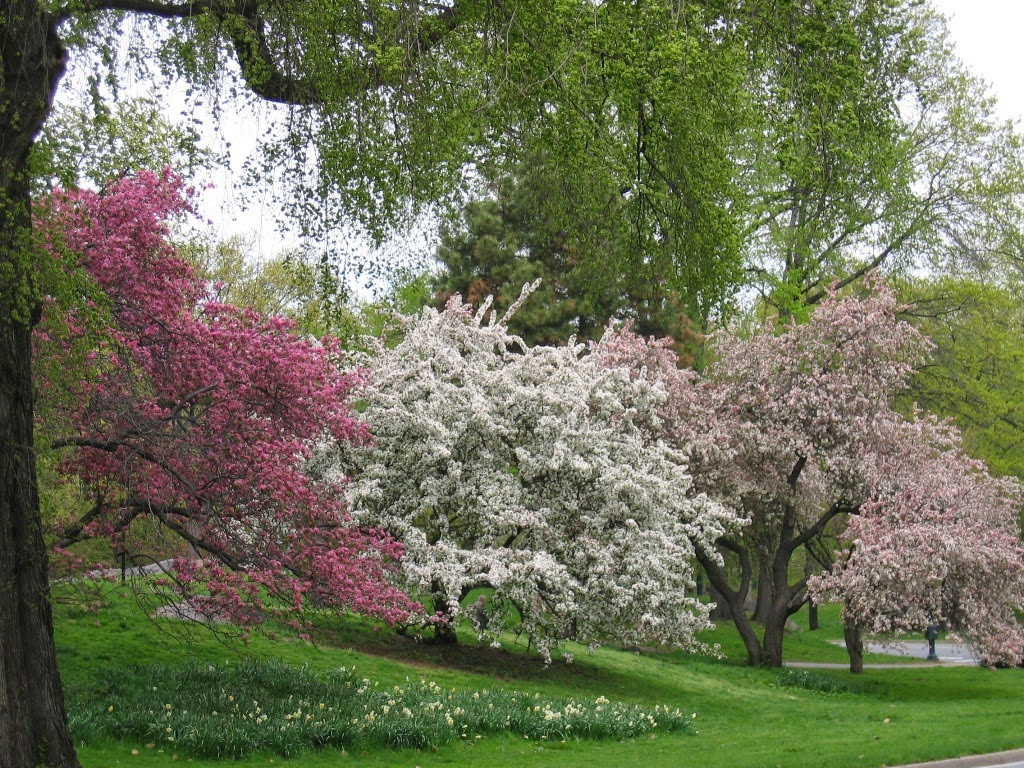 In the Springtime of our lives we are usually lively,  active, alert and inquisitive, loving life and this  time of life is accompanied with vigo-rous youth increasing as we reach teen and adult ages.  Our many thoughts

AGE BIRTH TO 29 YEARS
would be on professional careers or business opportunities, marriage possibilities and a variety of other things that youth contemplates. Our moral condition varies according to our bringing up  and the friends we choose.

We increasingly become more mature, and usually by the time we reach about thirty years, having leaving behind ignorance and frivolity of youth, leaving spring we enter the Summer of our lives. By this time we are either married or are thinking of it, education is completed or almost, and we move on to other mature endeavors. Some will be employed in careers or businesses which they freely chose and strive to work diligently to achieve success.  The youth and Spring of our lives having passed and we now enter the Summer of our lives we have great expectations.  We may raise a family and we watch our children entering the world following our footsteps on the same paths. We soon see our children as they enter the Spiring of their lives and understand how the cycle of life repeats. 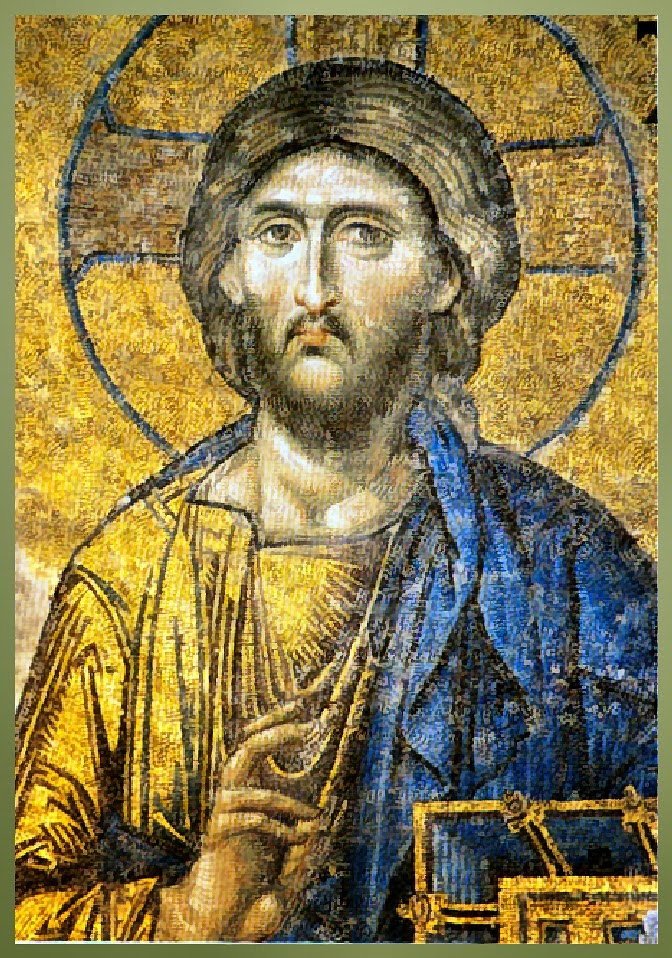 Our Lord Jesus Christ,  knowing the perfect ethical between himself and His own Father prays that it may be imparted to all those who shall believe upon Him through the word of His disciples and Apostles that they may be perfect  and blessed like the Triune God. “Neither do I pray for these alone, but also for them that should believe on me through their word, that they may all be one.”

Nations that have been christianized by the papacy and protestants are excluded from this prayer of Christ, because Christ prayed for the unity of only those who believe on Him “through their word”, in order that they may be one, but of course this does not include those who believe through counterfeit teaching.

This ethical unity when achieved, will persuade the world that the Father sent the Son into the world. What is needed is not the unionism of ecumenism as the ecumenists assert. When the whole world including papism, protestantism, Islam, and all other religions, hear the Orthodox preaching of the Gospel and the Church becomes zealous for

Jesus Christ, and abandon their heresies and errors and enter the Church through baptism, then they also can respond to the prayer of Christ and  become one, first with the Church and then with the Father, Son and Holy Spirit. This is the divine and perfect unity which Christ seeks for all His true followers, “that they may be one.”  This unity has no equal, for it is the natural divine unity of the Trinity, which is granted to man through the grace of God.  No human authority such as a Bishop or Pope can unify the faithful as one under them, nor does Christ pray for a flawed unity but for divine and holy unity, “that they may all be one.”

This perfect unity is observed in the Apostles, Saints, Martyrs and confessors , and it is what causes the Church to be One Holy Catholic and Apostolic.  Any one who has a different idea than the Trinity and the Church, disunites himself from the blessed unity for which Christ prays. It is said of such persons that they have their own opinions, and the word in Greek is eresia, or heresy.
Posted by Unknown at 6:17 PM No comments: 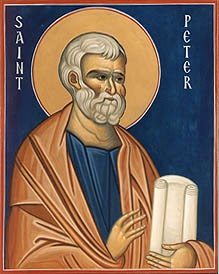 Although Peter was  martyred in Rome by crucifixion, he was not Pope of Rome

Proof: St Paul’s letter to the Romans:
“I am ready to preach the Gospel to you that are at Rome also” (Rom. 1:15). /Paul preaches to his flock and not Peter’s nor does he include Peter in his greetings to Rome.  Note elsewhere Paul says that he would not preach where the Gospel had already been preached. 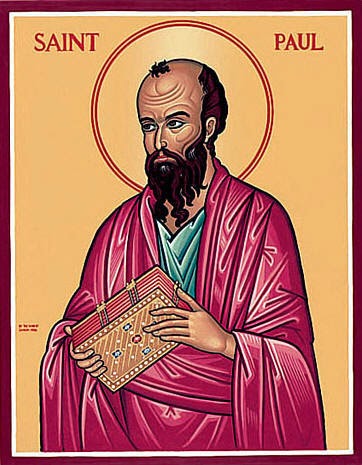 The sign of the Cross is powerful and effective.

A Father of the Church, praised in the fourth century the great veneration in which the sign of the Cross was held by Christians of his time:

“More precious than the universe, the Cross glitters on the crowns of emperors. Everywhere it is present to my view. I find it among princes and subjects, men and women, virgins and married people, slaves and freemen. All continually trace it on the noblest part of the body, the forehead, where it shines like a column of glory. It is made over sick animals, over persons possessed by demons, in war, in peace, by day, by night, in pleasant reunions and in penitential assemblies. It is a question of who shall seek first the protection of this admirable Sign.

The Papacy claims to be built on Peter, the foundation,  and somehow they interpret this as meaning the popes of Rome are his successors.  This is no different than saying, there is a stick in the corner, therefore it is raining out. They add that every pope is Peter, or a foundation  and has universal authority over all Christians in the world, and as of 1870, he was voted to be infallible.  Christ never told us that a pope of Rome would be our absolute head and the source of His authority. Was Christ negligent forgetting to tell us something so important as this? We will show that it is  a myth.

Here is what Christ says about the sequence of events.

1.  My Father worked up until the present time.

2. And now Jesus is carrying out the will of the Father.

3. Jesus promises to remain until the close of the age, and later ascends into heaven.

4. Jesus names His successor who is the Holy Spirit, saying:  “The Comforter will come, whom I will send from the Father, even the Spirit of Truth, who proceeds from the Father, He shall testify of me” (John 15:26).”  “At the time when the Spirit of Truth is come, He will guide you into all truth, for He shall not speak of himself, but whatever he shall hear that shall He speak” (John 16:13)

6. God the Father directed Abraham and his posterity, the Jews, sending the Prophets and promised the coming of the Messiah or Christ.

7. God the Son, took  flesh from the Virgin, was crucified, destroyed death and rose from the dead,
and promised the Holy Spirit.

8. God the Holy Spirit came down as a rushing wind and fiery tongues filling the Apostles and then all the baptized with grace. He alone is the Ruler of the Church, and we all have this Spirit, relying on no man, but on the Spirit of Truth as Christ instructed us.

9. At no time was any man in charge of God’s work, for it was the Trinity who worked out our salvation, a work which no man could do.
Posted by Unknown at 7:50 PM No comments: