If offered, who would not want to be certain of  entering the kingdom of heaven after death and dance in delight enjoying endless life with God.  However it is impossible to be offered or for us to  accept the Kingdom after death, for it will be too late. Just as it is also false that God is so good and kind that He doesn’t want anyone to suffer and so will forgive and accept everyone in His Kingdom.  Those who say such things need to read the Bible, and they will find that nothing unholy can enter the Kingdom. Nor will God take away our freedom of choice concerning good or evil.  He will not give us what we did not choose while living in this world. When we die, our ability to choose terminates for life is over. Here and now is the time to make choices, for after death is the time for crowns or weeping.

Our only guarantee of entering the Kingdom of heaven after death is to have already entered it prior to death. And because none of us have any idea as to when death will take us, and after death it will be too late,  the time for entering the Kingdom of heaven is now, while we are able.  For such a wonderful goal and destination we need the best possible guide. Who else but the God who became man, who is our Savior who did battle and destroyed the power of the Devil and sin over us, whom He loves with perfect love.  And He gave us the guarantee of  eternal life in His Kingdom. Saying that it was ours to accept, for: “the Kingdom of God is within you.”  So there is no other place to go, but to Jesus Christ, the Son of God in His Church, from whom we will get all the answers.  Jesus Christ is the living Truth who descended from heaven and greatly desires to teach and  save all of us as He brings us into His eternal Kingdom.  This is the truth, if we desire to enter the kingdom of heaven after we die, we can only do so if we enter it before we die.

The first step is stop living for this world alone with its eventual physical and moral corruption. Instead we must turn and heed the cry of Jesus and John the Baptizer when they went out to preach the Gospel, for they both called the people to immediate action, saying:  “Repent, for the kingdom of heaven is here.” The call for repentance is extremely critical being the first step. The word for repent in the Greek original means to change our minds or our thinking  (metanoeite). We have to differ from the general populace of this world who live only for the present materialistic  life. The world is full of sin and iniquity and offers us material things and pleasures alone, but not the Kingdom of heaven, which is not of this world.
Read more »
Posted by Unknown at 5:00 PM No comments:

NOT ATHEISM – POLYTHEISM ARE GODS OF TODAY”S WORLD

Modern man, in general, has become completely occupied in serving the above mentioned gods. Science, inventions and technology continually supply man with many new and advanced devices. Politics occupies many minds and some may believe the promises of the politicians so much as to quarrel and fight over them. Fashion is a continuous attraction, influencing how hair ought to be fixed, what cosmetics will glamorize best, and what clothes to wear to look good.  They suggest  that it is better to look beautiful, and what clothes they ought to wear. These five gods consume most tof modern man’s time, leaving precious little time for anything else. The anything else is where the greatest attention is needed!

Science and inventions have enabled technology to supply electricity, water, gas and oil to provide power and heat. Science has produced great medical advances, and treatment and cures have been discovered for various sicknesses and diseases.  Sadly killing babies has become a medical procedure. Handheld devices are seen everywhere, and people are frequently looking, talking and texting. Some people, at times almost like zombies, they lack any real social contact with others, as they communicate without speaking. Ships, submarines, automobiles, airplanes, space travel even to the moon are established. And many praise man with the famous humanistic praise ¨Man can do anything!”  This is the glorification, not of God, but of sinful man! Radios and television, computers, I-phones with more and more promised by the gods makes the flow appear endless.  Cursing and blaspheming has been popularized and marital relations have been redefined, formerly it was the intimacies of husband and wife, but now it has been reduced to fornication.

Science offers the know-how to technology who creates devices which offers communication with others, such as entertainment, photos and letters, which also requires much time and effort. Death still threatens everyone, young or old, but there is little believe in life after death or the terrible judgment, for God has been rendered as if powerless in the minds of men, and cannot punish anyone. With many this is not even considered for people are preoccupied with the devices and toys given them by the gods.


“And He shall come again in glory, to judge the living and the dead, whose kingdom will have no end.” 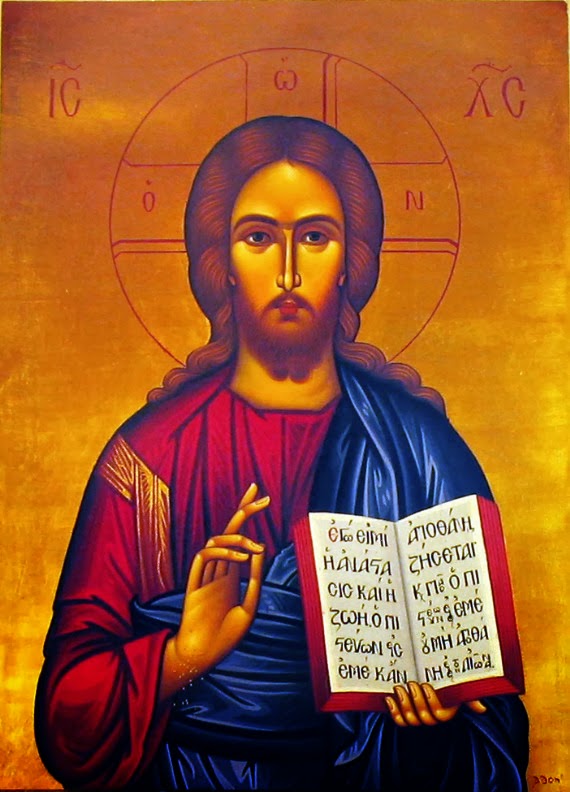 Repeatedly, in the Creed of our Orthodox Faith, we show our faith and strong belief in one Lord Jesus Christ, the Son of God . . . “who shall come again in glory to judge the living and the dead.” We repeatedly confess this in Church expressing our inner belief in words of the Creed. There is another witness to the final judgment that accuses and excuses us, which is our conscience through which God communicates with us. Our conscience reminds us, at times stinging us when we do wrong and other times praising us when we avoid evil and strive to do only good. A good conscience is a blessing which causes our souls to be at rest and peaceful, a contribution to our happiness in this world.

Will there be a judgment, some  ask doubtfully and if so, why? The answer is emphatically yes, and the why is testified to by the fact that it is very natural to be judged as we are presently subject to numerous  judgments by others in  many aspects of our lives. This is because we are free and therefore responsible for our thoughts, words and deeds, and freedom always bears responsibility. Whether attending school, at work, in business, or in any other endeavor we are frequently subject to various sets of rules and laws which we must obey under the threat of punishment or the promise of reward by continued freedom and possible gain. A man steals from his employer and is terminated,or goes to jail and often both. Another man is faithful to his employer and enjoys a peaceful and productive life and perhaps a pension. In every aspect of our lives, because we are free, we undergo judgment, whether walking, driving, sitting, standing, whether in schools, universities, or politics. Wherever there is freedom of decision and action there is necessarily responsibility for actions whether good or bad. Freedom is conditional and can be either suspended or taken away taken away from us in the form of punishment and confinement.