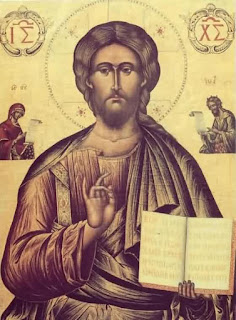 Recently published statistics by Pew Research has established that around 50 % of Young Orthodox leave the Church.  Many of us see in our own communities the truth of these statistics as the churches are practically empty on Feast Days, and very diminished on  Sundays. Few are the younger people who remain in the Church Why is this so and what can be done about it.

This should send out alarms to our hierarchs involved in ecumenism and the papacy to abandon these fruitless endeavors and return to preaching the Gospel in their churches. This is what their function ought to be. The Bishop should directly represent Christ and be like Him, humble and meek, filled with love and peaceful. Every one of us clergy and laity will one day be judged for what we have done or failed to do during this present life.

Our Lord reminds us:
“The Lord is not slack concerning His promise; as some men count slackness, but is fore-bearing toward us; He is not willing that any should perish; but that all should come to repentance”     (II Pet.  3:9).

The tragedy of our days is the lack of fear or love of God, the lack of preparing for the great day of His appearance. Our unbelief will never cancel God’s firm promise which is sure to come, for God is “not slack concerning His promise” As certain as we are of death which is to come, so we should be just as  certain of the judgment that is to come
Read more »
Posted by Unknown at 7:29 PM No comments:

There are two natures in the human soul which  are developed in  accordance with what the desires of its affective faculty, and what it rationally decides  through the cognitive faculty. The body strives to use the faculties of the soul to satisfy itself. It contends against the spiritual nature and thus the fleshly or carnal faculties can  become tyrannical, because the desires of the flesh and of the spirit are contrary to each other. From the spirit of God the soul’s affective faculty receives good things.


For many years there has been much confusion among different Orthodox writers concerning  the components of man and the difference between man’s soul and spirit  and this has been going on since days of old. This may shed some light on the subject.

Regarding the formation of Adam the Bible says: “And God formed man out of the clay of the earth and breathed into his person a breath of life and the man became a living soul.”  There are three things shown mentioned. Man, body and soul lifeless from clay, the inbreathing from God of a breath or spirit of life, “and the man became a living soul.” So the first man is body and soul from the clay of earth and an enlivening spirit breathed into Him from God’s spirit. Therefore, man’s life is derived from the spirit of God. Confirming this is the Scripture statement of death: “Then the clay shall return to the earth as it was; and the spirit shall return to God who gave it” (Eccles. 12:7). Death occurs when the return of the spirit of life returns to God, the body is buried in a shallow grave and the soul descends into Hades, according to Scripture. Man is therefore, formed in the image of God for he is one and also three, body, soul and spirit.