THE PROPHECY OF ST. AGATHANGELOS

THE PROPHECY OF ST. AGATHANGELOS

He prophesies that Germany will be the instrument
that brings holy Orthodoxy to the west.

“Constantine began and Constantine shall lose the Byzantine Kingdom of the East. Son of man, number from the first Constantine until the twelfth number of the same name, and you will find the number [year] in which it will happen.

God has decided and fixed the divine resolution, ascertained to be genuine, shall be irremovable. It will be fulfilled during the fourth hundred of years, from the fifty-second to the fifty-third, in which the vast kingdom shall fall into the hands of the Saracens; and the houses will be spoiled, the holy churches sullied, and the believers persecuted until the eighth century decisively; because God wants that the people should learn His justice and feel the weight of His omnipotent hand and return to Him, and then become spiritually able and well acceptable . . . .And in  the manner of the Jewish people were subjects of Nebuchadnezzar, so will this people be subject to the impious Hagarenes until the determined time, and they will remain captives under the yoke until the approximate completion of four hundred years”.

St. Agathangelos wrote his prophecies in 1279 A. D. Thus he mentions only hundreds of years fro the beginning of the millennium [1000]. Constantinople’s fall would take place in the fourth hundred  [of years] from the 52nd to the 53rd year i.e. 1453.  While the liberation would occur after nearly four hundred [years] after 1453.  And so this happened. In 1828 the first government of the Greeks was formed; 1828 -1453 is 375 years or almost four hundred exactly as prophesied.

Ieronymous Agathangelos flourished in 1279 A.D. He was a Priest-monk Confessor and lived in a Cenobitic Monastery for 51 years.  In his 79th year of age, as he says, at Messina in Sicily; and at dawn on the Sunday of Orthodoxy, he experienced a majestic vision by which was foretold to him:

a. The fall of Constantinople, including the date and time of the Hellenic liberation from the Turks.
b. The shaping of European history after the said fall.
c. Western Europe’s apostasy, through Martin Luther against the Pope.
d. Napolean’s action, his campaign and his doom in Russia, about which he says surprisingly: “O Frenchmen, where are you going? The new king leads you to the slaughterhouse, and you shall leave your lives upon the high mountains; and your enterprises shall be manifestly abandoned.”

e. Partition of Austria and Hungary and banishment of the Kaiser after World War 1.

f. The previous Soviet system of Russia. The defeat of Germany after World War I and its dismemberment into two Germanies after World War II. The Prophets said: Germany, Germany, why are you so proud? You will be divided into two.

“But know that one of your sons of the same blood shall return against you and detests of the Latin [papal] dogma, and become the head of the heretics [Martin Luther]. I see your friends alienated, and introducing as many novel heresies as there are colors on the wings of the white swan [which Agathangelos saw in his vision.  I see the holy days repelled, the faith lame, your church without a guide, a ship without a rudder//, and lacking a captain, and your faith is groundless.

Great is the corpse, O God!  But wonder, O son of man, because even from this heretical Germany and through her, truth and the veracious worship of the Orthodox faith shall rise.  She [Germany] shall most firmly and more than any other nations vindicate the Apostolic Truth, the eastern dogma shall again shine in her!”
Posted by Unknown at 7:33 PM No comments: 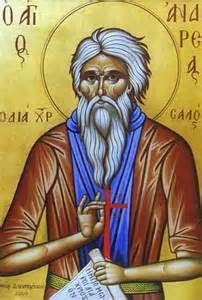 This town (Constantinople) ruling over many nations will be unconquerable by the nations, and unsubdued, for God’s Mother has kept it from such a fate, through the protection of her own wings; and by her mediation it will be kept invulnerable. And there is a prophetic word saying that the Hagarene (Turk) nation will come into it and will slay large crowds of people with the sword.

And I myself say that also the blond nation [Russia] shall come into the town, the nation whose name is the 17th letter of the 24 letters recapitulated (Greek Rho); but it will come in and they will strew the ground with corpses of the sinners, and woe to them from the two branches whose swords moving like a breeze, and sharp scythes too, mowing wheat in summer, will not return to their places anymore, and neither will they stay here . . .  Because, in the last days God will raise a king, from poverty and he will reign in justice; and will abolish every war, and he will take cause that the poor become rich, and there will be peace the way it was in Noah’s days, because none will wage war.

In those days men will become rich in peace, and in deep calmness, eating and drinking, getting married and making marriages, living in much freedom, unmindfully relying on earthly things; and owing to the lack of war on earth, they will cut up their swords and change them into scythes and agricultural tools.

And after that he will turn toward the East and will humble the sons of Hagar; because the Lord will be angry with them because of their blasphemy, blaspheming our Lord Jesus Christ, and because of the sodomy  which they practice.
And many of them, receiving holy Baptism will become agreeable and will be honored by the devout king; as to the rest of them, the king will destroy and burn and put the rest to death.

In those times all the planet will be restored; Also Illyricon of the kingdom of the Romans (Greeks); and Egypt will bring her treaties. And he will lay his right hand on the nations all around; and he will tame the blond nations; and will defeat those who hate him; for thirty and two years he will govern the kingdom.

He will not impose taxes for twelve years and will not accept gifts. And he will raise the shattered altars and will have the Holy Churches rebuilt.
There will not be lawsuits in those days, and neither wrongdoers or wronged people; because all the earth will shrink from before his face and he will, through fear, make the sons of men be prudent; and he will exterminate those magnates who will transgress the law.

Saint Andrew through a heavenly revelation became a fool for Christ. He lived in Constantinople, also called Eptalophos,  being situated on seven hills. Inspired by God,  he reveals important events that will occur in the future, and have occurred just as he prophesied, thus he was a true prophet of God..

He prophesies:
Constantinople will not be subdued
The Hagarenes will enter the city and slay many
The blond nation ( Russia) will come into the city
Identifies that nation as beginning with the Greek rho or R for ROS or Russia
They will come in with strange weapons, swords like a breeze, meaning bullets, missiles, bombs, etc, not steel swords which return to their places or sheaths.
After horrific battles an era of peace will begin, “men will be rich in peace”.
A cessation to all war on earth.
Hagar refers to all Moslems who constantly blaspheme Jesus Christ.
From their minarets the blasphemy that God is not the Holy Trinity and Mohammed alone spoke for God.
Hagarenes will be humbled and some will  accept the truth for the Saint says.
Many Moslems will accept Christ and be baptized.
After a  Devout king will reign and rule in peace, but first will come great destruction.
Posted by Unknown at 6:38 PM No comments:

PROPHECIES FULFILLED AND TO BE FULFILLED

PROPHECIES FULFILLED AND TO BE FULFILLED 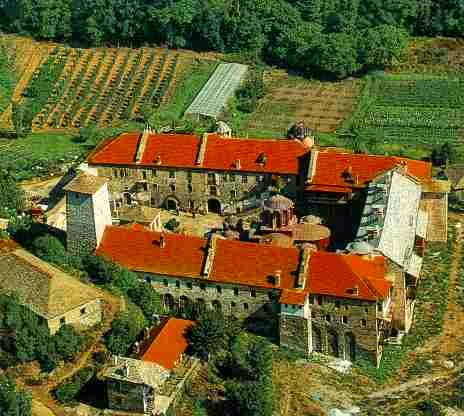 ALREADY PARTIALLY FULFILLED,
SEE WHAT HAS AND HAS NOT BEEN FULFILLED

2. Defeat of German; the catastrophe of Russia and Austria

3. Defeat of the Turks by the Greeks

4. Reinforcement of Turks by the western nations and the defeat of the Greeks by Hagar

6. And great anxiety for the Orthodox

7. Invasion of foreign troops from the Adriatic Sea. Woe to those on earth; Hades is ready!

8. The Hagarene (Turk) is great for a moment.

10. Union of Orthodox people with Germany.

11. Defeat of the French by the Germans.

12. Revolt in India and its separation from England.

13. England left to the Saxons alone.

16. General despair on the earth.

17. A battle of seven states in Constantinople.  Slaughter for three days and nights. Victory of the largest state over the six states.

18. Alliance of six states over the seventh.  Slaughter for three days and three nights.

19. Cessation of the war by an angel (of God and of Christ), and delivery of the city to the Hellenes.

20. Submission of the Latins (Roman Catholics) to the faultless faith of the Orthodox believers.

21.  The Orthodox Faith shall move outward from East to West.

22. The barbarians fearing and trembling at it.

23. Discharge of the Pope and the proclamation of one patriarch for all of Europe.

24.  In five and fifty years, the end of afflictions, and in the seventh there is no miserable man, there is not a banished man, returning into the rejoicing Mother’s arms (the Church).  So shall it be and we wish it to be. Amen. Amen. Amen. I am the Alpha and the Omega, the First and the Last. The End, one flock and one shepherd shall there be, from the true Orthodox Faith. We wish it be done. Amen. Amen. Amen.  (A slave of the true God’s Christ)

VERSE  BY  VERSE
OUR INTERPRETATION  OF  FULFILLED  PARTS