PAPAL ANATHEMAS AGAINST EVERYONE


PAPAL ANATHEMAS AGAINST EVERYONE

WHY THEY WILL NOT COME TO ORTHODOXY
THEIR CLAIM: WE ALONE ARE THE CHURCH

Do not be blinded by their nice attitude!

Beneath the hypocrisy is the truth of the papacy

Papal Dogmas include not faith and morals but submission!

“If anyone say that the Pope has only the office of over-seer or of manager,  but not the full and  supreme authority of sovereignty over the whole Church, not only in matters of faith and morals,  but also in the matters of discipline and of government of the Church throughout the world . . . let him be anathema.” (Vatican Council 1870)

In 1964 the Latin-minded, Patriarch Athenagoras surrendered his own Orthodoxy, and  proceeding without authority,  he “lifted the anathemas”  against the papacy.  This was an empty gesture only for publicity, 1. because a Patriarch is not the Church.  No patriarch represents the whole Church.  2. Anathemas can never be lifted because they are always  permanent. They are issued against a heresy and wrong belief., which always remains a heresy and wrong belief A person under an anathema can reject his heresy and return to the Church, coming out from under the anathema which remains irrevocable. The papacy clearly shows its fraudulent intentions, for they know that they can never  lift their own permanent anathemas against the  Orthodox, for it beyond their authority.

These anathemas issued by the Popes of Rome always remain in effect against all Christians of the world who refuse to commemorate, recognize, and submit to the authority of the Pope of Rome who fancies himself to be Christ’s infallible vicar.

In the year 1870, (Vatican Council 1)  the Pope of Rome declared an anathema against everyone outside of the Papacy. That is, against anyone  who did not accept the Pope as the Supreme Pontiff, and infallible Head of the Church,  successor of Peter and Vicar of Christ.  They declared the Pope to be judge over everyone, but he cannot be judged by any man,  for they imagine  the Pope alone among men is being infallible.  The following dogmas of the Roman Church which remain are  unlifted anathemas against all Orthodox Christians. Assuredly they can never  revoke them, these dogmas being the entire foundation of the papacy which hold it up, and without these dogmas  the Roman papacy would collapse, and  fall into a crumbling  heap.

These are The Official Dogmas and Anathemas of 1870
They remain in force as long as the papacy exists.

“ When the Roman Pontiff speaks ex cathedra on matters of faith and morals . . .  as pastor and teacher of all Christians . . . he possesses the divine assistance promised to him and blessed Peter, that infallibility with which the divine Redeemer redeemed His Church. If any one shall presume to contradict this our definition,  let him be anathema.”

“If anyone say that the Apostle Peter was not appointed by Christ as the first and chief of the Apostles,  and visible head of the Church militant,  or that he received immediately and directly from Christ only honorary primacy,  but not the primacy of truth and essential jurisdiction,  let him be anathema.”

“If anyone say that Peter does not have continual successors in accordance with the ordinance of Jesus Christ Himself with respect to primacy over the whole Church, or that the Roman Pontiff is not by divine right a successor of Peter the Apostle in the matter of primacy,  let him be anathema.”

“If anyone say that the Pope has only the office of over-seer or of manager,  but no the full and supreme rulership of sovereignty over the whole Church,  not only in matters of faith and morals,  but also in the matters of discipline and of government of the Church throughout the world,  or that this papal authority is not canonical and immediate,  not only in regard to each and every church,  but also in regard to each and every one of the pastors and of the faithful,  let him be anathema.”

Dialogues with the Papacy are wasteful, foolish and a betrayal of Orthodox dogmas. These official Vatican dogmas clearly show the papacy's real intentions, the capitulation and elimination of the Church founded by Christ– Holy Orthodoxy. Holy Scripture forbids dialogue with heretics. Outside of Orthodoxy is desolation and wilderness.

THE BRAIN - THE IMMATERIAL SOUL -THE CONSCIENCE

THE BRAIN - THE IMMATERIAL SOUL -THE CONSCIENCE

The thinking of modern man has been affected  by psychologists and society in general  that the brain, which no one denies is simply matter, is the origin and only source of human ideas, cognition, memory, feelings and reason.  Most people do not realize that these very  things attributed to the material brain are actually immaterial.  But  the origin and source of ideas, etc. which are  immaterial cannot possibly be derived from the material brain. In fact anything that is not matter in man is necessarily spirit. All matter has shape and form and other attributes by which we identify them, such as wood, steel, gaseous, large, small, soft, hard, the human body,  etc.

The  human soul is  the center of man, and it has three faculties, 1. the thinking or cognitive, 2. the feelings or affective and,  3. the deciding faulty which is the will. These three faculties are parts of the composition of man, but man is much more than these faculties. There is a breath of God in every man, and this makes each man responsible to Him who gave him that breath , for in that breath man was granted more than life. What God gave to men exalts him above all creation, but also causes man to be responsible for his thoughts and actions which is his  blessed freedom.   In Psalm 103 God speaks through David saying: “When you turn your countenance away, they shall be troubled; you shall take back their spirit, and they shall vanish, and they shall return to their clay”(verse 29) Death is nothing more that the Lord taking back His Spirit which is our life.

The function of the brain is not well understood by scientists  and they are still trying to find out how it works. We are certain that 1. The brain is matter; 2. It cannot be the source of spiritual things. It is a control center,  directly and indirectly  controlling many functions in the body, and it is through  the brain that man communicates both to his body and to others beings To communicate spiritual things, such as ideas, the brain must be directed  by a spiritual entity, which is the human soul.

Here is the account found in the book of Genesis describing man’s actual creation:  “And God formed man out of the clay of the earth and breathed into his person a breath of life and the man became a living soul” (Gen. 2:7). After God had formed man He added spirit from His Spirit and the man cognized that he existed, the existence of the world around him and God, who visited  and communicated with him  through the spirit, and His presence rendered man to be content and  happy.  Thus, man is body, soul and spirit with these three faculties, intellectual or cognitive, feelings or affections and volition or free will. It is freedom that elevates man, making him capable to obey or disobey, to love God above everything,  or if he chooses to become disobedient and  worse than the beasts.

Conscience is immaterial, and the word in biblical Greek or English means “knowing with”. If a person is honest with himself and listens to his conscience, he will hear a different voice than his own, sometimes it praises and often it rebukes, usually in a soft gentle voice. This is the voice of the Creator who has always and will always speak to men. St. John the Theologian speaks of the conscience within us: “Brethren, hereby we know that we are of the truth, and shall assure our hearts before Him.  For if our hearts condemn us, God is greater than our hearts and knows all things. Brethren if our heart does not condemn us, then we have confidence towards God”                      ( John (3:20-21)

If we live in sin and love sin, we will do everything to silence our conscience, which when rebuking us becomes annoying offering little comfort.  But the pleasure of sin can be more preferred than the rebuke of the conscience until eventually a person will succumb and  remain in sins. This is a miserable way to leave this world and go to the next life.  Shutting down the conscience is attempted  by loud and continuous music communication, entertainment, cell phoning, texting, keeping as busy as possible and trying to never be alone, seeking more and more pleasures. The conscience seeks to assist and help us to give up the sinful life and seek a good end and eternal life, so it is our best friend. But we have an enemy who whispers contrary things to us: He says:  Go ahead, try it, take it, nobody will know,  you’ll like it, nothing is beyond this life, enjoy all you can before you get too old. Encouraging us in our sins he keeps us in his jail, an unfortunate  prisoner unable to escape the bonds of sin.

But thanks be to Jesus Christ, who by His death on the Cross, destroyed the tyranny of the Devil who has held us in bitter bondage. He established His Church to cleans and purify us, to free us and forgive our sins and to rid us of vices, replacing them with divine virtues.  Through His sacrifice on the Cross, He has made available to all, the cure for sin, which is in the Holy Eucharist after confessing our sins. Through the Cross joy has come into the world!. The Body and Blood of Christ deifies man’s spirit, nourishing and filling him with joy and exultation and a  source of joy to others. The Church Christ founded , wherein He dwells, has endured for two-thousand years , just as He promised, and will endure to the end. It is known as the Eastern Orthodox Church, the One Holy Catholic and Apostolic Church.
Posted by Unknown at 8:42 PM No comments:

Condemned by the Church in Fourth Century 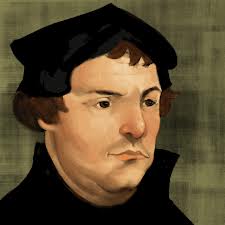 The doctrine that divides Protestantism also unites them in the same ancient heresy. This heresy was held by the Acephalites and was called the Severian heresy. This heresy is exactly what most
Protestant sects practice to this day. They are without excuse for they know that they are outside the Church and instead of returning they follow the Severians.

1. that the Church does not need bishops, priests, or deacons.

2. that each man is his own bishop and priest,

3. that each have the right to interpret the Holy Scripture in his own way.

4. that each can teach others as he himself understands and believes.

The Church condemned this heresy and man made doctrine in the 4th century AD.

Thus the Church condemned the Protestant movement a thousand years before it came into existence as a loud protest against the iniquities and tyranny of the popes of Rome..

They also ally themselves with the arch-enemies of Christ and the Church being iconoclasts, that is, against honoring sacred images and the Cross.

They do not honor what Christ honors, the Saints, the Apostles, the Church Fathers, the Martyrs since the beginning, the Theotokos and Virgin Mary, on whom they heap dishonor.

There is nothing new under the Sun and most heretical doctrines were dealt with in the first Seven Ecumenical Synods of the Church.

Posted by Unknown at 6:55 PM No comments: