“Christ is risen from the dead;
trampling down death by death;

and upon those in the tombs bestowing life.” 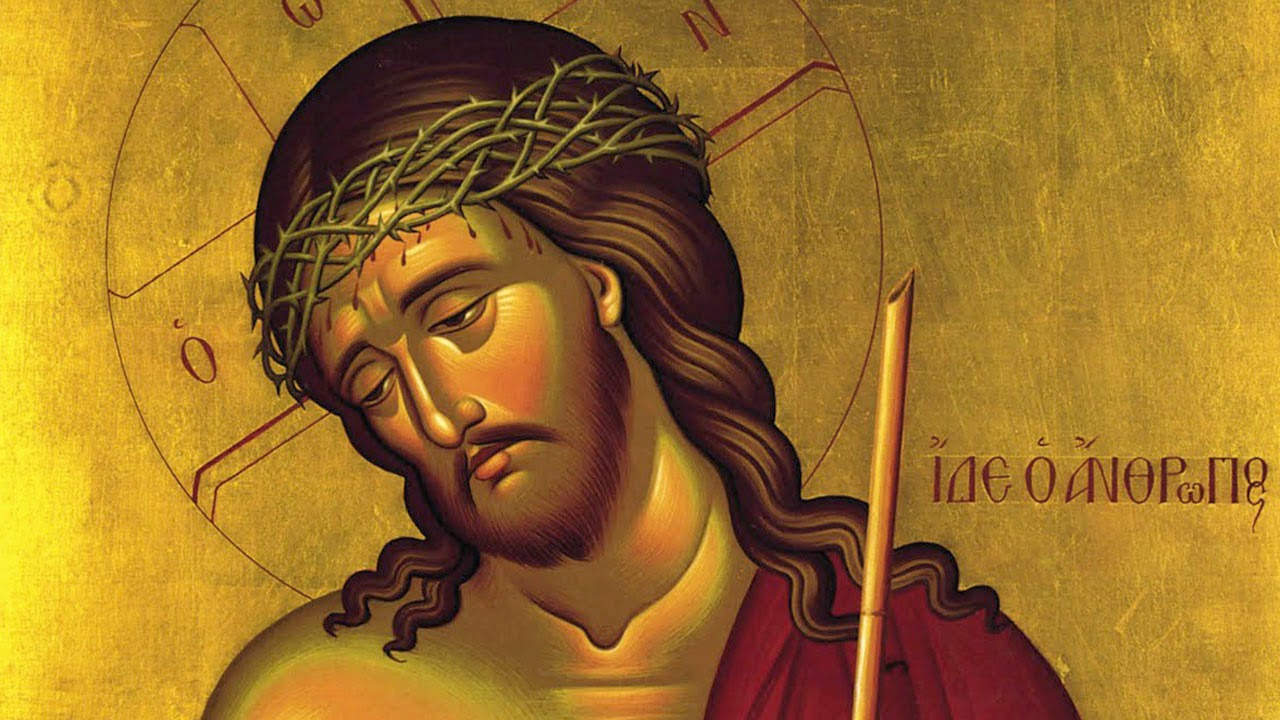 We are all born as infants who eventually when we  reach adulthood, many of us marry and have babies maintaining a continuous cycle of birth and death. But all of these birth’s into this present life are not perfect births into a final true life but are births into a temporary life, which sooner or later, ends in death. It is not the way things were created as we were created and endowed with life. While death came from an enemy/ The present life is not the true life for being imperfect always ends with death which often seems premature and is usually undesirable. Necessarily there is a life far superior to this life and it is Pascha  or Passover of Christ which is that true and everlasting life, and passes over from this life to that much desired life.

When the Jews  sought to be free from the yoke of the Egyptians, many unsuccessful attempts to secure their release failed except for one which brought about their release, and that is called Passover or Pascha!  (Note “Pascha” is from the  Hebrew meaning Passover. The Lord instructed Moses what the Jews must do when He sent the angel of death to strike all the firstborn in Egypt, to secure releases of the Jews from slavery. But the angel would not strike those who had the blood of a lamb on their doorposts. When the Jews applied the blood of the lamb, the angel striking the first-born of Egypt would “pass over” the first born in their houses and they were saved from death by the blood of the lamb.

After hundreds of years of slavery and captivity, Pharaoh was compelled to  release them, causing great jubilation and happiness among the Jews, for  God procured their release from captivity by means of the blood of the lamb. Jubilantly they sang and danced in the celebration which continued for days, giving thanks to Moses and glorifying God for their deliverance and new found freedom.
Their own parents and grand parents had been slaves but they were now, by divine intervention, and the blood of the lamb a free people, and their joy knew no bounds. But this Passover was not the  greatest Pascha, but was the type of another Passover, which would be the greatest  event that could ever take place, beginning with the advent of Jesus Christ, the lamb of God. 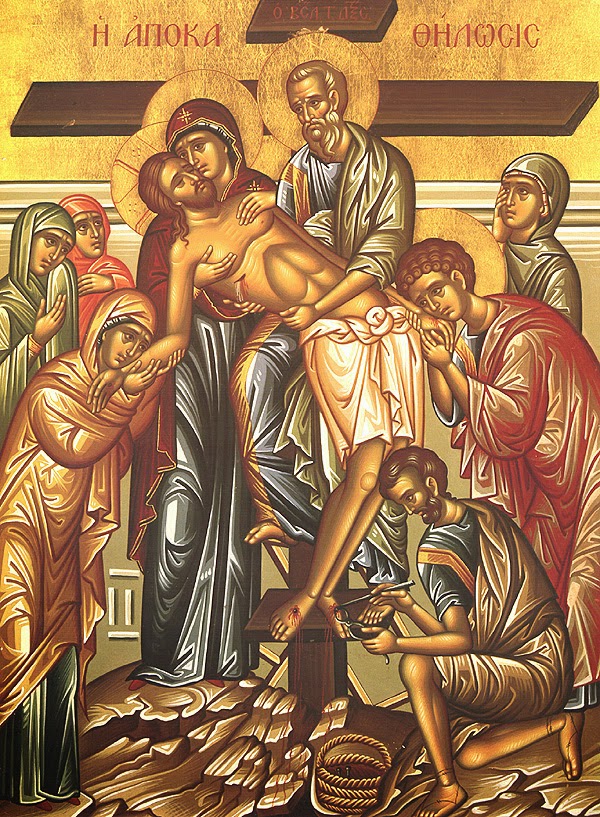 In the fullness of time, Jesus Christ the eternal Son of God, came into the world and became also the Son of the Virgin Mary.  Born of her after dwelling in her womb for nine months, He was fulfilling the eternal plan to save man who had been estranged from God due to sin. He will wage war against the instigator of sin and enemy of both God and man. He reconciled man with God, by offering himself as the perfect sacrifice s which will bring salvation to the entire human race. God alone could not save us, nor could man, but only the Godman was able to bring salvation to the world.  The Evil one by the authority of sin and the law, wreaked havoc on the human race, inciting men to evil deeds and fomenting fighting and war between them. Though peace and mutual love was desirable with the promise of happiness, it was rarely seen among the sons of men. 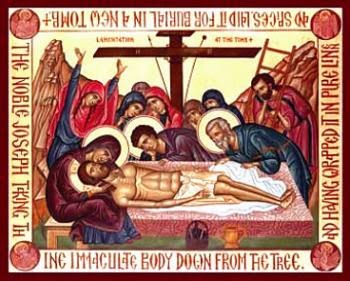 The evil one, having deceived the first man and woman, possessed great authority and power by which he inspired evil thoughts and actions among men. He did not realize that his days were numbered from the time of the incarnation of the Logos. Nor did he know of the trap which was prepared to strip him of the tyrannical authority over men. This trap is the  Cross upon which Christ would ascend, sacrificing himself for the salvation of man. The Jewish priests and leaders brought Christ before Pontius Pilate and upon the testimony of false witnesses and false accusations, they demanded the death of Christ.
Read more »
Posted by Unknown at 5:18 PM No comments:

LIVES OF THE POPES
Part 4   (The Final Section)


Pope Clement V (French) did not obtain his elevation to the papacy without first promising important concessions to the King of France. He resided chiefly at Avignon – far from the chair of Peter – his successors followed his example for no less than seventy years – writers call this period the "Babylonish captivity of the Church.”

Pope Alexander died in the year 1410 from poison. His death in such a sorrowful manner was ascribed to his successor Pope John XXIII, whose election to popedom astonished the world. He was brought before the Council of Constance, charged with the most monstrous crimes, almost any one of which would have brought a common offender to the scaffold. To none of these charges did he offer denial or defense.  During this period there were three popes at once.  The said three popes were, Gregory XII, Benedict XIII and John XXIII. The Council deposed the whole three, and Pope Martin succeeded them. The humble deportment of Pope John saved him from death, and he spent many subsequent years in prison.

The hands of Pope Nicholas V were stained with the blood of Porcari and nine of his confederates, who were hanged from the battlements of St. Angelo. The crime of Stefano Porcari the noble and honorable Roman was that he urged his countrymen to ask the new pope to give them tuitional liberty.

Pope Sixtus who succeeded Pope Paul II had several illegitimate sons who, for enriching them, seized on the estate of one of the nobles of Romagna with the intention of conferring them on one of these children, and the story of the trouble fills a volume. The Pope formed a plot for the assassination of Lorengo’s whole family out of revenge against him, because he interfered on behalf of the injured man. For two years this Vicar of Christ filled northern Italy with bloodshed and terror, and if it were not for the conquering Turks entry to Italy and the  taking of Otsanto, God only knows what he would have committed in crimes and iniquities.

LIVES OF THE POPES
Part 3

Emperor Frederic Barbarosa was compelled to seek reconciliation with Pope Alexander III. An interview took place between the two at Venice in 1177, and it is related that when the Emperor kissed the feet of the Pontiff, he placed his feet on the Emperor’s neck, apostrophizing himself in the language of the Scriptures: “You shall tread on the adder and the lion.” It was this pope who first gratified the pride of the Roman clergy by parading through the streets of Rome, having his horse led by two powerful monarchs, Henry of England and Louis of France, who reverently held the bridle while the pope rode to his habitation.

When Pope Celestine III was performing the ceremony of coronation for the Emperor Henry VI with all the usual solemnities, on the monarch’s bending his knee before the pope the proud pontiff rudely kicked off the crown which he had just placed on the Emperor’s head, to show that he could with equal ease, confer crowns and take them away, an instance of audacity to which history hardly furnishes a single parallel. To such a perfect contradiction had the popes arrived of the example of Him whom they pretend to represent and who emphatically said: “Learn of me, for I am meek and humble in my heart.”

Concerning the “Holy Inquisition”, it was established in the thirteenth century by Popes Honorius II, Gregory IX, and Innocent IV, to try people for heresy. We cannot fully describe the terrible prosecution of the Albigensians and the Waldenesians in which no fewer than a million lives were sacrificed, and thousands were forced to flee from homes of their childhood,  and endure the horrors of poverty under new forms of persecution. Pope Innocent said in his bull to the nobles and princes , who would take arms in the cause of destroying the heretics: “We exhort you to destroy the wicked heresy of the Albigenses, and do this with more rigor than you would on the Saracens themselves,” promising the murderers seats of honor in Paradise, and the remission of their sins.

From the year 1233 onward to 1687, the severity of the inquisition, imprisonment, torture and the stake, continued to be inflected on the Waldenses, supplemented by occasional “crusades.” The most notable of these took place in 1418, under Pope Innocent VIII, when among other barbarities a multitude of fugitives – men, women and children – were mercilessly smoked to death in an alpine cave.

This tragic slaughter  took place in France and has no equal in modern times and which is written in dismal characters upon the annals of the French nation and in the history of the church of Rome. Seventy-five thousand unoffending and unresisting victims, who were considered as heretics to Rome. The rivers of France were dyed with the blood of these innocents. Rome received the news of the direful massacre with loud demonstrations of joy, and it was momentarily expected in the “holy city” Cardinal Alessandrian exclaimed joyfully: “The King of France has kept his word,” and Pope Gregory decreed that there should be public rejoicing to celebrate the event. High Mass was performed with every circumstance and pomp and splendor, and before the crying to heaven for vengeance had died away, the solemn strains of the Te Deum arose from the choir of St. Peter’s thanking God for the accomplishment of the most monestrous crime which history records, and worst of all, the pope caused a medal to be struck in memory of the dead, bearing on one side the likeness of his own face, and on the other an effigy of the destroying angel, surmounted by the inscription: “Huguenotorum stryges” – Slaughter of the Hugenots. The Sultan of Egypt was fully justified in his reply to a letter of Pope Innocent Iv: “We have received your epistle and listened to your envoy. He has spoke to us of Jesus Christ, whom we honor more than you honor."

Pope Boniface VIII removed Pope Celestine V and took his office. He commenced his pontificate by asserting his right to adjudicate in all matters whatsoever in ever part of the world. Albert of Austria had slain his competitors for the imperial crown and therefo9re sent to the pope for the customary confirmation. Pope Boniface replied to the messenger by putting the crown upon his head and exclaiming: “It is I who am Caesar; it is I who am emperor.” And from that time it became usual for the pontiffs to wear a double crown, indicating their temporal as well as spiritual supremacy, until the conceit of a later pope added a third crown to the bauble.

There seemed literally no limits to the arrogance of Pope Boniface VIII. As if he were more than human, he pretended to give and take away crowns and scepters by the mere expression of his will. Sardinia and Corsica he bestowed upon James of Aragon, Hungary on the grandson of Charles of Anjou The crown of Scotland he asserted to be his. All this show to what a degree this pope was prepared to go to indulge his monstrous appetite for power which is worldly. The death of this pope is something too sorrowful to insert.

From The Old Church in the New World

To be continued.
Posted by Unknown at 12:35 PM No comments: