Part One of a Series


The purpose of this treatise is not to criticize but to speak the truth to anyone who is interested, and  our motivation for doing so is love. The  meaning of love is to give all the good you possess to those whom you love. There is nothing we can give that is more precious and beautiful than the true Christ and His true Church – holy Orthodoxy!  She is the continuation of the ancient Church founded by Christ and the Apostles, she is one and the same throughout the world, and the true faith has been preserved in all her churches, not by the rule of a central man, but by the Holy Spirit whom Christ sent as Comforter and Guide of His Church. We desire the salvation and eternal life of every man, but especially for those who will see their errors or heresy and abandoning their sinking ships, come  into the arms of holy Orthodoxy, wherein there is certain salvation. 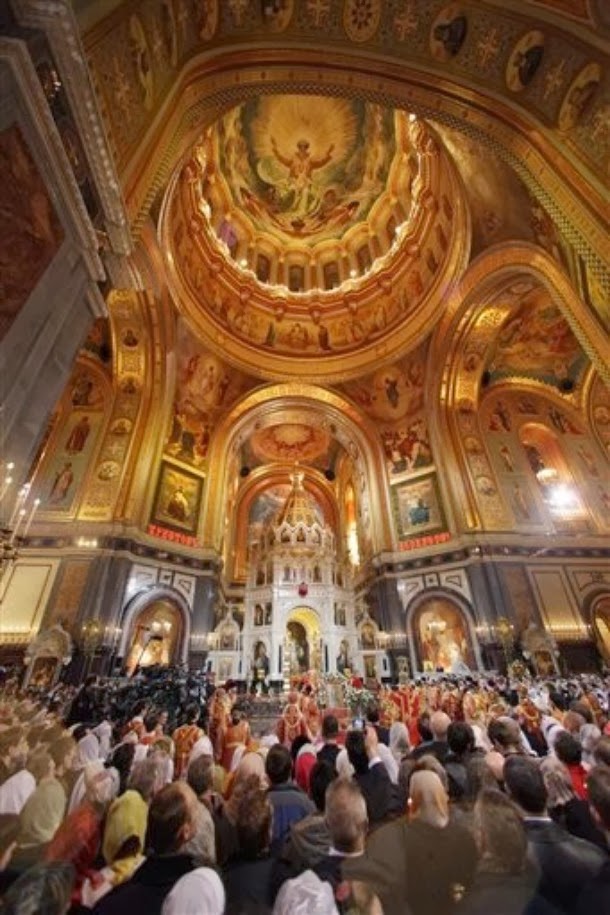 The fundamental Protestant error is their belief that they are in an imaginary church but they are far outside the true Church.  Because the plurality of many differing factions does not constitute the church for in the Church everyone must have the mind of Christ.  All those who are outside of the Orthodox Church, are not walking on the path of salvation. Christ established His Church on the fundamental doctrinal fact, which was uttered by Peter and confirmed by the other disciples: “You are the Christ, the Son of the Living God” (Mat. 16:16). It is important to note, that this is the fundamental law upon which the Church is built, the belief that  Christ is the Son of the Living God. The fundamental law of the papacy is that the Pope is the head, and all must recognize his authority and infallibility. The Baptists who do not want to be called Protestants have also formed other churches leaving them outside the true church. The fundamental law of most of  Protestantism is Sola Scriptura or Scriptures alone. 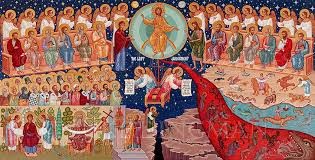 But let us take moment, and turn the calendar ahead to the day “When He shall come to judge the living and the dead,” ahead to that awesome day when every human being ever born will stand in fear and trembling before the terrible judgment seat of Christ. There He said He will divide the sheep from the goats. The sheep will be welcomed into his kingdom but the goats will be cast into outer darkness. There is no appeal or escape as each person will be compelled to admit that he got what he deserves, for it impossible to tell a lie before God.  But there will  be cries against the Orthodox by many of the Protestants who condemn themselves.   Their cry will be:  Why did you tell me I was all right in my beliefs and not tell me that you were in the true Church?  Why did you not tell me the truth about your Orthodox Church and try even to force me to know the truth and see my errors?  Here I stand condemned because you failed to inform me and did not do all you could to convince me and bring me to the truth!  Let us not do as those Orthodox have and deny to truths of Orthodoxy to be hidden.

If any Protestant cares for His salvation, and not just the empty declarations: “I am saved,”or “I am lifting up Jesus” we appeal to you that you give this treatise your attention, and observe carefully the Scriptural quotations herein.

The Church does not define a church building which is properly called the temple, but is the sum total of like-minded believers who confess the same faith, uphold the same doctrines, and are united in same Holy Spirit. The churches which were established and then were multiplied by the Apostles all shared the same beliefs and dogmas, having Christ as their Head and the Holy Spirit as their Guide. There is no possibility in a plurality of churches with various doctrines, for the Holy Spirit is not the author of confusion. That there is one church is seen by the fact that the Lord used the singular saying: “Upon this rock I will build my church and the gates of Hades shall not prevail against it.” The Church is also called the Body of Christ, and it  is not possible for Christ to have two bodies.

The following order of the Church’s beginning and structure is historically accurate. First Christ selected 12 disciples to whom He taught the correct doctrine.  That he selected them is shown by His words: “You have not chosen me but I have chosen you.” For three years he taught them, often in parables, and they learned what was necessary in order  to be sent out (become Apostles). They were the embryonic Church which had not yet begun to preach. 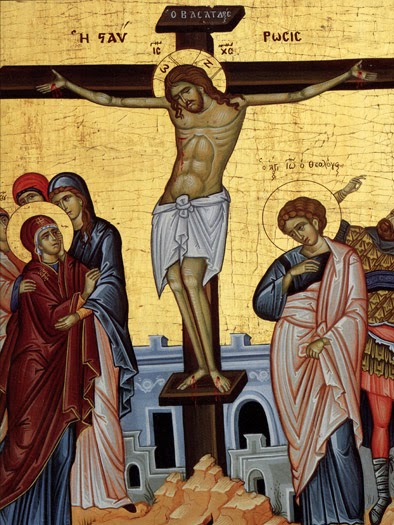 Next came the Passion and suffering of Christ preceded by the attempts of the Jewish leaders to kill Him. What follows is commemorated by His Church during Holy Week, after the Fast and before the third day Resurrection. Christ gave instruction to His disciples, and washed their feet to teach them to be humble toward each other, and not seek to rule over one another. Christ told them of His betrayal by one of them.  He told them who would be in charge and rule over them, and guide the Church, saying: “The Comforter which is the Holy Spirit, whom the Father will send in my name, hew shall teach you all things, and bring all things that I said unto you to your remembrance” (John 14: 26). No apostle was ever chosen to rule over the other apostles, which was invented by the Papacy. Nor could they all have different doctrines and beliefs, which was invented by the Protestant Reformers.

Jesus established the need for obedience during this period, saying:   “If you keep my commandments you shall abide in my love, even as I have kept my Father’s commandments and abide in His love” (John 15:10).  He foretold that they would be persecuted but that they not be scandalized. He foretold His betrayal and eventual death. 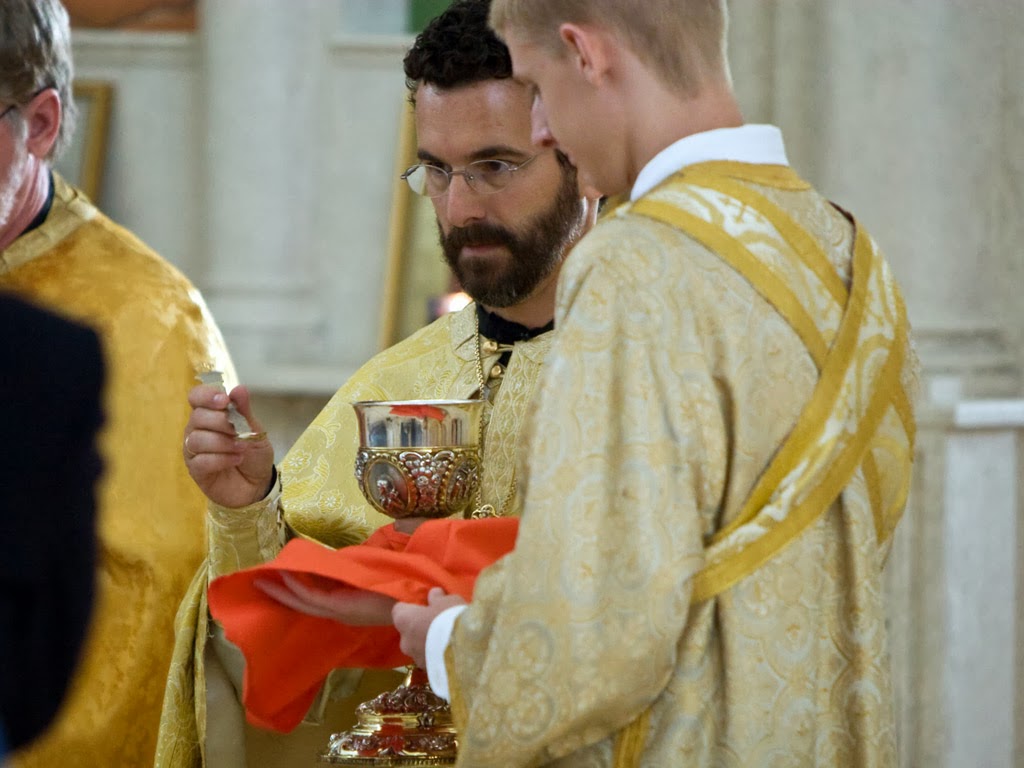 On the night in which He was betrayed He established what the Church has called, the Eucharist, a Greek word which literally means thanksgiving.  In this lies the greatest error of most Protestants, an error which will deny them salvation if they persist.  We will mention it, not in detail as that will be done later. The words He chose are definite and cannot be mistaken. He took bread and blessed it, and He blessed the cup. Remembering that He is Almighty God, what He blesses is changed and will never be the same. He said: Take, eat, T H I S I S my body, and of the cup, he said: THIS IS my blood of the New covenant. This is of greater importance than most people realize, for previously Christ said: “Unless you eat the flesh of the Son of man and drink His blood, you have no salvation.” The Church of the Apostles and the Fathers, during its 2,000 year history, has as its epicenter of worship, the Eucharist, wherein is the Body and Blood  of Christ has always been the epicenter of worship!

The denial that there is an original Church contradicts Scripture, and belies history which gives an account of the Church, starting in the Acts of the Apostles followed by the Holy Fathers. In their denial of its existence, is also a denial, of the constant stream of Confessors and Martyrs all over the world, who shed their blood and sacrificed their lives for Christ. Instead of searching for the truth, Protestants send missionaries to Orthodox countries to convert its people to their error and multi-heresies. Anyone who starts another church is not inside the true church and not and therefore not on the path of life.

On the day of Pentecost 50 days after Christ’s Resurrection, the Holy Spirit came down with a rushing sound in the form of many fiery tongues onto each of those present. The Apostles were immediately filled with courage, divine seal and power from on high, and the preaching of the Gospel began in the Church.  Among the multitude that had gathered, every person heard the Gospel in his own language which filled them with amazement. Peter, who had previously denied Christ was now brave and fearless, and without trepidation spoke to the Jews of their wickedness in crucifying and killing their Messiah or Christ. He told them of His Resurrection from the dead and that He  was sent by God just as the Prophets foretold. Soon after this, three thousand souls were baptized and brought into the Church.

“And He is the head of the body, the church; who is the beginning, the firstborn from the dead, that in all things he may have pre-eminence” (Col.1:18).

“For the husband is the head of the wife, even as Christ is head of the church; and He is the head of the body . . . ”  “”Husbands love your wives even as Christ has loved the church, and gave himself for it . . .”  “For no man ever yet hated his own flesh; but nourishes and cherishes it, even as the Lord does the church, for we are members of His body” “Nevertheless let each one of you in particular so love his own wife as himself, and let the wife see that she fears her husband.
(Eph 5: 22, 25, 29, 33).

There is no question that only one Church is mentioned in Holy Scriptures. And there are dozens of other references in Scriptures that refer to this one Church, concerning which the Lord and Head of the Church says that not even the gates of Hades will not prevail against it. From antiquity that Church confessed itself as all Orthodox Christians do today, saying in the Creed: “I believe in one Holy Catholic and Apostolic Church.”  Only in this Church are found everything that is  needed for salvation and everlasting life. St. Paul, calls the Church “body” saying: “There is one body and one Spirit, even as you are called; one Lord, one faith, one baptism, one God and Father of all,who is above all, and through all, and in you all” (Eph. 4:4-6).