To Readers of this Blog,

I published  a series of these MEET YOUR SISTER articles 15 years ago and am republishing them on this blog, and see what was going on then, and what is going on today in the Orthodox World. If Orthodox Christians do not awaken, while sleeping heir faith will vanish, as they fall under the slipper of the Popes of Rome.  For our Faith is a living Faith and requires spiritually alive people to preserve everything that  was handed to  us, without additions or subtractions.

Following the Balamond Agreement the unionists have adopted new language. Patriarch Bartholomew has done the same. The papacy is no longer an enemy, but is now rewarded for her heresies, torture racks, inquisitions, bloody  crusades, sack of Constantinople, usurping the position of Jesus Christ. How is she rewarded?
Patriarch Bartholomew addresses the Roman Church our Sister Church

For Orthodox  who accept  this it would be  well  to  get  to meet and  know  your  sister. 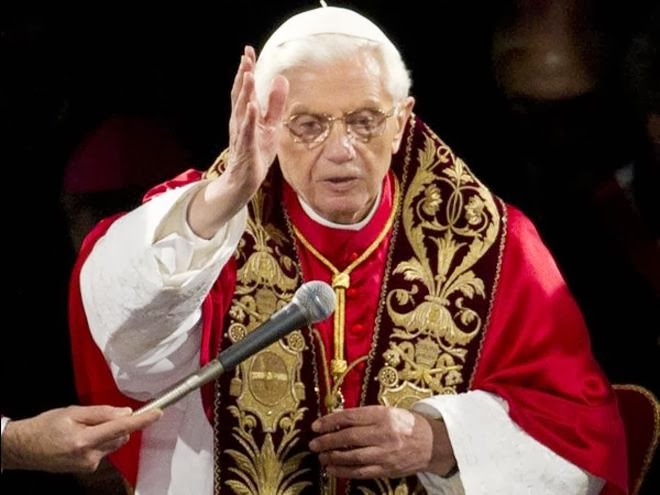 Roman Church Today
In Sacramento, CA, the RC Cathedral of the Blessed Sacrament held an interfaith prayer service.  The ceremony included prayers to Buddha, Aztec Indian rituals, non-denominational Christian songs, candle and incense rituals, and the calling of names. It concluded with a procession to the nearby regency led by an Aztec princess bearing incense, accompanied by drums and feathered Aztec cultists, to view 700 panels of the AIDS Quilt.

Roman Church Today
In a decade one third of RC clergy left the priesthood. The Archdiocese of Chicago, the nation’s largest RC jurisdiction, they lose a priests every 18 days. In Cleveland, the Diocese has lost 25 priests in the first months of the year while not adding a single one. The median age for an RC priest is over fifty. By the year 2000 it will be closer to 70. Number of seminarians has dropped from 48,000 in 1965 to 1300 in mid 1988!  There are now 1100 priestless RC parishes.

In Ireland, in 1958 for the first time ever a total of more than 400 priests were ordained in Ireland. 30 years later, in 1988, 155 men entered the Irish seminaries, while 83 others left before being ordained. Ordinations to the priesthood in 1989 totaled 72. Many parishes have merged because of the acute shortage of priests. About 70 out of 180 around the country have begun using lay people and nuns to head parishes.  Ten per cent of all RC parishes in the USA do not even have a resident priest.

Roman Church Today
RC   ECUMENICAL BRIDGES
The RC nun Mother Theresa really had the ecumenical spirit as seen from the book Servants of Love. She states, “We went every day to pray in some temple or church.  The Archbishop gave us permission to do so.
We prayed with Jews, the Armenians, the Anglicans, the Jams, the Sikhs, the Buddhists, the Hindus.  It was extraordinary. All hearts united in prayer to the one true God.
Note: “the one true God?”  Hindus sources maintain that there are 330 million gods at most; and that all of these gods are to be honored and worshiped.

Vatican II allowed “experimentation with the Mass. This has resulted in what appears below.

Fr. Richard Engle offered what has been called a “garbage mass” at St. Philip the Apostle Church in Columbus Ohio during the summer of 1975. He invited the parishioners to bring their household garbage bags to the altar during the offertory and drop it into a big drum. A banner hung at the table read, “God, the Garbage Collector.”

Various substitutions have been made for bread and wine normally used during Mass, such as chicken and coffee, cookies and coke, pizza and beer, tacos and tequila.

The RC chaplains at the University of Buffalo (now called the State University of New York at Buffalo) staged a “Halloween Mass” with both priest and people clad in costumes. This phenomenon occurs in many major cities across the United States on Halloween.

CLOWN  MASS
In recent years the “clown Mass” has grown considerably in popularity.  A priest at Mariopolis, a large RC university in Montreal, offered a clown Mass and was photographed by the press following the event.  The University of Toronto chaplains dressed like clowns and used hand puppets during the service to entertain the audience.  Balloons are often released inside churches during the “kiddy Masses.”

A number of students at Notre Dame University remained seated and each held a piece of bread and a cup of wine “consecrated” with the priest at an experimental Mass.

On September 12, 1976, a “Marxist Mass” was held at St. Peter the Apostle Church in Montreal. The “mass” was concelebrated by Fr. Couture, the Minster of  Labor in the Quebec government and a protestant minster. The service included political readings, anti-government songs and a film about the “Communist martyr” Allende of Chile. A desk took the place of an altar.

Due to the decline in church attendance, an effort has been made to join entertainment with worship. The polka Mass is the result. A polka band in the sanctuary plays throughout the Mass. An ad in a Monroe, Michigan newspaper stated that “Big Daddy and the La Dee Das” were going to do an original “polka Mass” at the local church. A drawing of a man with a beer mug in hand, graphically conveyed the idea to potential; worshipers.

A Missionhurst priest, Fr. Herman Coenraets, who was clothed in native chieftain garb, offered a tribal service complete with swinging spears, tribal dancers and invocations to departed ancestors. A priest in Kinshasa, Zaire wore a monkey skin cap with a monkey tail hanging down in back for his service.  Two tribesmen carrying spears led the procession into the church.  This may seem far out, but it has become a way of life in the African church. The missionaries are simply applying the norms of Vatican II that allows and encourages the implementation of tribal customs into the liturgy.

This was offered by John Paul II in New Orleans on September 12, 1987

These are now available with clowns, balloons, cookies, and Kool Aid

Please send six or more copies to other Orthodox Christians, enabling them to

“MEET YOUR SISTER”
Posted by Unknown at 5:51 PM