ON THIS HOLY PASCHA A WARNING TO ALL ORTHODOX

ON THIS HOLY PASCHA
A WARNING TO ALL ORTHODOX


Christ is risen from the dead, trampling down death by death, and upon those in the tombs bestowing life! 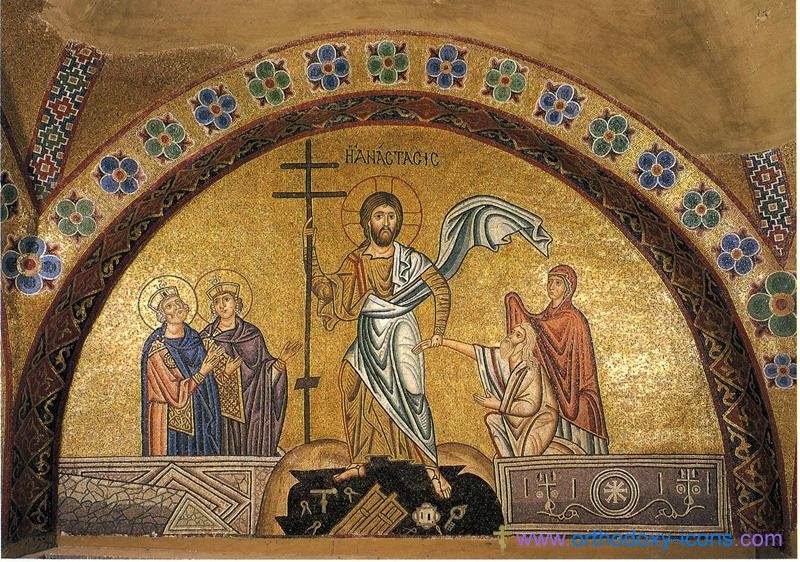 The brilliant sun of this great and holy day of  Pascha is a day of great joy but mixed with some dark clouds of danger, for  a papal representative,  invited into a holy Orthodox Church, therein boldly proclaimed that Orthodoxy broke away from the Papacy and he denied that Orthodoxy is the true Catholic  Church! According to an article in the Worcester Telegram Gazette,  the papist Bishop, Robert J. McManus of Worcester, MA boldy and proclaimed the papacy’s self aggrandizement. At St. Spyridon Orthodox Church when he made this statement:  “As you know the Orthodox Church is the Roman Catholic Church.”

What is couched in these words, is that the holy  Orthodox Church was  once a part of the Papacy, that has broken away, which is nefarious papal propaganda, for they are aware that we have preserved the truth, and for this reason they seek to silence us. Contrary to prevailing opinion, the fact is that there was never a schism by Orthodoxy or the papacy.


What did happen is the great apostasy of the papacy which has abandoned Orthodoxy and the Church Fathers, for a thousand years.  During this period the papacy has intensified and multiplied her heresies, changed the doctrine of the true Church, she changed the sacred Creed, changed the mysteries, changed baptism, changed holy communion,  changed the role of bishops, changed the priesthood, changed the saints, abandoned the sacred Canons, usurped the authority of Jesus Christ and the Holy Spirit, and claim to alone possess the keys to the kingdom of heaven.  Elevating the Pope to the status of High Priest, Emperor and King, and supreme Pontiff, they then proclaimed him to be equal to by possessing  infallibility. They deny Christ’s promise: “Behold I am with you to the close of the age,” and declared the pope to be the vicar of the absent Christ.

The Latins being heretics are not seeking union with the Orthodox, but total capitulation and domination of the true Catholic Church, with the hope of annihilation by absorption. Proof that this is their objective is the existence of the formerly Orthodox Uniates,  for they Uniates keep outwardly Orthodox  traditions and submit to the pope, thuslosing their Orthodoxy. This sneaky creation of the papacy is designed to destroy all Orthodox Christian churches, their strategy is to first dominate and then destroy them. However the Church will always be triumphant and cannot be conquered, but the souls of many are now in danger, hence this warning.

St. Mark of Ephesus says:
“The Latins are not only schismatics but heretics… we did not separate from them for any other reason other than the fact that they are heretics. This is precisely why we must not unite with them . . . ”
St. Basil the Great says:
“As for all those who pretend to confess sound Orthodox Faith, but are in communion with people who hold a different opinion, if they are forewarned and still remain stubborn, you must not only not be in communion with them, but you must not even call them brothers.”

“Another thing the blessed man taught and insisted upon with all was never on any occasion whatsoever to associate with heretics and, above all, never to take the Holy Communion with them, ‘even if’, the blessed man said, ‘you remain without communicating all your life, if through stress of circumstances you cannot find a community of the catholic Church. For if, having legally married a wife in this world of the flesh, we are forbidden by God and by the laws to desert her and be united to another woman, even though we have to spend a long time separated from her in a distant country, and shall incur punishment if we violate our vows, how then shall we, who have been joined to God through the Orthodox faith and the catholic Church -- as the apostle says: “I espoused you to one husband that I might present you as a pure virgin to Christ” (2 Cor. 11:2) -- how shall we escape from sharing in that punishment which in the world to come awaits heretics, if we defile the orthodox and holy faith by adulterous communion with heretics?’

The One Holy Catholic and Apostolic Church is not at all like the Papacy having no pope, no statues, no head man, no infallible man, no wafers, no purgatory, no scarlet red robes, no created grace, no filioque, no purgatory, no popemobile, no crusades, no inquisitions, and no arrogance.

Orthodoxy is pure, having Christ as infallible Head, the Holy Spirit as Guide, the Theotokos as Protectress, the true Body and blood of Christ, the unchanged Creed, holy and venerable icons of Christ, the Theotokos and the Saints, divine grace, and for a weapon, the two-edged sword of the Spirit.  There can never be a union between Orthodoxy and the Papacy. The Papacy could abandon al of its countless errors and heresies, and enter Orthodoxy through baptism, denouncing their former errors and false beliefs.

Christ is risen from the dead, trampling down death by death and upon those in the tombs he has granted life!
Posted by Unknown at 2:49 PM