THE MYSTERY OF DEATH

THE MYSTERY OF DEATH 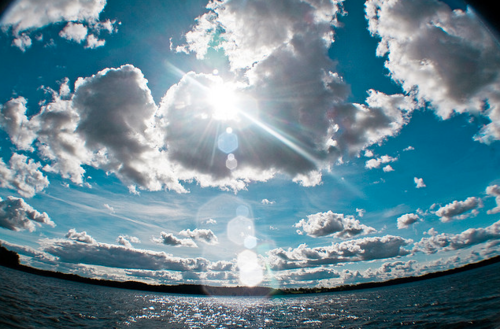 \
Something unrevealed is called a mystery. Those who have knowledge of a mystery are called mystikos or initiates. In relation to Christ and the Church, there has been established seven Mysteries: Baptism, Seal of Chrismation, the Holy Eucharist, Repentance and Confession,, the Divine Priesthood, Anointing with Holy Oil, and Marriage of a man and a woman. They are called mysteries because there is something that is not visible. Among these are the divine presence of the Lord in the Eucharist, the gift and seal of Holy Spirit, The sorrow of the Repentant, and the special gifts given to those who are ordained to the clergy. These can only be seen with the eyes of the soul.

We call death a mystery because few know or believe what death actually is and what lies beyond death. Many false opinions,  superstitions, and the unknown confuse an uninitiated person, increasing anxiety and fear of death. As a rule, we see that people  prefers death to life, which is considered  precious, There are many accounts recorded about rescues and tragedies, accidents etc.,  with consequent heroes and heroines which bear this out. 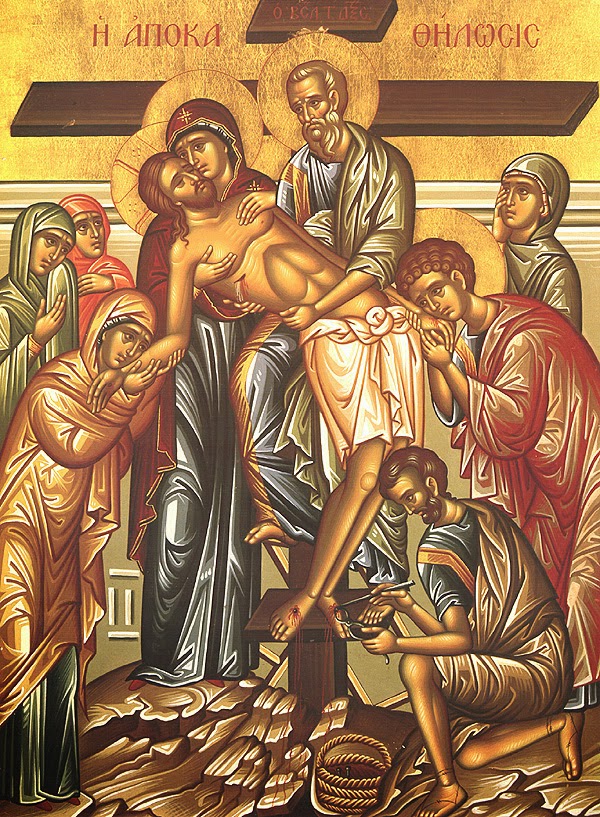 Glory to Jesus Christ that we Orthodox Christian are initiated and taught well concerning  the mystery of death and understand it quite well, so well that we even  sing joyfully  about the death of death! Millions of martyrs have witnessed Christ. willingly undergoing torture and death, submitting without hesitation and even with delight.  Before Christ came into the world, there were few who willingly submitted to death for their faith in truth. But in the power of Christ’s death and resurrection, innumerable martyrs’ love for Christ far exceeded their impending torture and death, in fact they welcomed torture and death as friends which would remove them from this world into the waiting arms of Christ.

The mystery of death, was clarified by  Jesus  Christ when He spoke of His friend Lazarus who had been dead four days when Jesus  raised him.  Before they went to him, te Lord told His disciples that Lazarus is sleeping, (from this word is derived the word cemetery), or the place of those who have fallen asleep. The reality of death is better understood by the word, sleeping, which does not mean dissolution.

In Psalm 102, when the verse is correctly translated out of  Greek, it defines death: “Man’s days are as grass; as the flower of the field so shall he flourish;  for a spirit passes through him and he shall no longer exist, nor shall he recognize his region.”  Pious people understood this Psalm to mean,  the spirit of God enters us giving us existence and life here on earth, the same spirit departs from us and we “die” and when we die our body returns to the earth in shallow grave, but our soul goes to darkness of Hades, awaiting  judgment or hoped for rescue by the Messiah who was sure to come.  Of old they referred this descent of the soul  as “going down into the pit.”

Death is not dissolution but separation, first of the spirit from body and soul and immediately the separation of the soul and body, both of which return to the earth, but the soul, being metaphysically one, cannot be destroyed and it remains with intellect, feelings and memories . 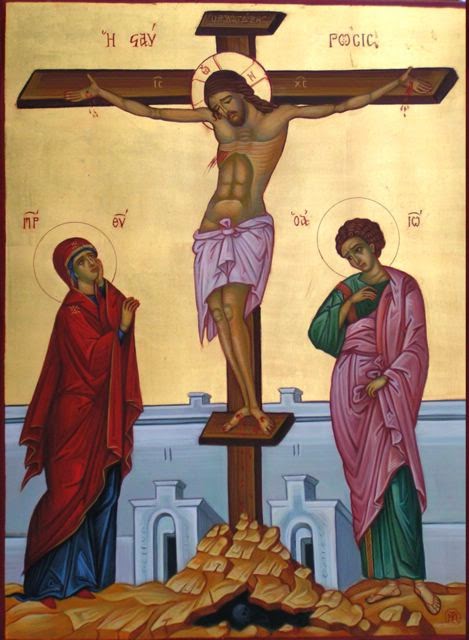 When the Lord Jesus Christ was crucified, His body was placed in a tomb, but He descended to Hades to the joyful cries of the faithful who for so long had waited in faith for Christ to come.
At His appearance, Hades was transformed into heaven and its darkness was replaced with divine light. Never having seen or light,  now Hades was filled with delight and celebration. Christ did not destroy Hades for it is still a dark and terrible prison, but He did something much greater.

The instant He uttered the words: “It is finished’, His battle ended and his victory was sealed.  He put death to death by His endurance and patience on the Cross! The Church always remembers the Cross and the Resurrection together. Certainly Christ died on the Cross. Certainly He arose from the dead. Certainly there is life after death; Certainly everyone will be rewarded according to His deeds.  Certainly the enemies of Christ will be condemned. Not only every deed will be judged but every thought that we entertain,, for God knows the thoughts of every person, there being no ignorance in Him. “For God is light and in Him there is no darkness.”

While death ends this present portion of our life, it heralds the beginning of another continuous eternal life. In this life we cannot change from better to worse or from worse to better. What we have become in this world, we will we remain in the next life, having freely decided what course our lives would take.  The present time is the time for working and struggling according to Christ’s commands, the next life is the time of glorious crowns or shamefulness.  It is vital to remember that only in present life do we have choices of good or evil, of faith or unbelief, of hope or despair,  for in the next life there the application of reward or punishment.

Christ who knows everything, gave us these judgment.“Whoever is baptized shall be saved.”  “Whoever confesses me before men, him will I confess before my Father in heaven.”  “There shall be weeping and gnashing of teeth.”  Jesus is the Light of the world; “Whoever follows Him shall not walk in darkness but have the light of life.”  “Narrow and restricted is the way of life, and few there be that find it.”  “All who live piously in Christ Jesus shall suffer.”

We know that we are truly believers and destined to eternal life when we prefer to die and be with Christ instead of remaining here in this present world.  People fear death when they do not have the antidote Christ, who destroyed death’s dominion and offers believer’s eternal life. We can check on our present course of life here.

Check on your own spiritual health here.

Only Holy Orthodoxy glorifies Christ’s victory in putting  death to death which He acquired for us by offering himself as a living sacrifice on the Cross.

From the Resurrection Canon:

“It is the day of Resurrection let us be radiant O people! It is the Pascha, Pascha  of the Lord. From death to life and from earth to heaven Christ has brought us forth who sing the hymn of victory.”

“Yesterday O Christ, I was buried with you; today I rise with your arising. Yesterday I was crucified with you, glorify me with in your Kingdom.”

"We celebrate the death of death, the destruction of Hades, the beginning of another eternal life; Leaping for joy we hymn their Cause, the only blessed and most glorious God if our Fathers!"

"Christ is risen from the dead, trampling down death by death, and upon those in the tombs bestowing life!”
Posted by Unknown at 4:53 PM