WE SHOULD NOT EVEN CONSIDER ORTHODOX UNITY WITH THE PAPACY?

WE SHOULD  NOT  EVEN CONSIDER
ORTHODOX UNITY WITH THE PAPACY?


There is some publicity in the world about church unity, praying together to the same god, working together in brotherly love, etc., and concerns relations of the Orthodox Church with the Papacy and  with others. The idea of unity may sound sweet to some, but in any form it always leads to a bitter end. For Orthodoxy and heresy can never unite into one. Why any proposed unity is beyond consideration is fundamental, because that which is unlike can never be the same. The Papacy has defined itself and it is what it is and will not change its dogmas.  The Orthodox Church which is the Bride of Christ and His Body will not change its dogmas and it is totally different from the Papacy. 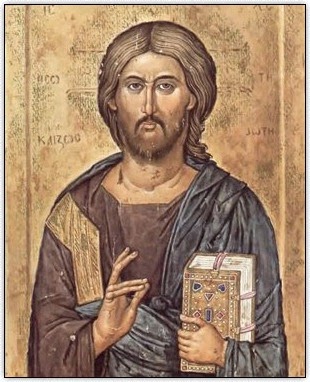 The Orthodox Church is a divine human institution, having as its Head  Jesus Christ,  it is guided by the Holy Spirit, and peopled by those who are baptized by the one triune immersion for the remission of sins, into the death and Resurrection of Christ.  It is the ancient Church which has remained the same. Orthodoxy, as is well known,  has remained true to the Apostles, kept firmly the dogmas of the Fathers and the Seven Ecumenical Synods. Orthodoxy cannot and does not have a second human head for the Godman Jesus Christ alone is the Head of the Church.  Patriarchs are simply bishops having the voting power of a single  bishop and they are not superior. St Paul says: “For the husband is the head of the wife even as Christ is the Head of the Church” (Eph. 5:23).  All the important dogmatic and  historical decisions of Orthodoxy, were made with the guidance, approval and cooperation of the Holy Spirit who rules the Church which is not a human institution.

The original Roman church, when it was still Roman was once part of the genuine Catholic church, which produced many Saints and Martyrs,  but they were taken captive by different unscrupulous demagogues who sole purpose was the acquisition of worldly glory and tyrannical power. These leaders seized the church and led the masses into apostasy, and there it was no longer recognizable as a church, being mostly a seat of worldly tyrannical power. They  spilled much blood and tortured many people, lead people on Crusades, but lead no one to salvation.  (If anyone wants more detail:  Google “papal states”, “crusades”, and “inquisition”.) That this is true is verified by their own unbelievable dogmatic canons, the following were formulated by the Vatican Council of 1870. Ref. Decrees of Vatican Council on Faith and the Church, Chair of Unity Apostolate, Graymoor, Garrison, NY.

“We therefore teach and declare that, according to the testimony of the Gospel, the primacy of jurisdiction over the universal Church of God was directly promised and given to Blessed Peter the Apostle by Christ the Lord. For it was to Simon alone, to whom He had already said: ‘You shall be called Cephas [John 1:42] that the Lord after the confession made by him, saying: ‘You are the Christ, the Son of the Living God,’ addressed these solemn words: Blessed are you Simon Bar Jona, because flesh and blood has not revealed this to you, but my Father who is in heaven.  And I say unto you that you are Peter, and upon this rock I will build my church, and the gates of Hades will not prevail against it.  And I will give you the keys to the kingdom of heaven, and whatever you shall bind on earth shall be bound in heaven, and whatever you loose on earth shall be loosed also in heaven.’ [Mat. 16:16]      (Decrees of Vatican Council . . .”  P13).

“The Roman Pontiff possesses the primacy over the whole world, and that the Roman Pontiff is the successor of Blessed Peter, Prince of the Apostles. And is true Vicar of Christ, and head of the whole church, and the father and teacher of all Christians”  (Decrees of Vatican Council . . .”  P15).

They have dogmatized that the Pope judges everyone, but himself is to be  judged by no one, and they word their statements as if God was supportiong their perfidy.

“Hence we teach and declare that by the appointment of our Lord the Roman church possesses a superiority of ordinary power over all churches, and that this power of jurisdiction of the Roman Pontiff, which is truly episcopal is immediate to which all of whatever rite and dignity, both pastors and faithful, both individually and collectively are bound, by their duty of hierarchal subordination and true obedience"  (Decrees of Vatican Council . . .”  P15). 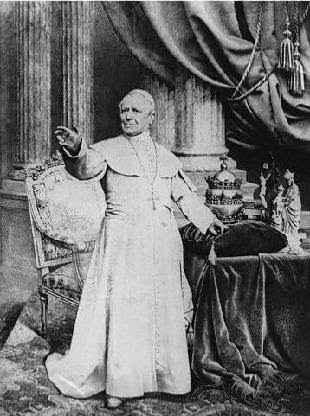 Then comes the biggest lie ever told, the claim that God endows the Pope with infallibility.  “We teach  and define that it is a dogma divinely revealed, that the Roman Pontiff, when he speaks ex cathedra . . . is infallible”   (Decrees of Vatican Council . . .”  P15).

Poor and sadly laden members of the Papacy! Do you not see that an enemy has seized control of all of you and is leading you, but to where? Salvation is acquired in the One Holy Catholic and Apostolic Church, but the Papacy? Instead of cleansing you of all your sins, they designed a fictitious purgatory where each one suffers certain punishment for their sins. The papacy, as you can clearly see, is concerned with power and authority as they speak little about remission of sins. Even is there were a purgatory, the claim is that it takes away the sins by purgatorial fire. But we all sin with the body which cannot be cleansed by purgatorial fire as they define it.  So what then is the benefit of being only half clean and half dirty? 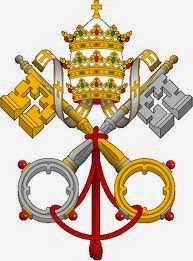 It is not the Pope who claims to have the keys, who will be our judge, but it is Jesus Christ who is coming to judge the living and the dead, and both Holy Scripture and our Sacred Creed, define the one Judge Christ, who will judge the living and the dead.  The Papists falsely claim that the Pope has the keys to heaven.  They claim that Christ gave them to Peter and Peter gave them to the Popes. This is fictional and tragic for those who place their hope of salvation in the Papacy.  In the next issue we will clarify the genuine  meaning of the verse often quoted by ecumenist unionists. “Neither do I pray for these alone, but to them also that shall believe on me through their word; that they may all be one, as you Father are in me and I in you, that they may also be one in us. That the world may believe that you have sent me. And the glory which you have given to me, I have given to them. That they may be one. I in them and you in me, that they may be made perfect in one and that the world may know that you have sent me and has loved them as you have loved me” (John17:20-23).

In the next issue we will clearly show that the ecumenist unionists are misapplying this Scriptural idea of unity, found in the prayer of Christ during His Passion.
Posted by Unknown at 3:29 PM