ORTHODOXY BETRAYED BY ENEMIES WITHIN

ORTHODOXY BETRAYED
BY ENEMIES WITHIN 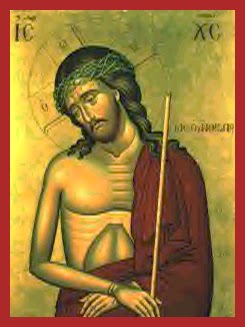 As  her Head Jesus Christ was surrounded by those who loved and honored Him and those who hated and despised Him, so His Body the Church is surrounded by those who love and honor her and by those who hate and despise her.  Among the latter are the enemies within. These enemies are much more dangerous to people than external enemies for they confuse the true faith and muddle the true Faith, seeking if it were possible to destroy the Church once and for all. We know they will not succeed but will make strong attempts.

In modern times, since the early 1900's. we have had patriarchs who were enemies within the Church.  During the period of upheaval in Greece, between the royalists and the Venuzelists, a stranger to Orthodoxy and truth,  Meletios Metaxakis from Crete and relative of Venuzelis became archbishop of Athens and later when the political climate changed, he was deposed from that position.

In July of 1935, after six days in the throes of death,  Meletios died, being one of the most scandalous bishops in the history of the Church. He attempted to change the  traditions of the Church, such as changing feast days to fall on Sundays, do away with fasting days, allow married priests who became widowers to remarry; eliminate celibacy requirements, thus establishing a married episcopate, a common date for Pascha, and the adoption of the new calendar.  While still Archbishop of Athens, Metaxakis with others went to England to seeking unity of Orthodoxy with the Anglican Church. However Orthodoxy will not unite with any other group for she is the Church, but she welcomes those outside to be baptized and come inside, if they desire salvation and eternal life.

In 1921 Metaxakis after being vested took part in an Anglican Service, bowed with the Anglicans in prayer, kissed their altar, preached and later blessed those who were present.   He also recognized the validity of Anglican orders, being a scoundrel, he left nothing holy  untouched. His countless  actions were anti-Orthodox, forbidden by the Church and the sacred Canons as well as by Holy Scripture. Such actions are treated by the Church with deposition of the guilty cleric.


The many ethnic divisions of the Church in the Americas were brought about by his uncanonical actions, for the Orthodox Church had previously been well established in the US. When he attempted to start an ethnic  Greek Orthodox Catholic Church, his request was turned down by the authorities as the Orthodox Church was already registered in New York State. He urged the Greeks to break from the Russian “communists”, stoking up the fires of ethnic separation.  Then with  the help of lawyers they renamed the church in their application: “the  Greek Orthodox Archdiocese of North and South America.”  This was acceptable to the authorities, and eventually became the root cause of all the ethnical divisions of the Orthodox in the west, for others ethnic groups followed Metaxakis’ uncanonical example.

How did he become patriarch of Constantinople? The answer is by the mighty power of money, another canonical violation.

Here is the account of the bishop who stepped aside because of money.
:
Metropolitan Germanos (Karavangelis), who at that time had been legally elected as Archbishop of Constantinople, relates the following regarding circumstances connected with the unexpected change in the situation.

“There was no doubt about my election to the oecumenical throne in 1921.  Of 17 votes cast, 16 were for me.  Then a laymen known to me offered me 10,000 pounds if I would  renounce my rights to enable the election in favor of Metaxakis.  The delegation told me that Metaxakis could obtain $100,000 for the Patriarchate, that he was on very good terms with Protestant bishops in England and America, that he could be very useful in Greek national interests and that the international interests required Meletios to be elected as Patriarch. Such were the wishes of Eleutherios Venezelos.

All night long I thought of this proposal.  Economic chaos reigning in the Patriarchate. The Greek government had stopped sending aid and there were no other sources of income.  Salaries hade not been paid for the last nine months.  The charitable organizations of the Patriarchate were in a critical material situation.  With these consideration in mind and for the sake of the welfare of the people
I accepted the proposal.

The money was filthy money should never even be considered in the choosing of a hierarch, for this is the grave sin of simony which calls for the deposition of those guilty gives delight to the evil one.  Meletios Metaxakis was not interested in Christ or the Church of Christ, which he used as his personal fiefdom.  Metaxakis’  modernistic views were forced upon the people, caused schisms and bloody clashes in the streets, which Meletios did not escape.  In Istanbul there were serious incidents, during which the outraged Orthodox population sacked the Patriarch’s apartments and physically beat Meletios himself.  Soon after this he was forced to quit Istanbul and renounce the Patriarchal throne.  Finally, on July 1, 1923 he quit Istanbul, on the pretext of illness and the need for medical treatment.  Under great pressure he finally resigned from the  patriarchate on September 20, 1923.

What did the fallen patriarch due?  He had gone to Egypt and became a candidate for the see of the Patriarchate of Alexandria, eventually he became patriarch.  At that time Egypt was under British mandate, having the right to confirm candidacies.  Metaxakis became a candidate due to much British political support. The Egyptians dragged their feet concerning which of two candidates would be chosen. Under great pressure from the British, after a year,  their choice was the fallen Meletios Metaxakis.  The first thing he did was to introduce the new calendar into Alexandria.

Then Meletios Metaxakis, found trouble  brewing up against him in Alexandria, as in Constantinople.  this man put his name in for a third vacant patriarchate, that of Jerusalem, doing so despite his having a serious illness. However, on the 28th day of July in 1935 he died and was buried in Cairo in Egypt. He had created chaos in the church,  and never shepherded the sheep but allowed the hirelings to dominate and  corrupt the faithful. Metaxakis’ career was not preaching the Holy Gospel and shepherding the sheep,  He started the so-called ecumenical action which spawned today’s recognition by foolish Orthodox of other religions being good and leading to the true  God.  The idea that all religions are good and lead to the one god are a recognition of Masonic ideals.  If all religions are good and lead to God, as they claim, it means that all the teaching of Christ is of little or no value.  Christ says: “I am the way and the truth and the life.”    “I and the Father are one.”
“I am the Good Shephered and I lay down my soul for my sheep/” 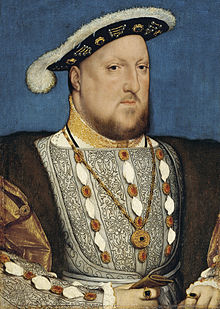 The Anglican religion, was formulated by a murderer and adulterer, Henry the Eighth, King of England, who broke away from the Papacy to establish another church so that he could remarry. Thus this church has nothing  to do with the sinless and benevolent Jesus Christ. We must be aware that there have been and will be many enemies in the Church, many false Christs, who introduce spurious doctrines and false teaching and Meletios Metaxakis was such a man.