THE BEAUTY AND MYSTICAL ATTRACTION OF ORTHODOXY

THE BEAUTY AND MYSTICAL ATTRACTION OF ORTHODOXY 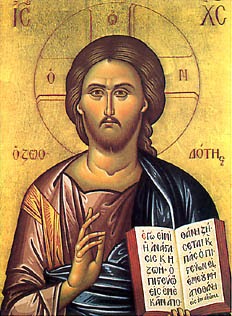 Why does our holy Orthodox Faith appear so sweet, peaceful and attractive to the many enthusiastic  converts who have been pouring in? Many of them are greatly amazed at the treasures they have discovered. They soon learn that the most important characteristic of Orthodoxy is that she is changeless having preserved everything intact, including her dogmas and doctrine and has remained true and faithful, from the time of the ancient Church.Orthodoxy is also attractive because she is the depository of divine grace, a radiant beauty surrounds her  derived from her inner divine human being for like her Head, she is abundantly filled with divine grace from the Holy Spirit. Those who enter Orthodoxy become captivated by her splendor and majestic glory, and the sweet odor of incense from the purity of her faith and the rock-solid unshakeable firmness of all her doctrines. All those who love the Church, love her for what she truly is, the unchangeable, unique and only holy Body of Christ.

Orthodoxy always remembers and repeatedly celebrates the descent of  the Logos of God who came down from heaven and became incarnate in the Virgin’s womb, and He dwelt among us full of grace and truth, being himself the living Truth. All the precious and divine dogmas and doctrine which He taught, are perfectly preserved only in the Orthodox Church, and are not to be found elsewhere, for  she remains faithful to her Head. When under attack by heretics and schismatics, she is always courageously defended by faithful people who shed their blood and suffered martyric deaths defending  her dogmas and doctrines.

Let us be amazed when we review the divinely guided history of holy Orthodoxy! Even more, upon seeing with thanksgiving the supreme glory of Orthodoxy!  When Orthodox gather as Church, angles come and join, sometimes becoming visible. There is nothing in this entire world that can surpass her majesty for she is both divine and human. She radiates her divine light upon those whom she sanctifies. How perfectly things are preserved can by observed, by closing your eyes for a moment, and picture no holy icons, then open them and see the  holy icons knowing they are in every Orthodox church, and remember the millions who sacrificed their lives in defense of holy Orthodoxy. They were beaten with sticks, axed to death, drowned, beheaded, skinned alive, torn apart, cast into flames, their eyes torn out, starved, rolled on torture wheels, but they preserved their  faith in Jesus Christ and holy Orthodoxy, and have received crowns of victory.The holy icons are important to our memories. Seeing the icons we remember Jesus Christ, we  remember the most Holy Theotokos, and we remember John the Baptist and all the Saints.

Orthodoxy has preserved the fasting days and periods, the Feast Days are wonderfully celebrated, as heaven and angels descend to join in  celebration.  This is particularly visible on the Feast of feasts, Great and Glorious Orthodox Pascha, celebrated throughout Orthodox Churches the world over. We all sing the same living and hopeful song: “Christ is risen from the dead, trampling down death by death; and upon those in the tombs bestowing life.”  We were buried with Him in Baptism, and arise with Him in His Resurrection. Throughout the inhabited world, Orthodox Christians, universally confess their belief in the co-essential Trinity, the Father almighty,  the Son who became the Lord Jesus Christ,  being true God from true God, incarnate of the Virgin and became true man; and in the Holy Spirit who proceeds from the Father, and in One Holy Catholic and Apostolic Church, in the one baptism, and in the future judgment. 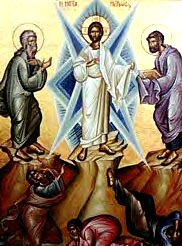 Our Lord Jesus Christ built His Church, with the divine promise that the gates of Hades would never prevail against it. He further established that the Holy Spirit would be our Comforter, Guide and the only Leader of His Church, He did not promise a human being, but would send the Holy Spirit who would always be with us and remind us of everything Christ said and taught. The unique Orthodox Church being the living Body of Christ himself is therefore invulnerable, indestructible and infallible, and will never fail, for she is secure with Christ as her Head. Sadly it is this Church that the Papacy abandoned a thousand years ago, and appropriated our name, Catholic, to herself, they cannot see Christ as its head, but look to the human Pope of Rome, as its head and guide. As the head is human so the Church is human, and not divine human.

Orthodoxy is not the property of any of us to do with it as we choose, but is the Holy Tradition which has been handed down to us from the beginning, and our sacred duty is to preserve its truths and purity and pass them on to be preserved in perpetuity.The truths of Orthodoxy stand by themselves, they are not subject to contrary opinions, as the spotless and glorious history of the Church testifies. All those who taught falsehood were eventually excommunicated or cut off from the church.

Modernists of every period such as Arias, who denied that Christ was truly God; Patriarch Nestorius of Constantinople who denied that the Virgin was truly the Theotokos; others denied that the Holy Spirit was truly God.  There were many who denied two natures and later claimed that there were not two wills in Christ. Theheretical enemies, inflamed became mobs, arose with fury and murder against the defenders of the holy Icons, and were known as iconoclasts. The icons were not restored for well over a hundred years. These are but a few of the heresies which were hurled against the  the True Church but failed to prevail against her.

The Sacred Canons of the Church always were and always will be under attack. Canons are sacred because collectively they came into existence by the diligent efforts of the many Holy Fathers, gathered in ecumenical synods while others were inspired collectively and individually by the Holy Spirit.

Just as her Head cannot be divided, so Orthodoxy can never be divided and what separates Orthodoxy from the papacy is the papacy. By their own dogmas and doctrine they have bound themselves by serious fundamental papal dogmas,* which even Rome with its infallible leader cannot change. Here below is the fundamental law of the undivided Church.

It is the belief and true confession that Jesus Christ is the Son of God and that He is the rock and chief cornerstone upon which Christ built His Church. That Christ is the Head of the Church and Orthodoxy has been His Body from the beginning, rendering the Church to be divine and human. Simon’s name was changed by Christ to Peter (Petros), because he was firm like a rock due to divine revelation from the Father. All who confess Christ as the Son of God become peter or petros. 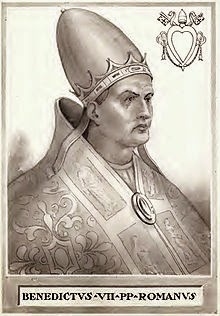 How can Orthodoxy be united with the Papacy when they are different, when they are fundamentally different? The most important factor is that the Head of the Orthodox Church is the divine and human Jesus Christ, who is the Head of the Body.   As the Head is divine and human so the Church is also divine and human. The Papacy is governed by a human being, the Pope of Rome, who never having claimed to be divine and human, only infallible.
*
The Papacy declares its dogma:
“Since by divine right of apostolic primacy, the Roman Pontiff is placed over the Universal Church, we further teach and declare, the he (the pope) is the supreme judge of all the faithful, and that in all causes, the decision of which belongs to the church, recourse may be had to his tribunal, so that no one may reopen the judgment of the Apostolic See, than whose authority there is none greater, nor can anyone lawfully review its judgment.  Wherefore they err from the right course who assert that it is lawful to appeal  from the judgments of the Roman Pope to an Ecumenical Council, as to an authority higher than that of the Roman Pontiff. (from Decrees of Vatican Council and Faith and the Church Central Office Chair of unity Apostolate Graymoor Garrison, NY No. 11-24).

Conclusion: Rome will never accept Orthodoxy or give up its false claims to superiority and infallibility making union an impossibility. The solution is that the papacy must return to Orthodoxy.

*
Papal dogmas of the First Vatican Council:
“If anyone say that the Apostle Peter was not appointed by Christ as the first and chief of the Apostles, and visible head of the Church militant,  or that he received immediately and directly from Christ only honorary primacy,  but not the primacy of truth and essential jurisdiction,  let him be anathema.”

“If anyone say that Peter does not have continual successors in accordance with the ordinance of Jesus Christ Himself with respect to primacy over the whole Church, or that the Roman Pontiff is not by divine right a successor of Peter the Apostle in the matter of primacy, let him be anathema.”

“If anyone say that the Pope has only the office of over-seer or of manager,  but no the full and supreme rulership of sovereignty over the whole Church,  not only in matters of faith and morals,  but also in the matters of discipline and of government of the Church throughout the world,  or that this papal authority is not canonical and immediate,  not only in regard to each and every church,  but also in regard to each and every one of the pastors and of the faithful,  let him be anathema

The Light of Orthodoxy will always brilliantly shine out to enlighten the whole world, with the invitation to all men to come to the one Holy Catholic and Orthodox Church wherein all the ancient truths have been preserved. Come and drink clean and refreshing water and experience the grace of God as it touches your souls. There you will find that which shall render you blessed.
Posted by Unknown at 7:22 PM