Beauty is desired by everyone and although there are many forms and ideas of beauty in the world, every form of beauty involves an eventual degradation into ugliness which mars memory of their former beauty. There is much beauty in nature, mountains, lakes and streams;  in trees and sweet-smelling and colorful flowers, but though we enjoy their beauty, we also foresee the end of these beauties in their eventual corruption and death. For everything in the material world has a beginning in good health in  youth, but is followed by old age and a corruptible end.  “Here today and gone tomorrow, is said about material things.” This includes animals, birds, men and women, all displaying a particular beauty. This particularly true in early life, but age, weather, usage, accident and corruption eventually cause their beauty to fade and be short lived, ending in  death and corruption.

For example a beautiful little infant attracts the attention of people who rejoice in  its outer and inner beauty and innocence, We  are witnesses to their initial eye and hand movements. We marvel at the abilities of the quickly learned speech and action soon  acquired by the young child. We also see their response to various sounds, laughter and words, as well as their need for food and drink.  But we are aware that it will one day fade, sooner or later, suffering death and  corruption which eradicates its former beauty. There is no form of permanent beauty in this word that can impart its own beauty to others who desire it.

But there is a lasting beauty that is not of this world, and we know that all the beauty in this world reflects the indescribable beauty of the Creator who made everything and acclaimed that what He made was good.

Men such as Juan Ponce de Leon were said to have been searching for beauty that everyone  desires, called the fountain of youth, which is said to have power to impart lasting beauty to those who drink of it.


According to its reputation, men would do whatever was needed   if it were found, in order to partake of its beautiful powers  which were considered to be unrealistic or magical by many. The fountain of youth was said to have the power to reverse aging and cure every form of sickness or disease. It would establish permanent youth and eliminate corruption and death, thus preserving beauty forever. What every man would desire was what Ponce de Leon and others were seeking, and the seekers did not they  consider it to be nonexistent and magical, but something real and desirable, for the entire race of man.  The promise of the fountain of youth was irresistible to man, for its supernatural beauty and ability would transform old age into eternal youth and all ailments into eternal health, rendering man forever beautiful. If men understood this, they would  continue to seek it for themselves knowing that the beauty acquired would render them healthy and eternal!  Of course the fountain of youth was not found in Florida or Central America, for it had already appeared almost two thousand years ago, having come down from heaven and that eternal beauty is the living God, who became a man, Jesus Christ. 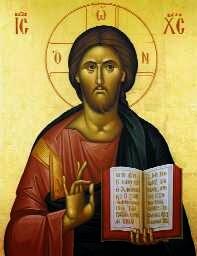 More than goods or money is the beauty of perfect life and perfect health and this is the beauty above all other beauties found only in the Lord Jesus Christ the Godman. He showed everyone that the way of the Cross led to the general resurrection followed by perfect and eternal life with perfect health. This is the life which all the faithful will one day enjoy, where there is no pain, no sorrow, no groaning but life which never ends and unexcelled youthful  beauty that never fades.

When we see the sun, which is but a slightest reflection of the brilliance of the Father, whose light dims the sun. We see the groups of large and small creatures teeming with life, from a tiny insect to a giant elephant both filled with life supplied by the Giver of life, The slightest ripple in a stream reminds us of the Creator. All creation reflects the glory and beauty of the Lord who made heaven and earth. The beauty of clouds, of the rolling hills and mighty mountains, the plains and deep valleys, the trees in forests, and of deep lakes and running streams all are but a slight reflection of God, whom we recognize as Creator of His works.

The beauty which we all seek is the supreme beauty of God, and God in turn rejoices greatly in his own eternal idea of the beautiful man which He created in His image out of clay.  The most beautiful of men is described in the Book of Genesis: “Let us create man in our own reformed into image and likeness.”  Nothing can possibly surpass the beauty of the Godman, or of any of others who became  His image and likeness and so reflect His beauty. The first perfect man in the image and likeness of God is Jesus Christ the Son of God and Son of man. Christ is the true and perfect beauty for  which men are unknowingly seeking.  He is the divine Logos of God and thus never changes but remains perfect because He is the perfect Godman. Jesus Christ seeks to impart His beauty  to all men, for He urges us to acquire His beauty: “Learn from me for I am meek and humble in my heart” “Be holy for I am holy,”  “be perfect as your Father in heaven is perfect.”  This state of perfection is available to men who willingly struggle to acquire it for it quickly comes to those who really seek its rare beauty. In vain do we seek beauty in matter which always leads to death and corruption, when inner beauty leads to beautiful holy and endless life.

The inner beauty of man struggling to become the image and likeness of God, is discernible in men who enter Orthodox Christian life, acquired by prayer, fasting and almsgiving, and is made known in their words and actions. They acquire virtues and replace arrogance and pompous pride with humility. In place of unreasonable anger they become gentle and meek. Instead of selfishness they extend their generosity to everyone. The men in the image and likeness of God words, by their appearance and speech are peaceful and kind  toward all men.  From their mouth proceed speaks truth and kind words even to those who seek to do them harm. If the world were populated with such beautiful men and women  there would be no crime, no wars, and instead peace and happiness would prevail. The hungry would eat regularly, the poor would be completely cared for as well as the sick and aged. Happiness would prevail everywhere when men choose to become beautiful! None of us can impart this beauty to others until we acquire it ourselves. 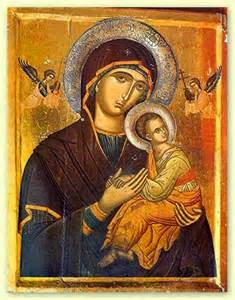 This week the holy and precious Cross is exalted in beauty and majesty. The Triodion describes the Cross: “On this day the Tree anointed with life, the Cross of Christ, fills  all things with the perfume of divine grace. Let us smell its God-given fragrance, venerating it with faith forever.” “This day, O people, let us dance and sing to the music of the harp, and greatly rejoice at the veneration of the Cross, giving glory to Christ who was nailed upon it, who is the God of our Fathers, and  alone are blessed and greatly glorified.”

John the Forerunner and Baptist’s beauty is described by Christ as “among them that are born of women there has not risen a greater than John the Baptist.”  The soul of John was noble, his life angelic and his courage was undauntable, and his appearance was beautiful.

Even thousands of volumes would not be able to describe the beauty of the lives of countless millions of martyrs, confessors and saints and their glorious sacrifice in willingly lay down their souls for Jesus Christ.  The appearance and brilliance of each individual exceeds that of the sun and their sweet aroma permeates the entire heavenly kingdom. This beauty is beyond words to describe adequately, for heavenly beauty is permanent beauty, for it is beauty that never ends and is incorruptible.  But the beauty of the infant Christ is beyond description, causing the shepherds and in magi great amazement.

This beauty was first seen in the infant, then as a young boy and later as a full grown man of about thirty, when He was baptized in the Jordan, and the Lord said: “This is my beloved Son in whom I have well decided. The beauty of Christ is not visible in His every day life but when He shines brilliantly when he is in His glory hanging upon the precious Cross!