OUR MATERIALISTIC AGE –RETURN TO IDOLATRY

OUR MATERIALISTIC AGE –RETURN TO IDOLATRY 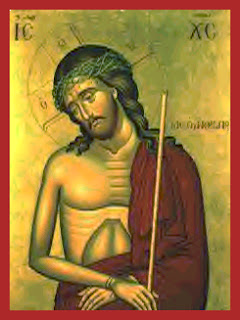 We are living in an age where the origin and destiny of man is degraded by some scientists,  to the level of  mindless matter and the trash heap.  Although man is destined to a much higher  and noble purpose, the advocates of this degradation appear more as haters of man not philanthropists.   We observe that in the media, in advertising, from many scientists, including many around us,  consider matter as everything and establish that there is no such thing as a spirit in man, or a God who created man and  gave him that spirit.  This is true in both the West and the East, and all of the European world. What is the status quo of today?  To this question the facts answer that it is none other than the worship of matter or materialism, the worship of  idols and the worship of money. It is founded upon the total denial of man’s true and noble destiny.

No one will deny that this is an age of the glorification and exaltation of  physical sciences, which produce gadgets and more


gadgets, denying the spiritual life of man; and it is established as fact that matter alone  is the principle of all life, not even  knowing the source of  life, thus speaking about that which they know nothing. According to the prevailing wisdom, man is born of matter,  nourished by matter, and returns back to matter. This being so, he should love matter with all his heart, with all his intellect, with all his soul, and with all  his power.  While loving matter with all his heart, he ought to accumulate and treasure up as much gold and silver money as he possibly can; he ought to study the law governing its production and conservation, by means of physical sciences.  While loving matter with all his strength, he ought to arm himself with various weapons, and  the stronger ones ought eat the weaker in accordance with the natural law of competition and survival.  While loving matter with all his soul, man ought to worship  it by means of religious forms and formalities, in keeping with the intellectual development of each nation and people. Accordingly, with this program of the materialization of man is in full operation, we shall have the return of the gods and goddesses of ancient Greece or Rome, and at the same time we will be freed and liberated from the “superstition”  of Christianity and the Middle Ages.

Such is the diction of learned men of this ages, and the status quo regarding matter permeates everything.  Reducing humans to the level of  matter,  robbing them of their self-knowledge and of the spirit in them, and of the fact that man was created for a specific purpose defined and legislated by the Creator.  For He created man in His own image, with the potential of becoming  His perfect likeness. Man’s destiny is to live for ever, know everything and become all powerful. Obviously,  God’s promise to man is  infinitely greater and more blessed for man than the promise of pseudo-science’s which consigns the entire human race  to the trash heap of matter!

The Creator did not breath His spirit into any creature other than man, therefore all  animals, birds, cattle and beasts as well as sea creatures are  matter and return to matter.  Although man is composed of matter like all the animals, the huge difference is that he has a spirit breathed  into Him endowed by the Creator. The Creator gave man authority over the cattle and the beasts, which he possesses to this day. John the theologian thunders in His Gospel, that the Logos of God who became incarnate, Jesus Christ, is “the true Light that lightens every man that comes into the world” Every man that comes into the world has  intellect which comes from the Logos of God, as John says, and is known as right reason, a benefit not possessed by any animal. Man has cognition,  including the scientists who deny it; man also has  affection and a free will. It is impossible for these to come from matter which lacks all of them.

Who would be foolish enough to deny that man has total freedom and is not bound by his material body, but in many cases has and will sacrifice his body for the sake of the spirit.  This is the reason that the Church honors countless martyrs who died for the sake of truth. But materialism, is without honor, without morality, without any goal except death and matters trash heap.  Instead of elevating man, materialism degrades him. Materialism continually aims  at  the cause of all life, the Truth who came into the world, for they hope to destroy His memory for ever. But their efforts will prove to be futile, for no one can defeat the one who is all powerful; no one can outwit the one who knows everything. No one can escape from Him who will judge the world. They will also perish in the mire of their own falsehoods, for they do all they can to erase the memory of and consign to  the trash heap, the Son of God, who came into the world, healed the lame, gave sight to the blind, speech to the mute, cleansed the lepers and raised the dead. They do not differ in any way from the Scribes and Pharisees, who agitated the crowd of Jews to cry: “Away with Him! Crucify Him!

Our Lord say that we ought to judge a tree by its fruits.

What are the fruits of degrading man from a material- spiritual creature to spiritless matter? Decline of morality, fornication, adultery, sodomy, children births out of wedlock, against honorable marriage, love of money and all that it can buy. Crime and murder increase as  morality disappears, genuine love is  disappearing, and the desire for more illicit things is considered a boon worthy of man. The more wealth and material a man accumulates, the greater he appears to others.  Established families of  working father and caring mother and children, the backbone of any healthy society are gradually fading away, leaving what?  Man becoming more like an illogical  beast or cattle.

Our Creator and God sent His Son into the world to enlighten the souls of men. One man alone, enlightened and guided by the Son of God,  Basil the Great, originated hospitals and orphanages, where the sick were cared for without charge, and orphaned children grew up in love and peace, healthy in body and soul.

Our Lord says the we ought to judge a tree by its fruits.

The fruit of true Christianity has always been love, peace, joy and martyrdom in and never bowing down to material things or  hand-made gods which is idolatry. The actions of true Christians  include charity, by helping the poor,  harming no one, but helping everyone. For man struggling to become likeness of God, becomes merciful, kind, generous, self-sacrificing and benevolent toward even enemies, and practicing moderation  as God has commanded.
When the Lord comes to judge the living and the dead, all will stand before Him to be judged. Those who love Him and keep His commandments will enter into His blessed Kingdom enjoying life without end. The others will go to the torment without end, as they deserve, for they inflicted evils of disbelief on themselves and their fellow man , not with truth, but with the use of deception and phantasies.  The justice of God give everyone what he deserves. But the mercy of God is extended to those who believe in Him keep His commandments and love Him with all their hearts, with all their souls, with all their minds and with all their strength, and who remained faithful to the end.
Posted by Unknown at 6:26 PM