FOR CERTAIN THERE IS A GOD

FOR CERTAIN THERE IS A GOD

From: ON THE DIVINE LITURGY – VOL.2


Dear readers, there are many subjects which people busily discuss, wherever they live and whatever their education, but the one topic above all others is that pertaining to Gods existence. People are never indifferent to this subject. Even though some may appear indifferent, there come moments in their lives when this matter sets them off. Is there a God, yes or no? If there is not, then everything is permissible, even the most heinous crimes. If He exists, however, then things are different, and everyone is responsible to the Creator for his actions.


God’s existence is bound together with the notion of divine justice, a justice that is free of the imperfections and weaknesses of human justice and is able to punish every crime and reward every virtue. This is what St. Paul means when he says: But without faith it is impossible to please Him; for He that cometh to God must believe that he is and that He is a rewarder of them that diligently seek Him (Heb.11:6).

Faith in the existence of God constitutes the cornerstone of the Christian edifice. That is why the first thing proclaimed in the symbol of the Faith is the existence of God: "I believe in one God". Unbelievers have multiplied in our century and fight brazenly against God, saying and writing in books and magazines that there is no God. If you ask an unbeliever, however, what his arguments are against Gods existence, you will see that he does not have a serious argument. He accuses the Church of dogmatism, that She tells us to believe without proof, yet he himself presents as a dogma that there is no God, expects that the world must accept that! 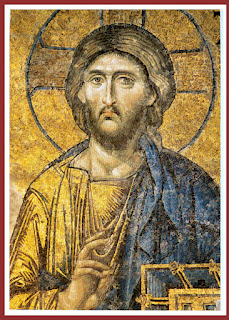 While atheism, old or new, feels it does not have to present any proof of what it maintains, it feels that the Church, which preaches FAITH in Gods existence, must present many proof by evidences with which to convince any impartial person.


God exists. Countless voices cry this. Let me give a few examples:


We are familiar with the camera. You stand before this machine and it takes your picture. If someone tells you the camera you are holding was not made in a factory, but created itself, would you believe in him? Certainly not! And if your friend insists, you would begin to doubt his sanity, for only a person devoid of reason would say that cameras create themselves .
But there is a camera infinitely superior to any camera in the world. It will function for years, without expense; it takes millions of photos. What kind of camera is this? It is our eye. This is a perfect camera, a wonder. Who made it? If someone cannot accept that an ordinary camera is a work of chance, then how will he dare to say that eye is a work of chance? No, the eyes are not products of chance. Someone made them, and that someone is God. An eye is enough to demonstrate God’s existence.


Do you know about the radar? It is a huge artificial ear, which science took great pains to plan and produce. It is placed high on mountains and receives the sounds that airplanes or other object produce, no matter how high they fly. Let someone dare insist that radar invented itself. No one would believe him. Everyone accepts that radar apparatus is designed by men and made in factories.


Do you admire radar? Then you must admire the incomparable more human radar – the ears. Its construction and function astonishes scientists called otorhinolaryngologists (ear, nose throat specialists). Radar is created by man, the ears by whom? Certainly by someone, and that someone is God. An ear is enough to prove that God exists.


Yet another example. A city is supplied with water by an aqueduct, which has its reservoir outside the city. From there, the water flows through large and small pipes and reaches all the houses in the city. Aqueducts are admirable, as is the Athenian aqueduct, having an enormous reservoir. The network of pipes supplying the entire city has a total length of many thousands of miles. I ask you, who would dare say that such a huge system is a work of chance? No one with a sound mind would!


But let us look at another aqueduct which works day and night to supply not water, but blood to the human organism. The heart collects blood like a small reservoir, but does not hold it. It distributes it with absolute justice. Instead of pipes it uses veins and arteries, which reach even the smallest parts of the body. There are capillaries thinner than a human hair: imagine a tiny pipe like a hair and through it blood is flowing, reaching the tiniest parts of the anatomy. Do you admire the aqueduct? How much more should you admire the heart, which with an astonishing network of veins and arteries continuously distributes blood! If the heart stops working, the man dies in a few minutes. Engineers and technicians construct aqueducts, but who constructed the heart? Certainly someone, and this someone is God. A heart suffices – what am I saying – a hair-like capillary suffices to show that God exists!


Our faith is not without proofs and arguments. Let everyone then, from the bottom of his heart declare his belief: "I believe in one God!"