HOLY SCRIPTURE AND THE SACRED CANONS FORBID DIALOGUE WITH HERETICS

HOLY SCRIPTURE
AND THE SACRED CANONS
FORBID DIALOGUE WITH HERETICS
"Have nothing to do with them, for they are self-condemned"
Nations hold dialogues with other nations for various reasons, often offering mutual compromises to settle issues. This has produced the art of diplomacy and the maintenance of embassies in various countries.

However such dialogue and compromise is foreign to the Orthodox Church, even though many have done so over the centuries. A dialogue with those outside the Church to learn of their misbelief and correct them is always permitted, but it is forbidden to recognize them as brothers and fellow believers. The reason is that heresy is extremely infectious and dangerous to the soul. If a member of the Orthodox Church holds a wrong belief, it is the duty of every Orthodox Christian to strive to bring him back in a spirit of firmness and love. But concerning a man who is a heretic totally different rules apply, as St. Paul and the Fathers declare.


"A man that is a heretic admonish a first and second time, after that have nothing to do with Him, knowing that such a person is self condemned" (Titus 3:10) 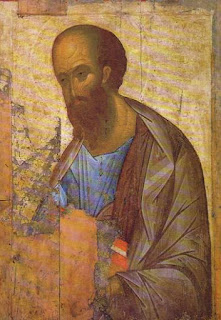 CANONS OF THE HOLY APOSTLES
CANON 46


"We order any Bishop or Priest, that has accepted any heretic’s baptism or sacrifice be deposed; for "what consonance has Christ with  Belial?  Or what  part has the
believer with an unbeliever?"


"Let any Bishop, or Priest, or Deacon that only joins in prayer with
heretics be suspended, but if he has permitted them to perform any
service as clergy let him be deposed."

What is heresy and who is a heretic? The word is from the Greek meaning " an opinion." In the Church, the word is applied to an opinion or belief, different from that of the Church, pertaining to the Orthodox Faith and tradition, and spiritually it is a deadly disease to both the heretic and those whom he infects with this disease.


The Church has fought and still fights against various heresies. Countless martyrs who suffered were tortured and killed in opposing heresies. Every heresy is inspired by the same Devil whom Christ defeated on the Cross, granting us victory and His great mercy. Heresies are truly the gates of Hades, which Christ promised would not prevail against the Church, for if they were successful, a single heresy alone could conquer the Church, but with Christ’s protection the Church remains indestructible. Heresy is the source of all Christian, not churches but sects, outside of Orthodoxy The heresy of Arius, who denied the divinity of Jesus Christ, is today the Unitarian church. One of the heresies of Origen asserting that, in the end, God would save and restore all those who died as well as the Devil and the demons, is today held by the Universalists.


The Papacy is both a citadel of heresies and the seat of the great apostasy, in their arrogant claim that the Pope of Rome is the only real bishop, the sole authority, a super-bishop and only successor of Christ, who being absent needs the Pope as vicar. The Papacy with its excesses and oppression spawned the entire Protestant rebellion. In their folly, they teach that the sinful Pope can judge everyone, but himself cannot be judged by anyone. Then, about 150 years ago, they made the insane declaration that the Pope is divine and infallible like God


The heretics called Monophysites, deny that Christ shares two natures, and assert that they merged together forming a single merged nature, an idea condemned by the Church. Four Ecumenical Synods dogmatized the two natures in Christ, divine and human as being the Orthodox truth. Until this day the Armenians and other "Oriental churches" remain in this heresy. They remain heretics by believing in a single nature in Christ after the Incarnation, which is impossible, for one and one always make two. The divine nature and human nature in the one person of Christ can only be two natures. They also refuse and reject four out of seven Ecumenical Synods – they are not Orthodox. Orthodox. 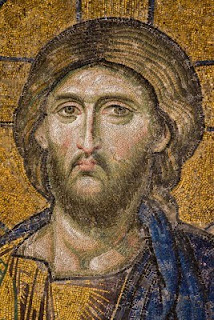 How can we know who is Orthodox and who is a heretic? We will know when they proclaim a doctrine contrary to what the Church has always believed. In the past, various heresies have waged assaults against the divine truths, seeking to confuse the minds of the faithful. But God rose up spiritual giants who defended the Church against those gates of Hades. Some denied Christ’s divinity, others, tried to destroy his identity as being God before the ages, and man from the womb of the Virgin Theotokos – the Godman. They attacked and sought to destroy the honor and reverence due to Holy Icons of Christ, His Mother and all the Saints, and the precious Cross. Every heresy seeks to overthrow truths which identify the Church, for being agents of the Evil One, they adopt and follow his ideas.


By far, the greatest heresy was adopted by the Church of Rome, who abandoned and apostatized from the Church, and created false and forged claims to spiritual and secular authority over all mankind and gave all doctrine and authority to a super bishop – the Pope of Rome. Because power corrupts and absolute power absolutely corrupts, in a short time, popes became tyrannical. The former Church of Rome, which had produced Saints and Martyrs, was transformed to something totally different from the Church – the Papacy. In great arrogance, they changed truth into falsehood and falsehood into truth, by means of lies, forgeries, inquisition, torture, slaughter, and even murderous crusades. Crusades were organized by the Popes against the infidels, not bringing them to eternal life in Christ, but to slaughter and death.


Eventually, in order to destroy the true Church, guised as being Christians like the Orthodox, they maneuvered into Constantinople fully armed. I n a moment of time the massacre began, the pillage, rapes of women and nuns, chopping up altars and holy things, and total desecrating of everything holy. They completely sacked the city, considering the Orthodox as heretics, who abominated union with Rome and their Pope. Some will say: "Well that was over 800 years ago during the fourth crusade. Time does not change the murderous intent of the Papists against the Orthodox During WWII almost a million Serbian Orthodox were tortured, maimed and killed, because they would not accept the Pope of Rome . The history about that event, records that the Ustashi, slaughterers of the Serbian Orthodox, were sponsored by Archbishop Stepinac to carry our their crimes. The Serbians were preparing to try him as a war criminal, but the Vatican helped him escape, and they are "making him a saint." However, just the existence of the Papacy, posing as the one Catholic Church is open warfare against Christ and His true Church. They are responsible for the thousands of sects that broke from the Papacy and formed churches according to their own desires, and their beliefs include many falsehoods and heresies.


Although many apologies have apparently been offered by recent Popes, they are meaningless because the root cause of their hatred and ferocity toward the Orthodox , is that they do not dominate us, and that we firmly stand before the entire world as the one true Church, welcoming everyone to salvation and eternal life . Orthodoxy offers Jesus Christ and salvation, the Papacy offers the Pope. Orthodoxy offers joy and peace after death, the Papacy offers torment in a non-existent purgatory. Orthodoxy offers not a man, but Jesus Christ the Godman, the Bridegroom of His Church. We are assured that He will never leave us, and He promised: "Lo, I am with you until the close of the age." They claim that Jesus Christ conferred absolute authority and infallibility on the Pope of Rome, which He would never do! For Christ himself teaches that every word must be established by two or three witnesses, and the Papacy’s claim is false for the Pope cannot be the single witness of Christ. Christ forbids a single witness. But the Pope assumes equality with Christ by his claim to authority that he can judge everyone, but no one is permitted to judge him.


Every heresy is deadly poison and once a person partakes, no cure may be found. The Papacy’s claim that the Pope is the Vicar of Christ, is an insult to Christ, who is not only a man like the pope, but is the Godman, the one Head of His Church, but not of the Papacy. 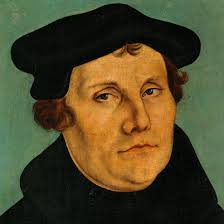 Dialogue with heretics breaks down the spiritual immune systems of the participating Orthodox Christians, who become infected by such forbidden dialogue, and this deadly disease spreads poisoning many of the faithful. Further, this dialogue is dangerous as it continues, for the weaker of the faithful become brainwashed into believing that there is more than one Church, more than one Spirit, more than one baptism and more than one authority. We hear people saying, "Well, we have seven sacraments and the Catholics have seven sacraments, so we are similar. They have the Pope and we have the Patriarch." Then by allowance of forbidden intermarriage, things get much worse and truth is hidden. Woe to those who consider heretics as brothers in Christ, or even worse deny that heretics are heretics and blindly embrace them as equals, ignoring their serious attacks upon Christ and His Church and divine truths!


Repeatedly, we confess our belief in: one holy catholic and apostolic Church, and one baptism for the forgiveness of sins. We believe that their is one God, Father Son and Holy Spirit, one Church and one Baptism and one path of salvation which is found only in Orthodoxy. Dialogue with heretics, elevates their prestige before the Orthodox, and undermines the fundamental belief of one Church held by Orthodox Christians. For this reason St. Paul commands: "A man that is a heretic admonish a first and second time, after that have nothing to do with Him, knowing that such a person is self condemned"


This is the proper association and message which ought to replace the illicit dialogue, for we should seek to save the Pope and every heretic, by bringing him to truth, not only him but all who are outside the Church. Each and every soul is precious before God who seeks its salvation. Our efforts ought to be the struggle to bring each of them into the Church which alone has salvation, and love commands it.


Let us address him like this:
O Pope of Rome:
You know well the forgeries and pseudo doctrines upon which your edifice was built; you know that you are not on the path of  salvation due to your own supreme arrogance, placing yourself as the highest on earth, fancying yourself as being God’s only confidant in heaven and on earth. How can you belief such nonsense? How can you go on distorting the Gospel You know that you were not singly chosen by Jesus Christ as the supreme ruler and head of His Church, nor are you infallible equally with Him, therefore abandon this insanity and save your own soul. Abandon this terrible error, leave the Papacy and be baptized into the true Catholic Orthodox Church. If you do this you will avoid eternal torment and gain everlasting life in the kingdom of heaven, rejoicing with the Saints and Angels!