THE NECESSARY EXISTENCE OF GOD -- IMPOSSIBILITY OF DENIAL

THE NECESSARY EXISTENCE OF GOD
IMPOSSIBILITY OF DENIAL 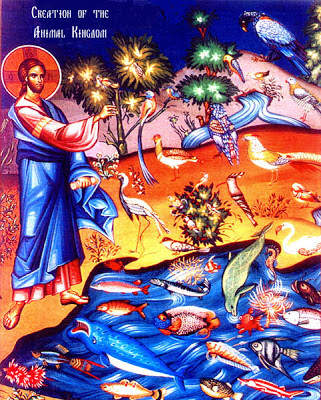 Men and women have countless ideas, of their mother, father, sister, brother, children and cousins, homes, automobiles, cell phones and computers. Without such ideas men would know absolutely nothing. To have an idea of something is to know that it really exists, for when we say I have an idea, it indicates knowledge of what the idea represents. If we say we have no idea of something it means we are ignorant of it. It is impossible to have any idea without the spirit given by God to all men, for an idea is an image and representative of a being in our spirit. Modern Psychology has erroneously dogmatized that our ideas and remembrances are brain cells. But material brains cannot produce spiritual phenomena such as ideas. It is important to know the source of ideas which is certainly not in the human brain. Ideas and cognition, intelligence and feelings with volition are not matter but are spiritual entities.


An idea is the image of a certain being which we have in our spirit, and by which the spirit is able to contemplate or consider the being. Without an idea we could not contemplate beings or ourselves.


Christ teaches, speaking to the Samaritan woman at the well: "Those who worship God will worship Him in spirit and truth." We must realize that it is Jesus Christ who is speaking. He is the eternal Logos born of the Father and in time of His Mother. He is the perfect Idea being born of the Father continually, eternally. The Logos of God is the eternal Truth and the eternal Wisdom of God. The Jews had been worshiping God with material offerings and sacrifices, keeping the letter of the written law rigidly. Christ spoke to the Samaritan woman of the day when men will worship God in spirit and in truth. Orthodox Christians who keep God’s commandments, have them written in their hearts, and keep them not rigidly, not carelessly, but in spirit and truth, for within the written law is the finer spiritual law. For the Orthodox, the worship of God is not out of duty but is derived from faith, hope and love. Prayer to God is joy and exultation. Sincerity and strong faith are bulwarks of spiritual life. 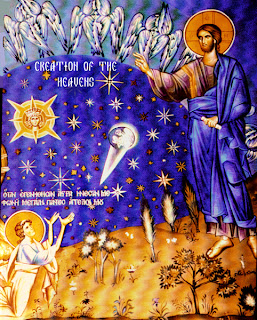 The idea of God exists in our spirit because there is necessarily a God, who created heavens and the earth, the sun and moon, stars and planets, all living creatures. And He crowned His creation with man in His own image, destined to become the perfect likeness of God. So long as bits of history are preserved, they testify that mankind, with few exceptions, always understood the idea of God or gods, or a supreme being with greater power and infinitely more knowledge than themselves. Even an atheist has an idea of the God whom he denies, or he could not possible deny Him.


But to believe that God exists is but a simple conclusion based on right reason and the existence of everything not made by man, for nothing can come from nothing. There is a law saying that for every effect there is a related cause, which always holds true and is scientifically sound. All that man manufactures or produces are effects, which testify to his existence. Everything that exists is creted by God, including man, similarly testify to His existence. God created matter out of nothing and from this matter the entire creation has been formed. Out of matter He made the sun, the moon, the planets and stars and the earth. He made the earth suitable to nourish and provide for man, destined to become His own image and likeness and who is the crown of His creation. All creation declares the glory and majesty and power of the God whom we worship.


However the Devil and demons believed that God existed for they rebelled against Him and now they tremble before Him, since Jesus overthrew their kingdom and stripped them of their power. So believing in God is not sufficient, for we must have firm faith in God, without which we can never really know Him or enjoy what He so generously offers us and the whole race of man, beauty and glory which is almost impossible to describe.


We cannot place our faith in many gods or any god, but only in the true God, who speaks through the true Church – Orthodoxy. God does not speak through the Pope of Rome or through the many contradicting Protestant preachers, but only speaks to man through the small voice of true Christianity. Once a person has contact with the true and living God, His heart will jump in joy and His attitude will be completely changed for the better, for God is quick to help all those who call upon Him!


Some cannot come to the true God, being unwilling to give up their sins and iniquities, being lovers of money, pleasure and this present world alone, and for them we can do nothing except offer up prayers. But to each individual who is seeking for life that never ends, knowledge that is pure and beautiful, power to overcome their sins and passions, to them we say, Come and welcome into the true life and merciful salvation.


He selected the nation of Israel as His own chosen people and gave the law and a covenant through Moses, to which they agreed. The covenant was witnessed by circumcision, which was first applied to Abraham. Moses and many Prophets prophesied the coming of the Christ/Messiah. Isaiah says that He will be born of a Virgin. His betrayal for 30 pieces of silver was prophesied, His suffering and mockery and crucifixion, His being pierced, the abandonment of His disciples, His death and third day resurrection is prophesied: "Let God arise! Let His enemies be scattered! Let those who hate Him flee from before His face! These are but a few of the prophecies, but outstanding is Moses’ declaration to the Jews that they would gaze on the Cross, Christ who they condemned, saying: "You shall see your life hanging before your eyes!"


There being no question concerning the existence of God, why then do men believe in false gods, atheism, false philosophies, etc.? Why do they not find faith in the true God who created heaven and earth? A major reason, is that they know if they develop faith, they will have to change their entire way of life, abandon sin and vice, embrace virtue, and live the life that is worthy of a believer. Believing or having faith in the true God is of no benefit if we fail to heed what He has to say unto us, for having created us was for a specific purpose which we should learn from Him. To believe in Him and ignore Him is a great insult to His supreme majesty and glory and an affront to His perfect love.


We can deny God but He will not deny us. We can judge things about God, blame Him for bad things, expect Him to do our will, and in general to attempt to use Him like a genie in a bottle. But He will one day judge each one of us, and we will be responsible for failing to listen to Him, and deserve punishment for not denying ourselves and strive to do only His will. 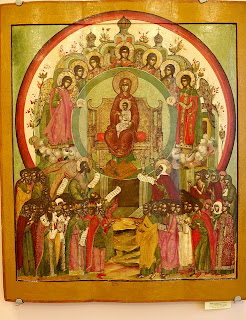 Western Christianity confused by their false beliefs, has generated false ideas of God, while only Orthodoxy has preserved the truth about God. Let us listen to John the Evangelist in His epistle. Christ by His own example taught us genuine love which is sacrificial and does not center on ourselves an idea held by many in the west. We must love our enemies not kill them or take revenge on them. We must love those who hate us and submit us to every kind of evil. Christ was not killed by bad men nor did He suffer to appease the Father’s anger – this is a myth. He willingly ascended the Cross in order to conduct the greatest battle ever waged– between God and the Devil who had man under his authority due to sin. The battle that took place on the Cross, was between the Devil, represented by the Chief priests and pharisees, and the Son of the Virgin. Their hope of victory was subjecting Christ to infamy and death as a malefactor. Christ’s plan was submission and voluntarily death at their hands, and thus destroy the Devil’s kingdom and authority over mankind.


The unjust treatment and death of Christ was acted upon by the justice of God which awards to the Victor Christ, all authority in heaven and on earth, and the authority to put death to death and cause an eruption of great joy and exultation in song, by the whole universe: "Christ is risen from the dead trampling down death by death and upon those in the tombs bestowing life"