HOW DO WE KNOW THERE IS A GOD?

HOW DO WE KNOW THERE IS A GOD?

Can we prove that God exists?


This question has been asked by many children and adults. Here is an answer.


All we need to do is use our minds and open our hearts.

We all have a mind through which we think, but no one has ever seen a mind.


3. We see an airplane overhead, but we do not see the pilot, but we visualize or see him in our mind.
4. Our heart is beating, but we cannot see it. We breathe in air but can’t see it.


5. We see a big elephant. But if he is not around we can see him in our memory.
6. We speak to someone on the phone. We do not see them.


7. When you see a car or a bicycle, you know for certain that someone had to make them.
8. You also know that toys and cars are made by men, not by monkeys or donkeys.


11. You eat food, and while you know it goes into your stomach, but don’t see it there.
12. You know that trains, planes, and boats are made by men.


13. You know of so many things made by men.
14. Everything that man has made can be traced back to a man.


15. Man makes something and it breaks. We bring it to a man who is able to fix it and make it work.
16. Your car breaks down or doesn’t start, you or your dad call an good mechanic to have it fixed.


17. When you eat eggs, you know that there was a hen who laid the eggs.
18. When you eat a banana, you do not see the tree but you know it had to come from a banana tree.


19. When you see a picture you recognize it for it is imprinted in your spirit.
20. You enjoy the sun, water for swimming, and long walks, with gratitude.


21. This gratitude is meant for the God who is good and merciful and alone loves mankind.


The world that God made. 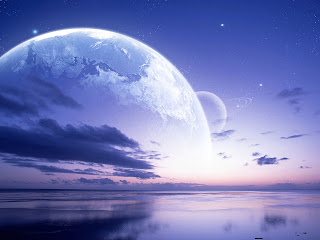 The world we live in is the world that God made
Man did not make this world, but lives in it as a guest of God.


God the Creator can do anything
If there were no God there would be no world, no man, no sun, no moon, nothing.And we would not know this because we would not be here.
There are men everywhere.   There are animals, fish and birds.There are trees and flowers and fruit.


There is water to drink and air to breathe.
There is fire to cook on and to keep us warm.
There is the moon and stars at night 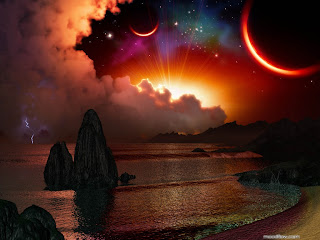 
God gave us our minds, our hearts, and our bodies.
The proof that God exists is in everything else that exists. He created everything.


God chose the Hebrew people, because of a man named Abraham who refused to bow down and worship wooden idols as being God.


Andrew, in answer to your question, "Can you prove that God exists":
Abraham showed us the best proof.


The great faith of Abraham


At first Abraham did not see God. He knew that the wooden idols that his father bowed down to as gods, could not be God the Creator. More so, when he saw that they had to be guarded so that no one would steal them.


Abraham was seeking to see God, and he did. He did not see Him with his eyes, but with the eyes of his mind. He looked at the sun, the moon, the stars, the sea, everything that God made, and cried out to Him!


God answered Him because Abraham was seeking Him. Everyone who sincerely seeks God will also see Him. 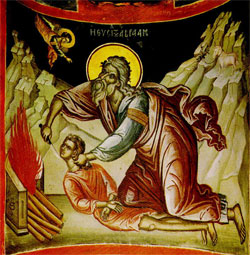 Abraham did not hesitate and prepared the fire and sacrifice; but an angel of God stopped Him, giving him a ram instead. Abraham’s great and magnificent faith was stronger than anything in the universe, for He trusted God completely. The faith of Abraham is our faith -- the faith of Orthodox Christians. We are the children of Abraham, for we live and die in total faith in Jesus Christ, rejoicing in the hope of everlasting life.


The descendants of Abraham were known as Israel.  The Hebrew people did not always follow God but chose to make idols toworship ignoring God’s law, and they did many evil things. Moses, who was God’s friend and servant, and the leader of the nation of Israel, performed wonderful and supernatural things through God’s power. He sought the freedom of his people from the Egyptians, who were held in bitter bondage and treated worse than slaves. Moses warned Pharaoh that God wants him to let his people go. When Pharaoh refused, Moses brought many plagues upon the Pharaoh and all of Egypt, so as to compel the Pharaoh to set God’s people free. God's plan was to bring his people to the promised land, flowing with butter and honey. After the angel of death took the life of the Pharaoh’s first-born son, he decided to let the Hebrews go free. But after some time, Pharaoh changed his mind and decided to chase the Hebrews with huge armies, with plans to kill all of them.


God, who always protects His people, instructed Moses what  he should do. When Israel reached the sea, the people began to panic, thinking they were trapped and would be killed by the soon to arrive Egyptian armies,for they had little faith in God or Moses.  They began to grumble  against Moses, as they awaited the onslaught of Pharaoh and his armies, while they stood helpless before the great sea. 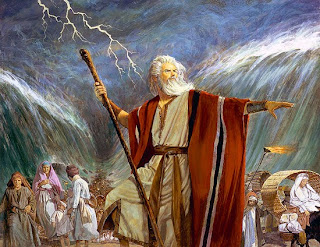 But Moses showed them the glory of God their deliverer! Moses signed the water with the vertical part of the Cross. The waters immediately parted and the Hebrew people walked through the Red Sea, with their feet still dry.


When Pharaoh and his armies, moving fast in their anxiety to kill the Jews, entered the dry bed of the Red Sea, Moses, as God told him, made the horizontal sign of the Cross over the sea. The waters closed in and Pharaoh was drowned and all his armies were annihilated.


After establishing the Jews in their land as He had promised, God sent them many Prophets, who spoke of the Messiah or Christ which was promised by Moses, saying that he would be raised up by God. Many Prophets told in very great detail all about Jesus Christ the Messiah, and that He would soon come. Isaiah the Prophet said: "Behold the Virgin shall conceive in her womb and bear a son and he shall be called Emmanuel."


Almost two-thousand years ago, Jesus Christ the Messiah did indeed come and was born of the Ever-Virgin and Theotokos Mary. A very small amount of the Hebrew people believed and accepted their Messiah. Especially strong in their faith were the Apostles, who were Jews.


Who is Jesus Christ? He is the God who created us who came down from heaven becoming the Godman. He taught us how to live, not to lie, not to steal, not to curse, not to do any evil, and to do only good. He taught us about loving Him and loving each other.


He founded His Church, Holy Orthodoxy and has preserved it unchanged for almost two thousand years! In the Church we learn many things, and therein we worship Him in spirit and truth.


He gave the deaf hearing and the mute speech.
Jesus changed plain water into delicious wine.


Jesus walked on the surface of the sea.
The wind and the waves obeyed Him. He looked into men’s hearts, knowing their thoughts.


He taught us to imitate Him, to become like Him, humble and meek, getting rid of pride and anger.
Jesus taught us by example that all who love Him must also love each other. He said: "A new commandment I give to you, that you love each other, even as much as I have loved you."


Andrew, God came down to earth and spoke with us.


I have shown you perfect proof that God exists.
Christ has shown us that He is God:


Only God can raise the dead. Only God can give sight to the blind, hearing to the deaf, and cleanse the leper.


Andrew, give God a call and speak to Him. It is called prayer. Like this:


In the name of the Father and the Son and the Holy Spirit, now and for ever and unto the ages of ages. Amen.


My God and Father in heaven, my name is Andrew and I want to know you more. I want to talk with you. I want to love you because you are good. You gave me my existence, my life, my mind, my heart and my body, everything came from your goodness.


I thank you for keeping my heart beating continuously.
My God, do not forget me, Andrew; and that I called you like Abraham.

I will talk to you again soon.
Posted by Unknown at 5:54 PM