Few do not know of the federal Social Security Act, which was designed to give people security when they reached  advanced age, by  financial support. Starting  with one penny on each dollar earned, it was quickly accepted by people.  The Social security system in this country started in the 1930 period, and was touted as security for old age.  Obviously security is important to men, for real security if perfect would give us total comfort without anxieties.

The first created, Adam and Eve, enjoyed such perfect security in Paradise where there was no opposing power or storm threatening them. So long as they obeyed the law of God they were free and secure in Paradise, having everything they needed.  Nothing could harm  them for they were secure and happy, living in the grace of God. They felt even more secure when God visited them for they delighted in His sweetness, love and beauty.  But after they sinned, everything changed, for they became criminals, having broken the law of God, and now, instead of Paradise, everything changed to bitterness, for they were threatened by the penalty of death which hung over their heads like a  sword. Instead of rejoicing and running toward Him as they always did, now when God called out to them, they hid, trembling in fear, because they were guilty and filled with shame. Sadly having lost their innocence they also lost sweet Paradise. 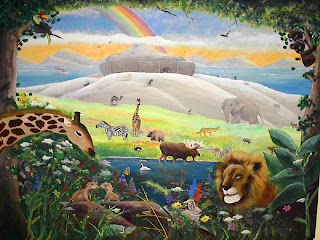 Since that time until the present sinful man has sought security, attempting to find a perfect method, by building stronger houses, placing strong locks on them, or with guard dogs, or installing alarm systems, safes for the most valuable items, exerting every effort to guard possessions securely. All these efforts arouse anxieties in his soul, and the more he attempts to establish security, the more insecure he becomes, for there is no such thing as perfect security in the material world  The Great Wall of China was a security measure, as was the Maginot Line in France , as were all the great armies of nations and the numerous weapons of war. Armies and navies are formed and maintained for security from enemies. The further away man is from God the less security he has, for only God offers perfect security, this was well known to the holy ones of ancient Israel, and Orthodox Christians in the East, who often relied only on the Lord or His Mother for security. 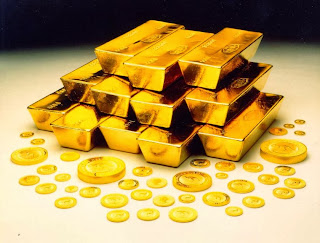 Because many people place their desire for security in wealth, they work and struggle in order to save money for the future, for their wives and children or for their old age. That they may increase the their funds even more, investments are made in stocks and bonds, in banks, in business and trusts, hoping that this money will grow and increase their security. However, their investments may fail, for even large banks have failed, and their security can quickly evaporate. Wars and revolutions occur, currency can lose value, and inflation can eliminate gains. If an enemy force occupies a country, there is little or no hope for security. In peaceful times, thieves break in and steal, robbers accost people and take away their security and often their lives, and fires can destroy valuables. 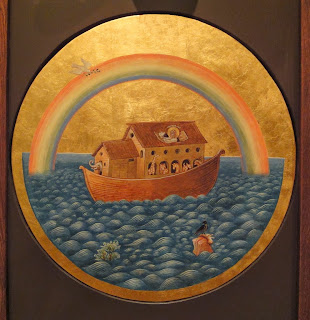 When the Great Flood came upon earth, there was only one place to find security from the flood, and this was in the ark which God instructed Noah to build. The Lord chose Noah because he was righteous and alone stood faithful before Him.  Instructions and plans were provided for him to build what would become the only security in the entire world during the Great Flood! Not one soul outside the ark was saved.   How did people treat Noah, as he worked diligently on the ark, in the 100 year building period of  his divinely mandated security?  They derided him, they laughed and scoffed, spat out words of mockery, and considered him a fool for building an ark far from the water. They remained in their unbelief, sinful indulgences and uncleanness until the waters came wherein they all perished.

NO SECURITY IN THINGS

“The ground of a certain rich man brought forth plentifully; and he thought within himself, saying, What shall I do, because I have no room where I can store my fruits?  And he said: This I will do; I will pull down my barns, and build larger, and there will I store all my fruits and my goods. And I will say to my soul, soul, take your ease, eat, drink, and rejoice.  But God said unto him, Fool, this night they shall require your soul. Then whose shall those things be which you have prepared? So is he who lays up treasures for himself and is not rich toward God (Luke 12:16-21).
The rich man of Scripture placed his security in his abundant crops, for when his fields flourished, they gave him an unusually large harvest.  He decided the best thing to do with such his crop was to use it to acquire the security for which he craved. Satisfied with his investment gain, he decides that he will have goods and food for a long time.  All his attention was on his belly and self satisfaction, not being fearful of the Lord’s judgment,  not caring for the poor and those in need, he cared only for himself. Then he hears the terrifying words: “Fool, tonight they will require your soul.” Accumulating riches only to have pleasure enjoying them, makes a man an enemy of God, who pours out his riches on everyone.

Collectively, in towns and cities, we contribute and enjoy our mutual security. Policemen, firemen, ambulance attendants, all are needed to increase our security, from criminals, fire, illnesses and accidents.  But there is other things that threaten our security, such as tornadoes, earthquakes, hurricanes, flood, fire, which stand as a great threat to our security.

When some find genuine security and seek to tell others, they are often ridiculed and mocked just as others did to Noah when he built the ark. For unbelievers and disbelievers will always mock true believers, just as they mocked Christ, putting Him to death.  When preachers or teachers demonstrate that Jesus Christ is the only security, that He is true God and true man, that in Him we should place all our faith and hope, and that in Him alone is our security, many will scoff and mock. Today things are unchanged, for they block their ears, when told that the only security is taught to us by Jesus Christ, saying:  “Do not lay up treasures on earth, where moth and rust does corrupt, and thieves break in and steal,  but lay up treasures in heaven, where neither moth nor rust does corrupt, and thieves do not break through and steal; for where your treasure is there will your heart be also” (Mat. 6:19-20).

It is not the wealth that is at fault, for many good things have and will be done with wealth. It is the selfishness and self-centeredness of those who seek only for themselves and no one else. If we seek monetary or material wealth for its own sake, our Lord says that is where our hearts will be also.  It is about the pursuit of money making it the important thing in our lives, in place of the great treasure that came down from heaven, for God himself  became a man  and was crucified for us. If we would seek Christ as our treasure first, we would learn how to deal with any worldly treasure. 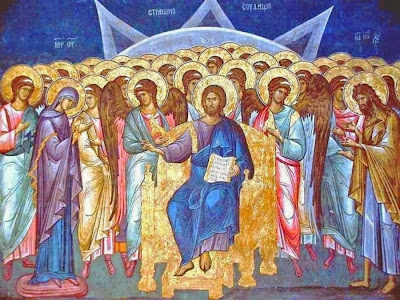 It is certain that we must leave this world, for we cannot stay here forever. We all have to go on our final journey where we will appear before the fearsome judgement seat of Christ, and be judged according to what we have done. As with any journey, for our eternal security, we need to take important things with us,  the journey through death to our judgment is no different. On this final trip, only the true Orthodox Faith, with fear of God, faith, hope and love, with humility, meekness and holiness, and  other virtues will be of help to us. If we did not spend this life being sanctified, where else can we hope to obtain sanctification?  Christ commands that we be holy as He is holy, for nothing unclean can enter the kingdom.  All our faith must be in Jesus Christ the Godman in two natures, and all our hope is in our faith and love for Him. And as we hear in the Baptism epistle: “We were buried with Him in baptism into death, so that as Christ was raised from the dead by the glory of the Father, we too might walk in the newness of life. For if we have been planted with Him in a death like His, we shall certainly be united with Him in a resurrection like His” (Rom. 6: 4-5).

For this reason, many who  belong the true Orthodox faith feel insecure even with great wealth, for they are not rich toward God, and they are not “walking in the newness of life.”  It is good if they hear these words of the divine security that never fails and never ends, and the method is found in every Divine Liturgy:   “Let us commend ourselves and one another and our whole lives to Christ our God. For to You belongs all glory, honor and worship, to the Father and to the Son and to the Holy Spirit, now and forever and unto the ages of ages. Amen.”