Man’s life cannot be filled with absolute happiness, unless he first solves the problem of death, which threatens everyone of us, hanging over our heads like a giant sword.  We can acquire  a  wonderful job; we can start a profitable business, or begin a good career; we can marry a desirable mate and have healthy children. We can be enabled to purchase means of transportation and a house in which to live, and start a family,  and finally hope to be happy.  But death, directly or indirectly awaits and threatens our happiness. Death does not discriminate between rich or poor or single or married, young or old, for it threatens all and remains unpredictable.  If we could solve the problem of death, and rid ourselves even of the thought, then true happiness would overflow our soul, and the sword will vanish as a threat.`

The great Moses freed the Jews from the tyrannical grip of Pharaoh, led them through the wilderness, established for them a covenant with God at Mt. Sinai, where the law was given, including the ten commandments. Moses was described as the meekest among men, and he loved and served God, and with constant love for  his people, when they proved to be ingrates,  he interceded with God  to spare them. Moses also firmly told the Jews that the Lord God would send them  the Messiah /Christ, and sternly warned that anyone who rejected him, would be cast out from among the people. 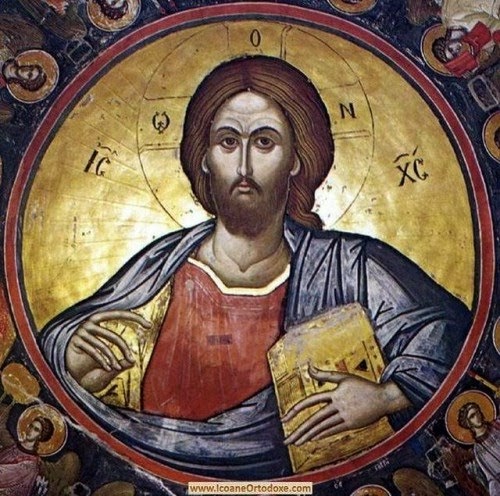 Christ came, just as Moses had prophesied, born of the Virgin just as Isaiah had prophesied,  and although being God, He accepted to humble himself and  became man.  He entered the world of men, whom He created,  and preached the good news that He is the Redeemer and Savior of the world. Whoever believes and accepts Him as Christ the Son of God, will gain eternal life. Those who will not receive Him and die in their sins will be separated from God forever, and be “cast into the outer darkness, where there is weeping and gnashing of teeth.” His main objective was to set himself as an example for all men, showing them how to live their lives in peace and love -- how to become the image and likeness of God. What He is what we must become, holy and perfect. “Learn from me for I am meek and humble in my heart.”  He told His disciples many times that He would be put to death, assuring them that He would then rise from the dead on the third day. And it is in this wonderful work of Christ that we are assured of permanent happiness for ever!


Why did Christ have to die on the Cross? Because He was setting  a legal trap, in order to destroy the Devil’s authority over man and death, for he illicitly acquired that authority by deception. Christ’s crucifixion would release mankind from the captivity of the Evil One. When Christ went through His awesome Passion, and excruciating  crucifixion, he voluntarily accepted death and gave up His spirit.  But His death was unlike any other death, for He died undeservedly being sinless and undeserving of death, but it is His death that put death to death.   The Devil broke the law of God, by crucifying the  innocent Jesus Christ unjustly. The law requires that he pay back fourfold what he took unjustly, which is impossible, leaving him ashamed and defeated. Thus Christ is the Victor and Conqueror, and He comes down bearing gifts of joy and life, for the Father gave Him “all authority in heaven and upon earth.”

By His death, Christ has put death to death, causing death to lose its authority and is no longer a threat, for the Life of all men, through the Cross,  has brought eternal life and joy into the world. “ Christ is risen from the dead, trampling down death by death, and upon those in the tombs bestowing life!”  This is our song of victory, for Christ, “having risen from the dead will never die again; so we too should walk in this newness of life!”

Being baptized into Christ we have put on Christ, and having been buried into a death like His, we shall also rise in a resurrection like His. But we must place our total faith and confidence in Jesus Christ, the Son of God and our Savior. If we neglect this we will remain under the threat of something worse than death – the second eternal death.

This is the only true and permanent happiness that exists, in Jesus Christ. And concerning His Cross on which He suffered, we rejoice singing: Having beheld the Resurrection of Christ, let us adore the holy Lord Jesus, the only sinless one