WHAT IS AN IDEA? Witnessing our Holy Orthodox Truths

WHAT IS AN IDEA?
Witnessing our Holy Orthodox Truths

“An idea is any conception that exists in the mind as a result of mental understanding, awareness, or activity.” * Phrases commonly in use: “Give me a general idea of what happened.”  “What was the idea of that?”   “I have no idea.”
* Random House Webster’s Collegiate Dictionary 1997)

Christ is the Perfect Logos and Idea of the Father
An idea of a being (anybody or anything that exists) necessarily presupposes the existence of the being in question; accordingly it may be said that if there were no other beings neither would there be any ideas in our spirits. Hence it is logically evident that every idea depends upon the actual existence of a being of which it is an idea. Having the idea of a being makes it possible to describe its nature, and we perform this process in our minds every day.

The declaration saying, “I have no idea of who he is,” demonstrates ignorance or non-existence of somebody or something. Having an idea of something demonstrates the reality which our idea represents. It is not possible for anyone to have an idea of some thing, some place or some activity that has no being or existence. To have an idea of anything  proves that it exists. In the books of the Acts of the Apostles, Paul met some disciples and asked: “Have you received Holy Spirit since you believed?  And they said to him, We have not so much as heard whether there be a Holy Spirit” Acts:19:2) The answer shows that, because of ignorance, they had no idea whether or not there was a Holy Spirit, but after they were baptized they did  receive Holy Spirit, however the idea of the Holy Spirit entered their minds and spirits with the question raised by St. Paul.

JESUS CHRIST
THE
LOGOS AND
PERFECT IDEA
OF
THE FATHER

There is an ongoing war, inspired by the Devil. to kill God, for the Evil one does  not doubt that God exists, for he is terrified of Him, knowing that God is the  invincible Creator of all, and that his own torment is certain to come. So it is not God that he seeks to kill, but the idea of God in the minds of all mankind, especially in the minds of children, whom the Evil One seeks to corrupt and suffer with him in torment.


For it is the idea of God and His creation that proves His existence to reasonable men. The Devil’s ideas are demonstrated in a movie called The Golden Compass, wherein they speak of children killing God so that they will be free to do whatever they desire.  It is not God that the author seeks to have killed, but, again, to erase the idea of God from their minds. The atheists behind the original book and movie, not believing that God exists could not  think of killing Him, having assured themselves that there is no God.  Their fundamental purpose is to brainwash people by killing within them the IDEA of God, thus confounding the minds of the gullible.  But if there is no God, the idea of killing Him or His idea could not possibly occur, nor could the  billions of human beings, over the ages, have an idea of Him. God indeed does exist and is the Cause of all that exists, so the aim of His enemies are to kill the idea of Him in the minds of people. 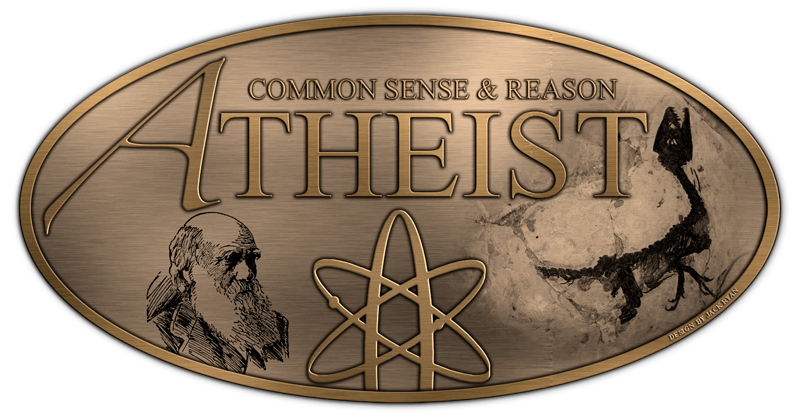 Sadly those who deny the existence of the good and man-loving God, also shut out of their minds the extreme danger of future judgment, and the wrath of God which will descend upon the children of disobedience;  and they abandon all  hope for the bright and  beautiful eternal life. Their philosophy is the same as the ancient epicureans, “eat, drink, and be merry, for tomorrow we die!: When successful in killing the idea of God, the next step is to get rid of the idea of sin and iniquities, and of a divine law and its consequences if kept or violate followed by a day of judgment. This opens the floodgates of every evil, which is very visible in our times. Laws assuring our rights to commit fornication, adultery ,bestiality, over indulgence, lying, stealing, cursing, homosexuality, blasphemy,  drunkenness, and every form of wickedness and pleasure they desire, becomes their way of life. Their lives are void of peace and love and their end is separation from the goodness of God in the second death.  Sadly they are the poorest among us, for they seek the fool’s gold of this present life, and not the rich and genuine gold of eternal life. Equally sad is that they choose dismal darkness and gloomy night, having lost the ability to see the brilliant, living  and most glorious light who comes down from heaven, and declares to all: “I am the light of the world; whoever follows me shall not walk in darkness but shall have the light of life.”

This world with all its magnificence, visible and invisible, demonstrates the goodness and glory of God. The bright, warm sun which rules the day, the moon and stars which rule the night all proclaim His kindness and goodness and glory. Everything He made He made for the sake of man who He created in His image  He continuously demonstrates His great love for man.  He provides the food and water, remedies and medicines, the air we breath, and all the necessities of mankind.

No man can build anything without taking thought and developing an idea of his intentions. Even his intentions are not usually his own, but ideas that he has learned from others, in practice, in schools and universities.  acquiring his ideas from this world. Concerning ideas,  the ancient Greeks had the idea that they could fly, deriving this idea by observation of the birds and their flight abilities. Then  much later, others took this idea and man did learn to fly imitating the flight the birds. But the bird flying was the source of their idea.

The idea of perpetual youthful life without death, by means of a fountain of youth, according to some historical sources, was an idea in the mind of Juan Ponce De Leon, searching for the  “Fountain of Youth”, and in 1513 he discovered the land which he named Florida.  Little do men know that there is a real fountain of youth,  who grants eternal life to those who love Him – Jesus Christ! He was baptized in the Jordan River at about the age of 30, concerning which saints call it the perfect age. It is also the age a man ought to be before being ordained to the Priesthood. Some say it is the “age” we will be throughout eternity.

Man has the idea of his existence which is demonstrated by the simple fact that he has consciousness and awareness, enriched by many acquired ideas.  If a man did not exist he could not possibly testify to his existence and this would  be totally mindless, for only a living mind can have an idea, and ideas are excluded from whatever lacks a mind. Man is always conscious that he exists as does the world around him, and he forms many ideas from all that he perceives.  By right reason, he comes to realize that God most certainly exists, for man knows that every effect has a related cause, and God necessarily is the Absolute Cause. The idea that matter came into existence on its own and that the world created itself, is the product of the mind of a fool. “The fool says in his heart, There is no God.”

There is no doubt that we can have an idea of God, for God communicated with  with many men?  The great Moses went up to holy Mount Sinai, speaking extensively with God, heeding carefully every word,  and there he received the ten command-ments from the Lord. Moses also received from the entire story of creation and wrote it in the Bible for posterity. The historical conversation between Moses and God is a fact that took place in time. Therefore this conversation is undeniable because it rings with truth.  Moses, being a just man, spoke directly with God, and the whole nation was aware of this. Moses could not thought up all the truths of which he heard from God and wrote, in the first five books of the Scripture.

“And Moses said to the Lord, Behold, you say to me, lead these people, but you have not shown me whom you will send with me, but you have said to me, I know you above all and you have found grace with me. If then I have found grace in your sight, show forth yourself to me that I might clearly see you, that I might find grace in your sight, and that I may know that this great nation is your people. And He said, I myself will go before you and give you rest. And he said to Him, If you do not go up with us yourself, do not bring me up here. And how shall it be surely known, that I and my people have surely found grace with you, except only if you go with us?  So both I and your people shall be glorified beyond all nations, as many as are upon the earth. And the Lord said to Moses, I will also do this thing for you which you have spoken of; for you have found grace with me, and I know you above all. And Moses said, Manifest yourself to me. And God said, I will pass by before you with my glory, and will have mercy upon whom I will have mercy, and will have pity on whom I will have pity. And God said,  You shall not be able to see my face and live. And the Lord said, Behold there is a place for me;  you shall stand upon the rock; and I will cover you with my hand, until I have passed by. And I will remove my hand and you shall see my back parts; but my face shall not appear to you” (Exodus 33:23). 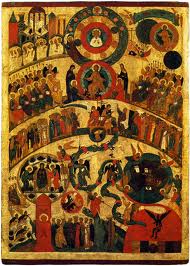 Jesus Christ, the Logos of the Father, spoke to us  answering the question above all questions, the question of great importance. Why are we here on earth for a certain number of years and what is our future. Is there a life after death? Is there a day of judgment?  Will there really be rewards and punishments according to man’s life on earth?  No question is of greater importance.  The Lord Jesus Christ gave us the ideas of things to come,  the idea of the great judgment of the human race, of the goats that will be cast out and the sheep who will abide with Him forever. Jesus gave us the idea of the weeping and gnashing of teeth, the wrath of God, and the outer darkness. He also showed us the way, which He declaring: “I am the Way and the Truth and the Life. Those who hate Jesus and scorn His holy Passion will never see the glory and majesty of the Kingdom of heaven, instead they will wish that they were never came from their mothers’ womb.