SOME FACTS ABOUT GOD AND MAN AND THE GREAT FORTY DAYS

SOME  FACTS ABOUT  GOD  AND  MAN
AND
THE GREAT FORTY DAYS

The great season of the Fast is rapidly approaching,  and it is a good time to take stock of who we are, where we are, where we are going,  and what our task ought to be during a special period like this. We need to act, for the Great Fast goes by quickly and Pascha awaits us at the end. The Resurrection of Christ, in which we all rejoice and celebrate we need to make our own. Christ showed by His example, that the way of the Cross leads to the resurrection.

Man was created in the image of God, with the potential of acquiring  the likeness of God as well. This in fact,  is the true destiny of man, to become like Christ, the image and likeness of God. For this reason Christ came into the world, not just to save man but to restore the fallen image who had rebelled, wash him to make him whiter than snow, and raise him up to heaven forever.  Christ commands: “Be holy for I am holy.” And, “Be perfect as your father in heaven is perfect.” This is the reason why we are given a certain number of years on earth, to enter the struggle and cooperate with God and each other to become what we are meant to be. There is nothing more wonderful, more glorious, or delightful in this world,  than to enter the mildly ascetic type of life that is called Orthodox Christian. It is accessible to all but needs to be preached in the churches over and over.


Repentance, prayer, fasting and charity, are necessary tools for our task. What we acquire  in requital are precious gifts from above that will  destroy the threat of death, and render us immortal. We will receive in return increased grace from God,  faith, hope and love, humility, meekness and holiness!  These gifts will fill our souls with calmness, peace, tranquility, and exultation.  Christ tells us that we ought to wash the inside of the cup,  meaning that our inner man must change and then our outer man, our example,  will declare the change before everyone. Filled with God’s precious love, our hearts will always be happy even in times of great distress.

Man is a single person or hypostasis, carnal and spiritual, thus is dual in nature,  triune in composition, being body, soul, and spirit. He also has three faculties, cognitive, affective and volitive.  Man has a mind but no one can see his mind; the mind declares itself through the logos of the man, his speech, eyes and body movements, writings, signs, etc. But only another man with the same spirit of understanding can communicate with the first man mentioned. Man is metaphysically one, always being the same person, knowing himself, not through himself but through others, for man’s self knowledge is limited.

Man is an imperfect in the beginning, with a maximum of ignorance and a minimum of knowledge. God  knows everything and is ignorant about nothing. God  bestows knowledge upon man to decrease his ignorance and increase his knowledge. Man’s knowledge does not only come from the senses but also from the spirit, as Locke says. Man needs to become more and more like God. 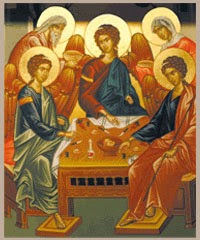 God is both a Trinity and a Monarchy. God is Father, Son and Holy Spirit, three hypostases but not three gods.  The Father is perfect Mind, which eternally is begetting His perfect Logos, and emitting His All-Holy Spirit. But they are undivided being one nature and one essence. The three are one and the one is three.

God knows himself through himself and not through another, if his self knowledge came from another, He would not be God. Therefore God has a perfect Idea of Himself, who is equal to himself,  His Son and Logos, and knows himself perfectly.

The Father Mind is the source and uncaused cause of the coeternal Son and Logos and Holy Spirit. God being eternal is ever the same, therefore there are no changes taking place in Him.  We glorify the unity in the Trinity and the Trinity in the unity.

The  Holy Trinity is the only God, the Father Mind  is perpetually giving birth to His Son, the Logos and perfect Idea of God; , fore Go is never without His Logos and Spirit. In His Logos is everything that is in the Father Mind, including contingent ideas for creation’s beginning, purpose and ultimate end.  In the Logos are all that is contingent, the heavens and its inhabitants,  the quantity and type of every creature that exists and ever will exist and their purpose in God’s plan.

The Greek words “Logos” of God is preferred to the very restrictive “word” of God.  It takes many words in English to attempt to describe the Logos and  Wisdom, Word, Idea, Thought, Reason, area few.

It is completely reasonable to compare God’s omnipotence with man’s, for in all parts of life we see that man’s will has a very limited power, but that power can be multiplied by combining it with other men. One leader of a country, with the combined power of a huge army and navy,  can destroy another country or lead them into captivity, as history bears witnesses.  For the will of one man can be combine with millions of other wills for the same purpose, greatly increasing the power of the leader. 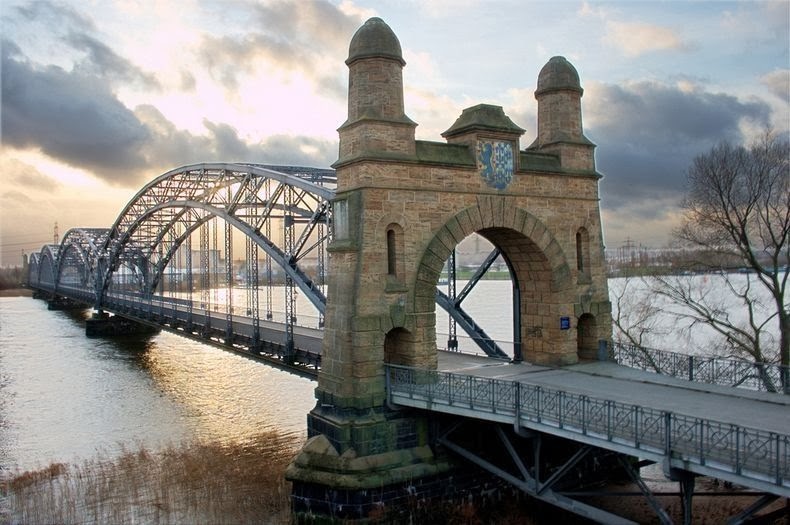 We can understand that God is all powerful by observing the relatively weak power in ourselves who are His image. A planner wants to build a bridge, but cannot because he lacks the power. He contacts an engineer, who  designs a bridge, using much assistance, for he also lacks the power to build it himself, but can contribute his share of power by engineering the project. Then other skilled men are brought in, plans are formed then put into action, construction equipment rolls to the scene, and after a period of time, the bridge is completed. The original planner of the bridge, increased his feeble power to accomplish the task.  Alone, he could accomplish nothing, but with the combined the power of many the task was successfully completed.  How would God build the same bridge? Because God’s power is equal to His will,  He would only will it and the bridge would appear! We get a glimpse of that power in Genesis: “God said, Let there be light, and there was light!” “Let the water that is under the heavens be collected into one place, and let the dry land appear, and it was so.”

If we look around we can see the countless works of man, testifying to his combined power. Airplanes are flying above, cars and trains are moving below, by means of  bridges and tunnels cars and trains move rapidly.  Food is delivered to outlets, while schools are educating another generation. No sane man can deny the existence of man upon seeing all his works. Much less can one observe all creation that God made and deny that God made them, and be considered sane. For this reason Scripture declares: “The fool says in his heart, there is no God.”

The Great Forty Days, are the perfect time to join the ascetic practice of the Church, reading, praying, attending services, restricting our unnecessary activities, acquiring sobriety, curbing bodily desires and carnal life, which in turn,  will awaken our sleeping and starved spiritual nature, feeding it with good things from above. Let us learn to be helpful toward all, with a generous and loving disposition.  We should rid ourselves of all enmities, and bitterness, and become peaceful forgiving everyone, that the Lord may forgive us. Inner change is the spirit of the Great Forty Days.