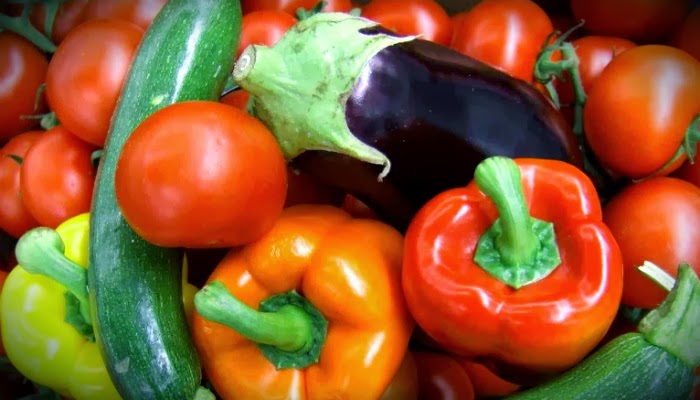 The Great Forty Days is the original name of the period called Great Lent. It is a very  important period of our lives, having an  amazing effect on serious and sober-minded people. Although it regulates what and how much we eat, it’s really not about food as much as the acquisition of Paradise lost, for we are  seeking not quickly passing carnal pleasures, but the superior and lasting joy of the spirit.  But what is Paradise that makes it so compelling that we should desire to  return to it?

Paradise is considered by most people to be a only a physical place. It is invariably described as a sweet and lovely garden, having no storms or rain, no wild animals or dangers, an no sickness or death. Beautiful and sweet smelling flowers abounded,  plants and  bushes yielding berries and trees yielding delicious fruits. These were indescribably sweet and enjoyable, and delightfully satisfying to Adam and Eve, the first formed man and woman. Animals were  tame and harmless,  nor were there storms even a rainy day.  Water was supplied by fountains of water, gushing up into the sunny and clear air for drinking and irrigation. Yet none of these things made it Paradise, for Paradise is far more beautiful than all of these plants and trees. In the divine Paradise there is no need of sun, because God is infinitely  brighter than the sun.  There is no food for Christ is our divine food  satisfying our hunger and drink.
Paradise’s divine and wonderful beauty was experienced each day as God came and spoke with the Adam an Eve. The light of His countenance was seen and experienced in their intellects and hearts, which were more understanding than their senses. God’s fatherly gentleness and kindness, as He embraced them drawing them to himself, filling them with warmth and delight; the scent of His  holiness intoxicated their souls, sending them into an ecstasy of delight. There was no pain, no sorrow, no death, nothing but the sweetness of life and the joy of Paradise,  for the Creator of the universe and of their existence was with them. O beautiful Paradise, O wondrous creation.
Everything was delightful, and  they were overjoyed as they observed the world that God had formed. The basked in the cozy warmth and brilliant light  of the sun, and at night they marveled at the brilliant moon with its soft light, and the numberless multitude of stars, filled them with a peaceful and wondrous spirit of exultation. They were so happy! They knew no sadness or disappointments!  But their greatest anticipation and delight each day was the appearance of the Lord of Paradise who frequently conversed with them. His appearance and the light of His countenance which shined on them, caused their hearts to jump  with joy as He, whom they learned to love spoke with them. The Lord became the strong desire of  their hearts, arousing joy beyond explanation to enter their souls! He radiated love and kindly fathered them, teaching them many valuable things, for it is with perfect love did God love His creatures. 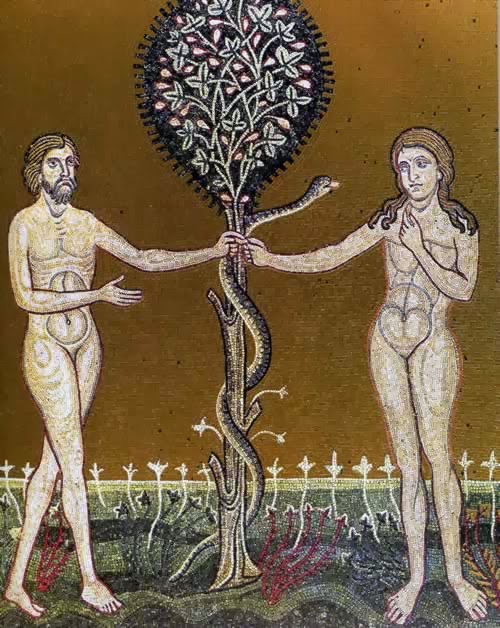 However, the woman, on a certain day, was contemplating the fruit hanging on the tree of which God told them, not to eat and to keep away from, with a firm warning: “on the day you eat of it you shall surely die the death.” As she was gazing  at the fruit of the tree, and its delicious appearance,  the Evil One, appeared in the form of a serpent, sending out his poisonous deception. He told her that if she did eat of  the forbidden fruit, she would become a  god, enabled to distinguish good and evil, like God.  She became confounded and did not resist the fruit which she contemplated. and being led by her own desire and the serpent’s advice, she ate gave to her husband who also ate.  Everything changed!  O the tragedy, for now they became filled with fear, ashamed even of their naked bodies, and like an arrow the guilt pierced their souls, filling them with confusion, sadness and guilt.  Covering themselves with fig leaves  sewn together, they attempted the impossible,  hide themselves from the Lord who sees all.

When God called Adam and saw the two of them, He asked why they were hiding. Their response was that they were naked. “Who told you that you were naked unless you have eaten of the tree which I charged you, that of it alone you should not eat?” After hearing the Lord’s words against their actions, they never felt sorrowful.  Instead, the man blamed the women and even God who gave him the woman, when he said:  “The woman whom you gave me, she gave me of the tree and I did eat.” The woman then placed the blame on the serpent who deceived her. God pronounced the resultant penalties for their disobedience. They were banished from Paradise, not just the physical garden of delight, but they lost the  divine Paradise, which was their communion with Him, who always had caused  their spirits to rejoice in  the exaltation and happiness in their souls. Everything changed!  The tilled earth brought forth thorns, thistles, weeds and Adam, by the sweat of his brow,  tilled  and continually cleansed the earth of these contaminants. Some  animals became wild and dangerously furious, and the rain often came in the form of torrents, with fierce storms. Then Adam knew his wife, and in pregnancy and birth she suffered much discomfort and severe pain as she brought forth children.  Adam and Eve taught their first two children Cain and Abel to offer sacrifice to God, according to God’s instructions, who in turn would demonstrate His approval by sending down fire which consumed the offering.

There are  important events of  the human race, important to us, as recorded by Moses in the Book of Genesis in the Septuagint (Old Testament). So we will turn the calendar ahead to later  days.  The God, according to His promise sent Jesus Christ, born of the Virgin,  into the world. Moses warned the Jews that He would appear  and if any soul rejected Him, he would be cut off from the people of God. The Messiah or Christ did indeed come and fulfill all that was prophesied, and He established a new covenant with men. This agreement called for the faithful to recognize Jesus Christ, with this fundamental understanding: “You are the Christ the Son of the Living God.”

Jesus founded His Church, which today is represented only as the Orthodox Catholic Church, the firm bulwark of truth in the world.  During its 2,000 year history, many faithful passed on the truths  of our Faith to others, as preserved in the Church, and many heretics and schismatics tried to destroy the Church.  All churches outside the Church, as St. John the Divine says, “they are not of us for they went out from us, therefore they are not of us, for if they were of us, they would have remained with us.” They all preach and teach falsehood mixed with  truth causing spiritual indigestion to those who remain outside the Church, remaining in their sins shut out from Paradise.  But the Orthodox Church knows only Jesus Christ and His Body the Church, and confess Him saying: “You are the Christ, Son of the Living God.”

The Church always celebrates and keeps feast days and fast days, as mentioned in the Acts of the Apostles. The Apostles established the good order of the Church with 85 Apostolic Canons, which cause the Church to remain stable in its work among men. Among these Canons, some  rule on the keeping of fasts, including the Fast which we have now entered.

As we enter the Great Forty Days, it is good to comprehend the real purpose of the Fast and the glorious Pascha which follows.  Once we understand the meaning, and wholeheartedly accept the fast with joy, we will be zealous to keep the fast and seek its many  jewels which are the virtues that cause us to become more like God.  Upon being filled with His divine beauty we will shine before God and man, instead of being ugly and hideous by succumbing  to the Devils temptations and traps. 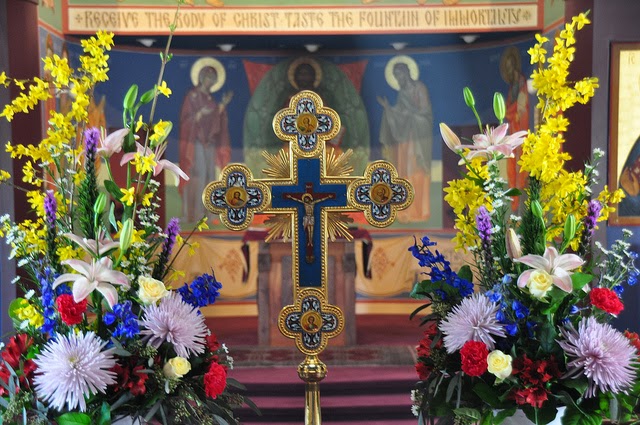 The Great Forty Days is the only road that leads us back to Paradise, not the physical, but the divine Paradise which the first pair lost, experiencing suffering and the death which God warned them about.  Pascha However, fills our hearts with joy, because Christ our Paradise is risen from the dead granting us eternal life. If we have struggled to keep the fast and cleansed ourselves from our sins, we shall enter the joy of Paradise. If not we shall have shunned the most important opportunity of our lives. For there are only two ways, as Moses teaches. “There is the way of life and the way of death. Let us choose life” that we may live forever! Christ is our life, our hope, our Resurrection and our Paradise.
Posted by Unknown at 6:52 PM