CONSCIENCE IN MAN THE VERY SMALL VOICE WITHIN ALL MEN

CONSCIENCE IN MAN
THE VERY SMALL VOICE
WITHIN ALL MEN 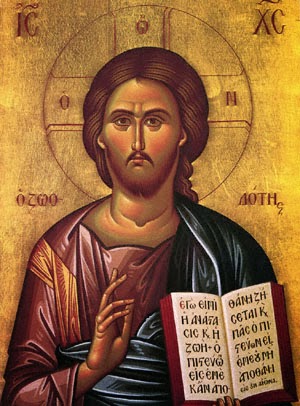 There are many people who  deny the  conscience which is in every man, perhaps the main reason is that it would witness that there is a God, and that He is  close to each of us. Nor do they choose or accept the fact that the conscience has a profound effect on a person’s character, and there are many amazing  responses to the small voice within man. This small voice is the voice of Almighty God, who persuades men to avoid evil and seek what is good.  He is the only Lover of man, who  desires that all men be saved and come to knowledge of truth. He does not will that a single soul should perish in their sins. If we fail to listen to Him through our own conscience, He will not be able to lead us to salvation by His Son, Jesus Christ. Nor will He compel us for he will not do anything to violate the wondrous freedom which He graciously bestowed upon mankind. God does not desire to create slavish robots,  but free man, able to obey or disobey Him, or to love or hate Him, but man in the glory of His image. His  plan is that we all freely struggle to become His perfect likeness. What great honor has been given to all of us by our Creator!

The human brain is a material organ and is not the source of our  conscience, for conscience is not a material but a spiritual entity. We see the evidence of conscience in a man who commits a crime in his youth, and then confesses it when older. Why? A child may lie to its parent then suddenly blurt out the truth.  Why?  A person has a guilty expression on his face when he speaks a lie?  Why ? The only answer possible is that it is that small voice of God in man, which supports or opposes his thoughts and deeds.

There is no doubt  that there is a conscience in all people, many of whom do everything possible to silence its rebuke. Another example is when a man decides to cheat another of money or goods, and not want any opposition he decides to keep his plans secret.  Suddenly a voice within him strongly opposes his plans, rebuking him for his decision. Listening to this voice of his conscience,  he decides against cheating his fellow man. He heeded the small voice within.

CONCERNING MIS-IDENTIFICATION OF THE SUB-CONSCIOUS
Two Voices Within Man

Many teach that there is a sub-conscious mind in man, but how can this possibly be? For what is outside, below or above our consciousness cannot be known. When we are conscious we acknow-ledge our existence and that of the world around us. What they call the subconscious mind is better defined as follows:

2.  If he fails to listen to the voice of his conscience, then the evil voice of the tempter takes over giving malignant advice as he seeks to destroy the man through sin. He tells man not to believe that there is a God, or a conscience in men, or final judgment with a reward and punishment. The voice of the Devil is an alien voice, who injects his poisonous through the fangs of unbelief and pleasure into the souls of human beings, causing billions to die in their sins.  This is the cause of  most human suffering in mankind, such as wars, revolutions, murder, stealing, lying, adultery and every evil.  Crooked rulers tax the working people, and dishonesty is considered by many as a way of life.  The devil instigates men and nations of men to war civil war, revolutionary wars, and foreign wars, killing millions. Crime always harms all people, including rich and poor, and the evil one applauds as men cheat one another, lie to one another and slay  one another, for he is the hater of God and mankind. Men who fail to listen to the small voice of their conscience are ruled over by the Devil.

Furthering these truths is the word  “con-science” which means “knowing with” that is, with the small voice of the Lord who speaks to mankind.  On the other hand, when a person, from his conscience,  does something genuinely good, without his  looking for praise or remuneration, then the conscience does not rebuke but praises such a man, gladdening his soul.

St. Paul affirms the conscience in men, saying: “For when the gentiles which do not have the law, do by nature the requirements of the law, these having not the law, are a law unto themselves, who show the work of the law written in their hearts, their conscience also bearing witness, and their thoughts accusing or excusing them as between one another.”   (Rom. 2:14-15).  St. Paul is not theorizing but speaks the truth about the conscience within us. The conscience testifies against those hear of Christ but to not know Him, or have a heretical or twisted view of him, as well as all those who justify themselves and reject Jesus Christ and His Body the Church.

Everyone one will  be judged by his conscience and be exonerated or condemned by the witness that conscience bears.  The conscience can be considered as a book, which when opened, discloses everything about the person.  The Book of Revelation describes consciences as being books at the judgment: “And I saw a great white throne, and Him that sat upon it, from whose face the earth and the heavens fled away; and no place was found for them. And I saw the dead, small and great, stand before God; and the books were opened, and another book was opened, which is the book of life; and the dead were judged out of those things that were written in the books, according to their works.”  No one can escape or plead ignorance, because every man knows right from wrong, more so if he listens to that small voice of God inside of Him.

Meditation in quietness and silence are not desirable among sinners who do not choose to give attention to the small voice of their consciences, so they attempt to drown it out with loud music, continuous use of cell phones and other devices which keep them connected with the world but disconnected from God. 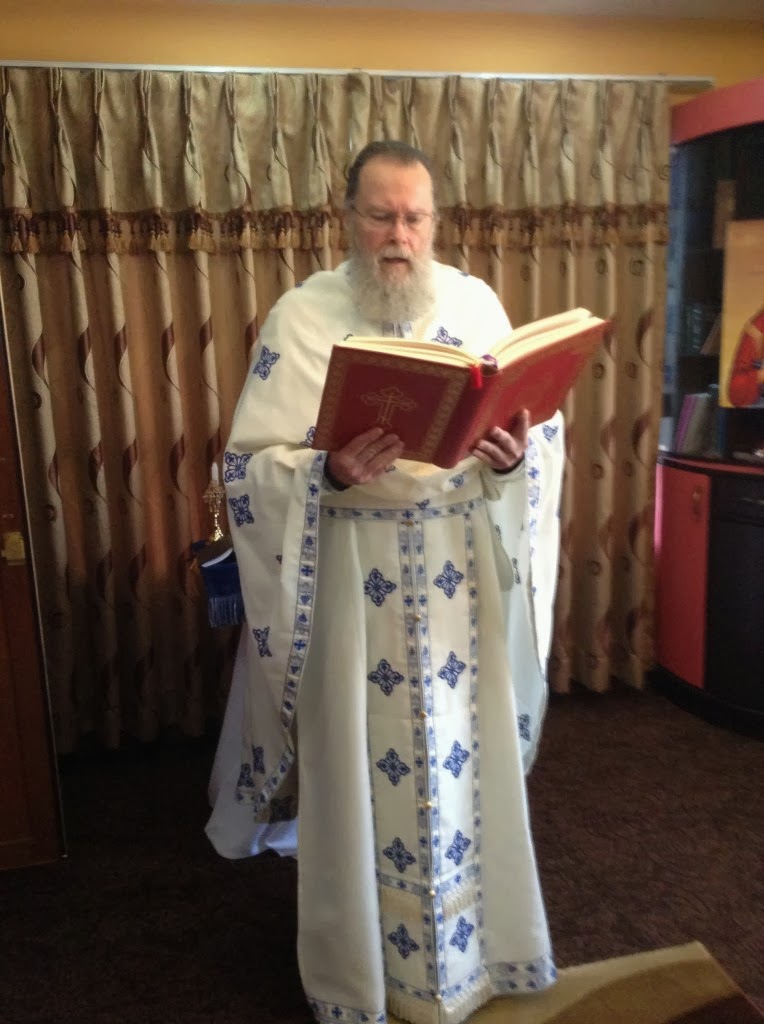 Much stronger and adding to  the small voice of God within us was His Son, Jesus Christ who spoke directly to us, and then through His Apostles,  confirming  by his teaching that he is the same the small voice within us. While our consciences still reaches us with its small voice, the  nestles in our hearts, causing us not to just obey, but to zealously desire to do good.  With the coming of the Gospel into our souls. the small voice becomes more friendly and gracious, unless we sin, for now  it becomes a  persistent voice rebuking any sin. Those who heed the call of their conscience and the call of the Gospel, having it nestled in their hearts, are transformed, becoming the happiest people on the face of the earth. But those who reject it will be miserable and remaining separated from God forever and will be cast into perdition.

Those who choose the blessed way , of conscience and the Gospel, will be ever blessed as they begin and travel the path to Paradise, the path begins with the small voice of God, which will guide them into His Holy Orthodox Church. They will enter the Church through baptism by triune baptism preserved only in the Orthodox Church. As the Jews was marked by circumcision, so the true Christians bear the mark of Christ.  After the many prayers of preparation, and blessings of the water, the Priest baptizes the person by three complete immersions and emmersions. What has been done  is he has been crucified with Christ and arisen in His resurrection. The crucifixion and resurrection by baptism, define and distinguish  Orthodox Christians from every other person.

Baptism is just the beginning, the end being to become holy as Christ is holy, continually striving toward perfection. This present life is not given to us for the satisfaction of carnal desires, but has a much more lofty goal.  We seek goodness and happiness which can never be achieved so long as the threat of death hangs over us like a sword.  The Lord created us, for life, not for death. He is the God of the living not the dead.  Man brought death upon himself as Scripture says: “The day you eat of that tree you will surely die the death.” Indeed, for we all have sinned and none of us can claim to be without sin? 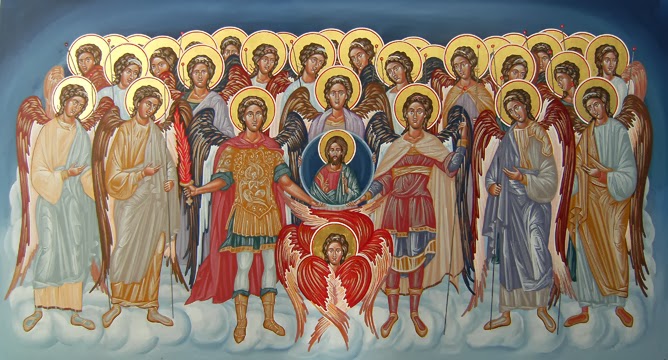 Scripture warns that: “The wages of sin is death.”  We begin by heeding the small voice of our consciences, then we move on toward our goal, through fasting, prayer, and generosity toward others, We then struggle to cleanse our souls of vices as we struggle to acquire all the divine virtues. Progress in these things will begin to render us holy, and worthy of everlasting life.  This will bring great joy to those in heaven, who see our actions and glorify the great love and wisdom of God, who created everything, and crowned His entire creation by forming man in His own image, enabling Him to be His likeness, holy and peaceful, thus making him a god!  This all began by first heeding our conscience, the small voice within us, and then the powerful voice of the Holy Gospel.
Posted by Unknown at 4:45 PM