“It is never worthwhile to lose my temper.
On the face of it, there is nothing in the world
Over which it is worth losing your temper,

For what is more valuable than the soul and its peace?
This peace is destroyed by anger.
When I am angry, I assume the role of slanderer

And I fan the flames into a great blaze
In my imagination of the offence of another.”

“If anyone is thirsty let him come to me and drink.” 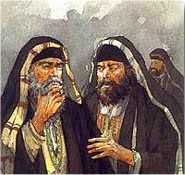 The Pharisees were rebuked by Christ because of their hypocrisy, which caused them to appear to be what they were not and to possess what they lacked. They appeared to be humble but were arrogant. They appeared to be generous but were stingy. They appeared to be fasting but were gluttonous.  They did not know the virtue of sincerity. If anyone is genuinely thirsty let him come without hesitation to Christ, believing he will get what he seeks. Sincerity is the only possible approach to the riches of Christ, for He knows the minds of all men and gives to the humble but takes away from the arrogant.

We very small-minded men whose knowledge is microscopic need to first understand how and why Christ teaches us and with great authority. What drew the fishermen to Him ? How did they know that He is the one sent by God and is God, performing His works.  It was by divine revelation.  “Flesh and blood has not revealed it to you but my  Father who is in heaven.”    Christ, being God is the source of everything being man is the perfection of man to which we must attain. We need look no longer, for in Christ we will find everything we need perfect in every way. “Mary has chosen the better part.”  We cannot approach Christ in a casual manner, but with awesomeness , trembling  and recognition of His majesty! Saint Paul teaches us this when he ecstatically exclaims: 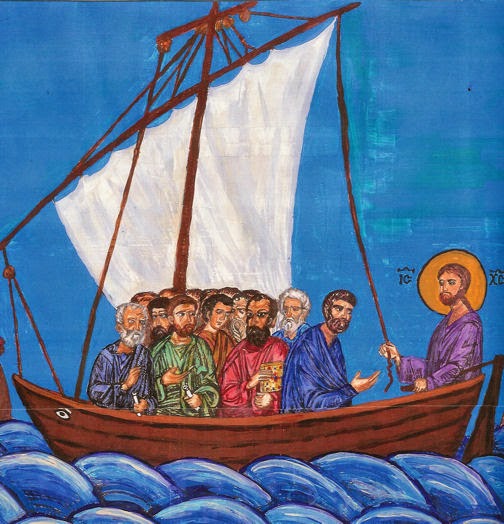 “O the depths of the riches both of the wisdom and knowledge of God!  How unsearchable are His judgments, and His ways past finding out!” For who has known the mind of the Lord, or who has been His counselor? O who has first given to Him, that it shall be requited to him again. For of Him and through Him and to Him are all things; to whom be glory for ever and ever. Amen.”

Christ is the only one worthy of preeminence and adoration . For this reason Christ is called the Alpha and Omega, the first and the last, the beginning and the end. What is the purpose of the all that exists? Christ is the answer, and those who struggle to become His likeness.

Truly we can only begin to find out a few things for the knowledge of God is infinite and He will surely share with us whatever is beneficial to our souls. Man is totally  dependent upon  God. Everything that exists is His for He is the Creator of all; life and death being in His hands and not in the hands of men and nations. The sun, stars and moon, the oceans, waterways, lakes and rivers, the food crops, which God supervises, and man thinks he produces. The air for our lungs and blood, food for strength, clothing and shelter. Everything comes from God!  If we could possess all the wealth in the world, and God held back momentarily a few of His blessings of food, water and air, of sleep, we would only be able to beg and plead, the wealth being totally useless. Appreciating  these countless blessings, like  David the Psalmist in Psalm 138, we cry out:

“You have created me and have laid your hand upon me. Your knowledge has filled me with wonder; it is high, I cannot attain it. Where can I go from your Spirit?  Or where can I flee from your presence?  I ascend into heaven, you are there;  If I descend to Hades,  you are there.

If I take the wings of the morning, and dwell in the uttermost parts of the sea,  Even there your hand shall lead me, and your right hand shall hold me.

For you have formed my inward parts; you have helped me even in my mother’s womb. I give thanks to you, for I am fearfully and wonderfully made; marvelous are your works,  and that my soul knows exceedingly well!” 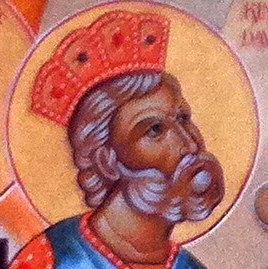 David strikes a note of sheer ecstasy and delight not of this earth.  In Christ is found everything we  could possibly seek, for He is the Godman, the perfect image and likeness of God, willing and alone qualified to be our teacher and advisor and even more our friend!  Why then do people keep their distance from Christ? This is the deceitful work of the Evil One, who seeks the destruction of all men. Instead of having Christ the Godman for our rightful teacher, man blindly chooses the ruler of this world, who teaches us one thing, there is nothing else; this present world is alone of utmost importance, the world above is “pie in the sky.”  So, “eat drink and be merry for tomorrow we die.”
Forgotten is that Christ has conquered death and grants eternal lifer to those who love Him.
All virtues and vices are connected together, for example the virtue of faith in the soul, arouses the virtue of hope, which arouses the virtue of love.  The vice of unbelief arouses the vice of despair, which arouses the vice of envy.  Virtues can be acquired and vices as well. The soul can decide what he freely chooses – virtues or vices, but naturally there are consequences.

While faith, hope and love are virtues in relation to God, the virtues of the inner man or what he is, are humility, meekness and holiness, and of the opposite vices which are pride, anger, and vileness. Christ says: “Learn of me for I am meek and humble in my heart.”In the heart of Jesus Christ is found human perfection, and He is what we must all become. His meekness is absolutely perfect and flawless, for he is never angry without a cause, and He does not requite evil for evil

Unreasonable anger is overcome with the acquisition of meekness. Moses had this virtue and was the meekest among men, not easily aroused to anger, but having self- control.  Anger, the Fathers say, is curable if one could see in a mirror his ugly and angry face, he would despise his anger.  Anger needs to be eliminated from the Christian soul and be replaced with peace and blessed meekness. 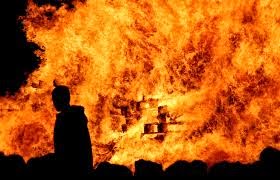 ANGER CAN BE FIERCE!
A ROARING FIRE
The author knew a  man who narrated the following which  helped him to overcome anger.  This man who  during his youth sought to eliminate anger, especially by prayer  seeking divine help.  He did this and received help. He lived for a time without anger and then – one day while driving and a car cut him off. Immediately,  anger was aroused! Crazy drivers! He fumed and practically cursed the other driver. In all other situations the anger appeared to have left him, but not when behind the wheel.  But an important thing happened,  as he became angry, his prayers stopped, for he could not rise a spirit of prayer in himself.  Then he realized that the other driver went on his merry way, and he himself remained the only victim. So he worked harder on this problem and soon with the grace of God overcame this most important source of anger– driving a car! He gave me the quotation which he had used which is beneath the title of this blog.
Posted by Unknown at 7:13 PM