BETTER NOT TO HAVE BEEN BORN


Our intellect  has human limitations and therefore can never ascend to the divine. But there is a spark of the divine in every human being, which is why we say that they are the image of God.  That voice is the small voice within us which challenges or praises us for decisions we freely make. This from the divine Mind, which unlike human intellect, knows everything and is the cause of all existence. From that divine Mind was sent to Orthodox Christians at Baptism, the Comforter and spirit of truth.

Why is it that the most important aspect of Orthodox life is so thoroughly unknown in secular society? The aspect we speak about is that all the seculars follow human leaders and human teachers. In Orthodoxy however, we have no human leader for we follow the divine God man who is our Head and our King.  To make certain that we would not be led astray, He sent us the Comforter and Holy Spirit of Truth as our infallible Guide. These things are in accord with  God’s providence. He formed the Church to be His body, established Himself as Head and sent the Holy Spirit as Guide of the Church. He peoples His Church with rational sheep who having rejected the hireling and the false shepherds and follow only the true and Good Shepherd.

For over twenty centuries the Church has glorified Saints, anointed with holy tears and myrrh the Orthodox faithful.  This is not an occasional event, but a repeated. It is not only original icons, but copies that emit myrrh. In Orthodoxy we have a special word for this constant event, and proof of divine presence. We call them Myrrh-streaming.  Orthodox Christians are not surprised, but are amazed during these frequent events, piously bowing to heaven and give thanks, deepening their repentance and love for Jesus Christ, the Son of God.  The blind receive sight, the deaf made to hear, and wonders occur wherever these icons appear.  What joy it is to live an Orthodox Christian life. It takes us up and away from this world into the heavenly world, with the Cherubim, Seraphim and Thrones and all the Angelic hosts. If in this life we do not become closer to and the servants of Jesus Christ, it would be better not to have been born.

Some of these icons have a long history such as the Iveron icon of Honolulu, Hawaii. Here is one account. 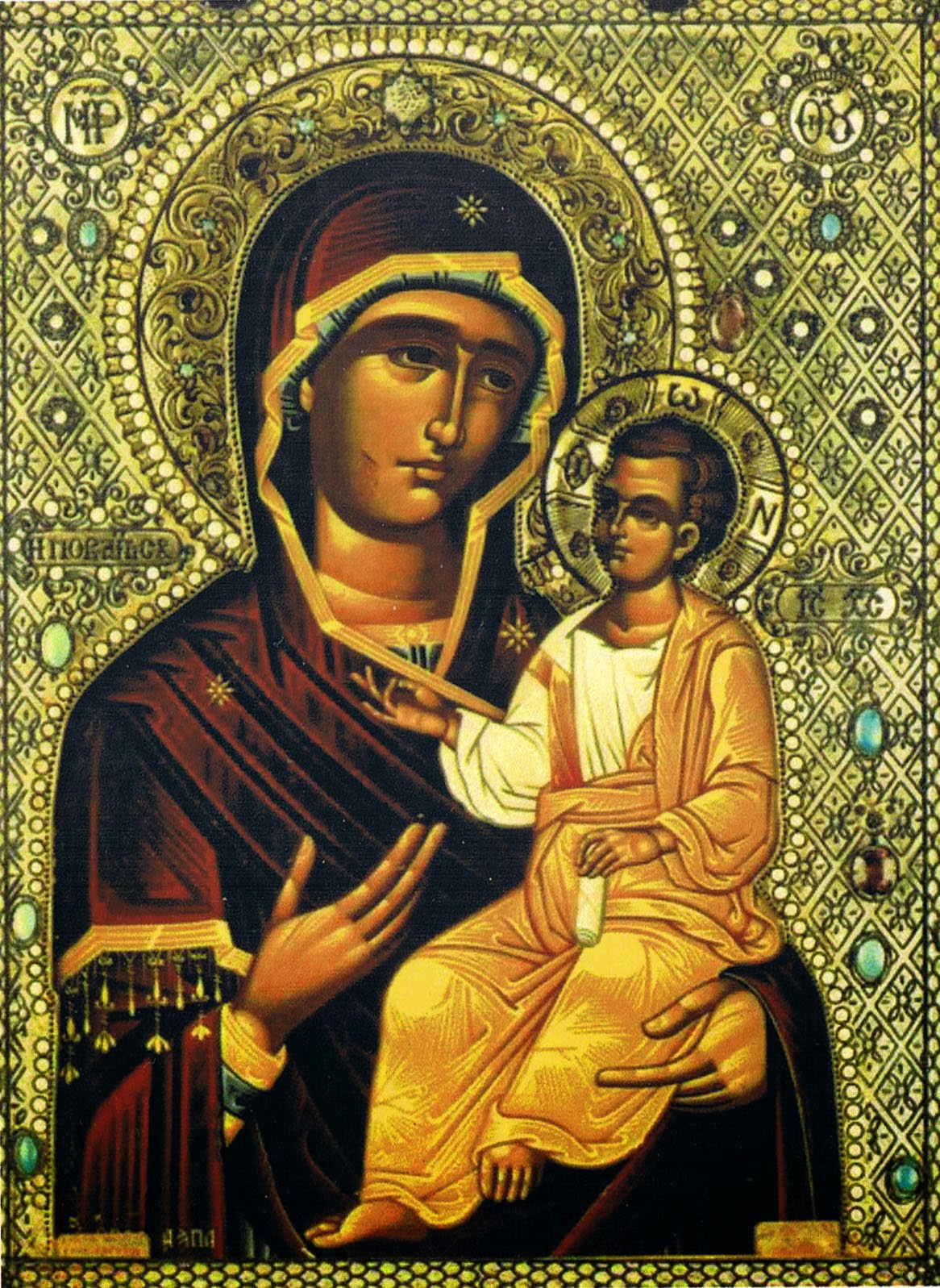 The church's image of the Virgin Mary and Christ child and a wooden cross both are said to produce myrrh, an oily resin that Father Lyovin describes as “drops that are like dew, dew on grass.”

The myrrh is said to smell sweet, like roses, and hold miraculous healing powers. It's credited with healing a young girl who was diagnosed with a brain tumor and for restoring sight to a man who was mostly blind from a football accident.
“Before he had the accident,” Father Lyovin told KITV of the latter miracle, “he was not 20/20. But now he became 20/20.”

The Honolulu image of the Virgin Mary started producing myrrh five years ago. While the icon is taken on tours around the country, its existence is little known outside of the Russian Orthodox church. The image is based on the Panagia Portaitissa, or the Iveron Theotokos, which was supposedly painted by Luke the Evangelist and is now housed on Mount Athos in Greece. The original prototype and many of its copies are also credited with wonderworking. 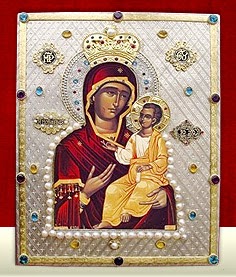 The Honolulu icon is an exact replica of a Montreal version, which streamed myrrh for fifteen years (1982-1997) and was cared for by Brother Jose Muñoz-Cortes. On the fifteenth anniversary of Brother Jose's death, the Honolulu [printed copy of the icon] started producing its myrrh.

Ever since, according to Father Lyovin, "A drop appears here, a drop appears there. And it starts flowing down. So, how can you fake that?"  Father Lyovin doesn't mind skeptics. He quotes the gospel saying that some have eyes but cannot see and have ears but cannot hear.
“I think,”  he told KITV thoughtfully, “even belief, to some extent, is sometimes a blessing.”

Amen! Father is so right, without faith in the True Jesus Christ , it would be better to have never been born, for divine judgment is inescapable, and divine mercy is available only to those who sought it while in this present life.  What will happen to the unrepentant and scoffers?  “There shall be weeping and gnashing of teeth.”  This present life is the time for work, but the future life is the time for crowns or punishment, according to our choice.
Posted by Unknown at 7:02 PM