GOD – FATHER SON AND HOLY SPIRIT THE SOURCE OF ALL GOOD!

GOD – FATHER  SON AND HOLY SPIRIT
THE SOURCE OF ALL GOOD!

“And God said: Let there be light and there was light. And God saw the light that it was good.” 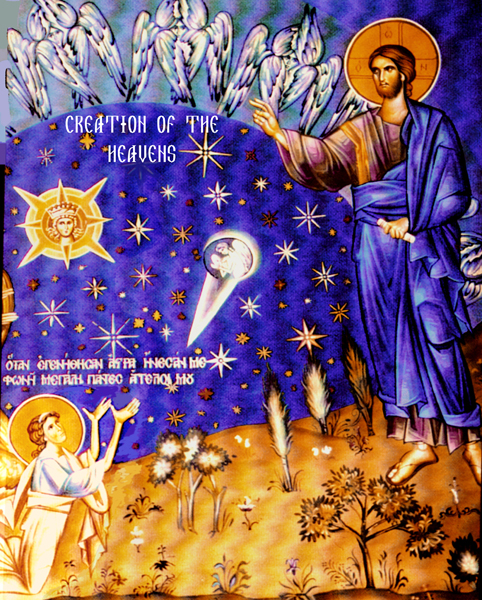 “And God saw that it was good,”   indeed for only  good can come from God. For in all  the works of God there perfection and the complete absence of sin. Everything that God created is pure and remains sinless so long as it freely turns toward Him, not separated or in opposition. As creatures of God every one of us learning of His great goodness, should joyfully  desire to offer Him praises for He is worthy of all glory. Air, and sunshine, water and food, darkness and light, everything God made is good. Trees and flowers, animals and quadrupeds,birds and fish all show us the goodness of God.

“Let everything that breathes praise the Lord. Alleluia!” (Psalm 150). Rejoicing and pious voices all over the world at all times give thanks to and praise the Lord, for His goodness and great mercy, realizing that God has made everything good.

But God made man. Then why is it that man rises against man and nation rises against nation; why are there wars and rumors of wars? The answer is that all the evil in the world comes, not from God, but from sin in opposition to God. Sin causes the abuse of the freedom which God has given to some creatures.

We know that sin transformed the brilliant angels who rebelled  into dark malicious demons. The Devil, by his own decision and action was changed, from an angel of light to a vessel of sin, with a desire to infect all mankind with his acquired poison  –sin.

The Devil and the fallen angels who followed him, called demons, chose to  become evil and malicious and enemies of God and man. They hated the light and sought darkness, and hating the goodness of God, they fought against it with evil machinations. The first woman, Eve  being deceived by the Devil, she in turn deceived her husband and in this manner  sin entered the human race with all its horrors and evils and darkness.

Sin brought a curse upon the human race causing the minds of men became confused and darkened and their wills made bad choices. The deadly poison of sin was first evidenced, by Abel’s thankful offering accepted by God, who rejected Cain’s unworthy sacrifice. Sin enticed Cain to slay his brother, virtuous and innocent Abel..

If we look back at human history, and up to this day, we can clearly see the work of the evil one upon the race of man. All the evils that beset mankind are caused by sin and separation from the Logos of God, our Lord Jesus Christ. Sin is a deadly poison that poisons all creation and the human race.

Let us attribute to the good and kind God, all that He did for us out of His divine goodness, being grateful for only only good comes from God, who is the source of all goodness, and the only Giver of life.


The Logos became incarnate and filled with grace and truth, as a sinless member of the human race, he showed by his existence in the flesh, the perfect man, God’s plan from the ages: “Let us create man in our own image and likeness.”  Among the faithful, God requires total fidelity in His own beloved Son and obedience to His commandments. For he sent our Lord Jesus Christ to be born of the Virgin Mary into the world to save the world. “For God so love the world that He gave His own beloved Son that whoever believed in Him should not perish, but have everlasting life.”