ORTHODOXY THE  CHURCH OF CHRIST

SEEKS NOT  UNION BUT RETURN OF THOSE OUTSIDE

These phrases show how well sober-minded Roman Catholics and Protestants  admire and glorify the Orthodox Church! 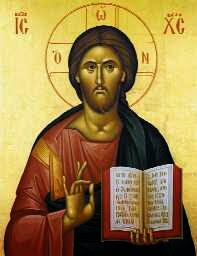 The Church headed by the Godman, like Him, is both divine and human, it is a living Church having an active divine and human life. Each of us  walk into the holy church bearing our  human bodies and divine spirits, indeed to offer worship to God, but the worship is productive, helping us to be sanctified undergo a transition from carnal humanity to divine spirituality. Jesus Christ is the perfect man in the image and likeness of God which each one of us must become, by personal  ascetic struggle.  All these things are taught to us in the  Gospel and Epistle readings and the hymnology.  We cannot say that we are uninformed, the reason is our not caring. The holy mysteries supply the food for energy and power to complete this transition., as we  and we offer ourselves as living sacrifices to God, who , on the last day, will grant us eternal life out of His great and rich mercy.

It is not possible to describe Orthodoxy in all its glory, for much of it is invisible, and seen by few. But here we are presenting the remarks of those outside of Orthodoxy.  Their description is truly amazing and some of us should be ashamed, knowing that they are outside the Church. Also amazing is that only a small minority of the praiseful commentators actually came into the Church.

Quotations below  are from a book published in 1959 called NOSTALGIA FOR ORTHODOXY, by Reverend Archimandrite Elias Mastroyianopoulos.  It is a most unusual book because it quotes Protestants and Roman Catholics highly praising and glorifying Holy Orthodoxy!  We were pleasantly amazed at their descriptions of our holy Church, exalting it more than many of our own clergy and laity, who seek unity rather than return.

When the prominent Protestant Christian leader John Mott (1865-1955) was passing through Athens in the nineteen fifties, his first words were: “Thank God, the world has never stopped looking at Athens.”

Then a Greek reporter asked him: “Have you any messages for the youth of Greece?”

“The Orthodox youth? ,” Mott asked, and then added : “Yes I have: Before such a great opportunity God sends special tribulations. Stand by your doctrines. Protestantism has been torn by divisions. You have your doctrines that keep you united. Do not let them go!”

What the non-Orthodox admire most in Orthodoxy is that she has kept the doctrine, the ethos, the worship and the polity of the early united Church, without adding or taking from it. From the Trinitarian doctrine to the veneration paid to the Saints and the Mother of God, the Eastern Church has remained loyal to everything in the ancient tradition.  For the theologians of the West today (1959), this is a discovery before which they stand in awe with emotion.

European scholars who have started a systematic study of the treasures of Orthodoxy, are not a few. In Germany there are special academic chairs where are given lessons on Orthodoxy. The Protestant Professor, Fritz Lieb, and the Roman Catholic Professors Q. G. Wunderle, have both taught from such special chairs.

Here is how the Roman  Catholic Professor describes the beauty of Holy Orthodoxy: “Whoever visits an Eastern Church feels at once that he is in a place of mystery, that is, in a holy place, detached and separated from the world and flooded by the presence of God.”

In the year 1944 in Belgium, three western clergymen published a book entitled: What is Orthodoxy?  In this book they explain Orthodoxy historically and dogmatically and found her to be flawless. Describing Orthodox worship in the following terms: “Her heavenly atmosphere stirs one both body and soul through the feelings, the imagination, the mind and the will in order to transpose them before a vision of spiritual beauty.”

The theologian Heimsath, analyses in a special book the richness of the Orthodox Liturgy with deep admiration.  He maintains that in the Orthodox Liturgy one may discover the combination of human majesty with the divine mystery of the whole of creation.  He considers it the survival of the living power of the early Church, preserved through sacramental interpretation where one may find childlike simplicity, philosophical depth, pleasure of the senses, refined splendor, all expressed in a magnificent rhythm of typical liturgical expression.  He considers no other religious ceremony more comprehensive of all earthy interests and all heavenly hopes, so worthy of human dignity and divine majesty. 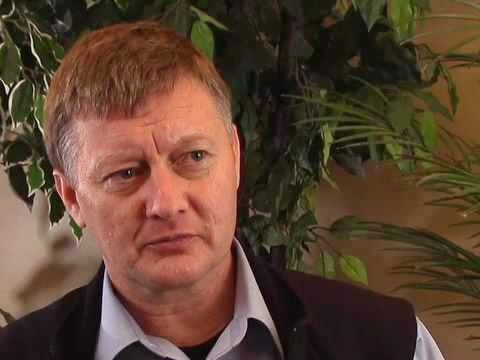 Reverend Peter Hammond, special delegate of the Church of England, says: “Nobody who has lived and worshiped among Greek Christians for any length of time but has sensed in some measure the extraordinary hold which the recurring cycle of   the Church’s   Liturgy has upon the piety of the people.  Nobody who has kept the Great Lenten Fast with the Greek Church, which lies heavily upon the whole nation for 40 days; who has stood for long hours, one of an innumerable multitude who crowd the tiny Byzantine churches and overflow into the streets, while the familiar pattern of God’s saving economy toward man is represented in psalms and prophesies, in readings from Gosnells, and in the matchless poetry of the canons.

Who has known the desolation of Holy and Great Friday when every bell in Greece tolls the lament and the Body of the Savior lies shrouded with flowers in all the village churches throughout the land’ who has bee present at the kindling of the new fire and tasted of the joy of a world released from the bondage of sin and death – none could have lived through all this and not have realized that for the Greek Christian the Gospel is inseparably linked with the liturgy which is unfolded week by week in his parish church.  Not among Greeks only, but throughout Orthodox Christendom the liturgy has remained at the very heart of the Church’s life.”
More to follow.
Posted by Unknown at 6:13 PM