THE LIGHT OF THE WORLD MORAL LIGHT AND MORAL DARKNESS

THE LIGHT OF THE WORLD
MORAL  LIGHT AND MORAL DARKNESS 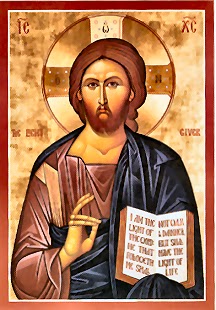 Jesus Christ said of himself: “I am the Light of the world; he that follows me shall not walk in darkness but shall have the light of life.”

There are three types of light that illuminate the souls of men, the first being physical light which lightens our eyes and viewable objects, enabling us to move about without stumbling. The second light is the light which enables us to realize our existence and that of the world around us, which is metaphysical light, differing in effect and purpose than the former. Consciousness is metaphysical light and while asleep or unconsciousness we are in metaphysical darkness, knowing nothing.  When we awaken the light of consciousness returns.  The third type of light is the moral light, the source being Jesus Christ who is the true Light who came into the world.  Moral light coming from the moral Sun, enables us to walk without stumbling in an upright manner, humble and meek, kind and merciful, conducting affairs with justice and honesty and keeping all the commandments of Christ, which radiate like beams of the sun into our souls. Unlike the other two lights, moral light when shining in our souls fills them with divine awe and love of God and the greatest of joys, for  “This is the true light that lightens every man who comes into the world.”


Man forms copies of the physical light but not of the moral light.  Electric lights are such copies and are helpful to men. However, moral light can not be copied for it is a divine light. The opposite of moral light is moral darkness, and  the perpetrator of this darkness is Satan, inimically disposed toward God and man, always endeavoring to rule over the human race. Moral light, reflected from the moral Sun, Christ, shines brilliantly in Holy Scripture, in the Ecumenical Synods, in the Canons, in the teachings of the Holy Fathers and Saints, and enlightens the whole people of the Church of Christ. The Church was formed as a brotherhood of men and women following Jesus Christ, being children of their Father in heaven, spread the moral light of Christ to the whole world   through preaching of the Holy Gospel.

The Papacy and the Protestants both preach false gospels.  The fundamental dogmas of the Papacy show this to be true. One man replaces the absent Christ. One man has the  primacy of Bishop. One man makes all decisions regarding faith and morals, truly a false gospel.  One man is infallible. One man has potential authority over every man on earth.  The Protestant groups have one thing in common in their false gospel. Anyone can choose and interpret the Bible in their own way. Truly these are false and confusing gospels, coming not from the light of Christ but from the depths of darkness and the seat of gloom.

Everyone’s mind  is lightened by some light, but according to the Lord, any light that does not come from Him is darkness thus anyone who preaches a different light contradicts the one who says: “I am the light of the world; he that follows me shall not walk in darkness.”

Fraternal organizations such as Freemasonry,  Ahepa, and other secretive organizations similar to freemasonry, which claim to have light and special knowledge and demand mutual dedication to the brotherhood, these lights are called lights but are really darkness. They are also secret organizations, and must dedicate to their fellows first and above all.  This contradicts the tenets of our Faith, for we hear from the Priest: “Let us dedicate ourselves and one another and our whole lives to Christ our God.” We cannot have two lives, one to a secret brotherhood and one to the brotherhood in Christ, who says: "There is nothing secret which shall not be revealed"  Indeed there is only one true light. That is why we sing in every divine Liturgy: “We have received the true light, we have received the heavenly Spirit; we have found the true faith; worshiping the undivided Trinity who has saved us.”   The light of Christ radiates from himself  he being the only spiritual and mental sun who came from heaven into the world.

Jesus Christ came into the world to form a brotherhood of man, worshiping the Father Son and Holy Spirit. This would not be a secretive organization but a holy one, sanctified not at a strange altar but by the altar on which Christ is offered in His Body and Blood.