ORTHODOXY NO RIGHT OR LEFT WING NO SISTER CHURCHES

ORTHODOXY
NO RIGHT OR LEFT WING
NO SISTER CHURCHES 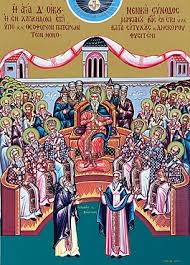 
There are no political divisions possible in genuine Orthodoxy, such as conservative and liberal, or right and left wing, although this term has been used against the faithful in a derogatory manner, by some Orthodox involved in the ecumenical movement. The reality is that there is one fulness of truth, preserved in oral and written tradition, as revealed by the Holy Spirit which is pure Orthodoxy. Substituting or contrary private opinions disagreeing with holy tradition is a distortion, not Orthodoxy


But what is pure Orthodoxy and what is distorted Orthodoxy? To be Orthodox means to accept and incorporate into our beliefs and lives, all that the Church has believed and rejecting all that the Church has rejected, loving all that Christ loves and hating all that Christ hates. Not one of us has permission to change anything by addition or subtraction, or out of our own opinion. The Church headed by Christ and guided by the Holy Spirit always abides in truth. There are beliefs, rules and regulations kept if we desire to belong to the Church. These rules involve everyone and exclude no one, clergy and laity alike, great patriarchs and lowly laymen. The Holy Scripture forbids us to open discussions with apostates or heretics. The reason that they are outside of the Church is because they believe erroneously. They can, if they so desire, reject their error, accept the truths of Orthodoxy. That will enable them to come out from under the anathema and enter the real Church by Baptism and Chrismation, unless they were previously baptized Orthodox.


WHY DIALOGUES ARE FORBIDDEN


Here is an example of the fruit of illicit dialogues: At the Synod of Chalcedon, a city in Bithynia held in 451 AD, 680 holy Fathers, decided in Holy Spirit, the Orthodox doctrine of two natures in Christ, divine and human, and anathematized the single nature or the two natures evolving into one single nature . The Monophysites were condemned by the Fourth Synod, and later by the fifth, sixth and seventh ecumenical synods. To this day they hold firmly to their heresy calling it truth, and that the Orthodox Church went astray in the year 451 AD, at the Synod of Chalcedon, leaving them as the true church. They believe and teach that the one nature of God became incarnate, and that the two natures evolved into a single nature after the incarnation – this has been their pernicious heresy, for over 1,500 years.
Orthodox reasoning will convince reasonable persons, that claim of a single nature in Christ after the incarnation is false., and falsehood is derived from the father of lies. The truth is that the nature is imparted to a being through birth; The Logos of God shares the divine nature by being eternally begotten of the Father. When the same Logos in His divine nature, dwelled in the Virgin’s womb, He acquired human nature from the pure Virgin and without change became man. Those who deny the two natures, deny the natural result of the Incarnation, that God became a man without change. The Fathers of the Fourth Ecumenical Synod accepted and dogmatized what the Holy Spirit inspired to them.
THE DANGER AND HARM OF DIALOGUES
To witness the danger of forbidden dialogue with heretics, some modern Orthodox participants changed their minds; attributed their condemnation as being politically motivated, and they now see the Monophysites as Orthodox and even addressing them call them Oriental Orthodox, but they remain in their heresy, holding firmly to their heretical opinions. In these forbidden meetings, Orthodox members who are ecumenists, establish that the Heretics were correct and the Holy Orthodox Church erred in condemning them, an untrue and undeserved charge, for the Orthodox Church did not err, and to this day believes correctly, that which the heretics distort. It is unfortunate that the ecumenist minded leaders, instead of leading them to truth and abandonment of their heresies, strengthened their wrong belief, and also their ability to repent of their error and return to the Orthodox Church, leaving them to clinging to their heresy.
The foolishness of the Orthodox leaders accepting the Coptics as being correct is apparent. Our Church anathematizes Dioscorus of Alexandria as a heretic, referring him as " hated by God". Coptics reverence him as one of their saints. We Orthodox recognize Seven Ecumenical Synods, but the Coptics accept only the first three Ecumenical synods, rejecting the others which, incidentally, condemn their heresy. They say that they believe in one nature after the incarnation, but we Orthodox believe the truth that there are two natures after the incarnation. They have their their theological and Christological formulas and we Orthodox will keep ours. They will keep their temples of worship and we Orthodox will keep ours. The Orthodox leaders together with the Oriental churches proclaimed the two churches as two families. Rubbing salt into a spiritual wound, the Orthodox agreed to the heretical falsehood, proclaiming with the heretics: "The two families share the same Orthodox faith in spite of over fifteen centuries of formal isolation. Conclusion? The Orthodox Church has been in error for over fifteen centuries! Not so! Those who agreed to this documentation are hereby proven to be enemies within the Church. 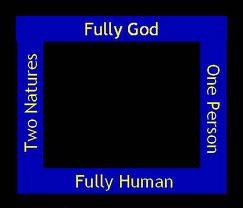 Christ’s life reveals His two natures in action. He was born as a man, clothed and fed. He became subject to His parents. He slept when tired, ate when hungry, drank when thirsty. He wept when Lazarus was dead. He suffered and endured the Cross. He was crowned with thorns and robed in a purple robe of mockery. His hands and feet and head suffered bleeding wounds. He was spat upon and put to death, offered vinegar to drink; all these things testify to His human nature. Magi and Shepherds glorified Him as God. He changed a few loaves into a banquet for thousands. He changed water into wine. He gave eyes to men born blind. He cast out demons and showed His authority over them, by giving them permission to go into a flock of pigs. He raised the dead and especially Four-day dead Lazarus. He raised paralytics and gave speech to the mute and hearing to the deaf. He resurrected from the dead and destroyed death by His death. Behold His divine nature! There two natures belong to the twice-born Godman.
Orthodoxy triumphantly declares that when Christ ascended He took our human nature with Him and humanity now has entered the Kingdom of heaven. The human nature He took from us became deified human nature, and by partaking of Him we too become deified and by His great mercy , will be with Him for ever in the kingdom of heaven.
ANOTHER FORBIDDEN DIALOGUE
ORTHODOX EMBRACE FALSEHOOD 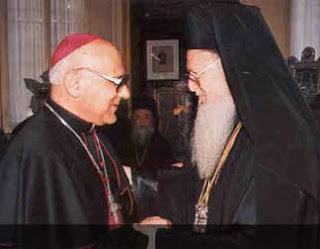 Here is another example of the results of forbidden dialogue Orthodoxy defines the Papacy as heresy, for it is a distortion of the teaching of Jesus Christ and Holy Scripture. The Papacy has been meeting with the Orthodox for years, with a single goal – eliminate and dominate them. They have not given up a single heresy, nor have they discussed the claim to primacy and infallibility of the Pope, which is the greatest error in the history of Christianity. But the Orthodox who have been meeting with the papal representatives have surrendered holy things to the detriment of their souls, for they did not stand fast in Holy Orthodoxy like our Fathers. The Balamond Agreement establishes another institution calling the Papacy, which is not a church – a sister church! This overthrows belief in our sacred Creed, and denies the exclusivity of Orthodoxy as the one Body of the one Christ.
Concerning the Balamond agreement, Orthodox leaders have surrendered dogmatic Orthodox truths and capitulated to wicked falsehood as being truth. All Orthodox Christians continually express belief in One Holy Catholic and Apostolic Church, and One Baptism for the remission of sins. We believe this and are bound by oath to the one Church, the one triune baptism and the seal of the one gift of Holy Spirit. To proclaim and believe that there is sister church, overthrows and denies our confession of One Holy Catholic and Apostolic Church which we Orthodox have preserved for over 1600 years. Just as there is only one Lord Jesus Christ, the only Head of the Church, there is also one Body of Christ the Orthodox Church. The Papacy seeks not unity but submission to the usurped tyrannical authority he uses to conquer fools and unfaithful Orthodox Christians, who fail to recognize that the Pope does not recognize Christ or believe Him to be the Head of the Church. Whoever denies the one Orthodox Church of Christ necessarily denies Christ who is its Head. The Balamond agreement is inimical to the truths of Orthodoxy and the Holy Spirit and Guide of the Church rejects it. 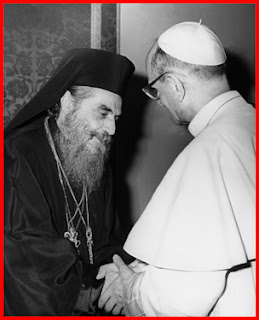 News Item
In a joint communiqué, signed on June 29, 1995, Pope John Paul II and Patriarch Bartholomew expressed their acceptance of the Balamand principles. Their communiqué includes the following statement: "The Joint Commission [which met at Balamand was able to proclaim that our Churches are recognized mutually as Sister Churches, responsible together for the preservation of the One Church of God."

QUOTE FROM THE BALAMOND AGREEMENT

14) It is in this perspective that the Catholic Churches and the Orthodox Churches recognize each other as Sister Churches, responsible together for maintaining the Church of God in fidelity to the divine purpose, most especially in what concerns unity. According to the words of Pope John Paul II, the ecumenical endeavor of the Sister Churches of East and West, grounded in dialogue and prayer, is the search for perfect and total communion which is neither absorption nor fusion but a meeting in truth and love (cf._Slavorum Apostoli_, n. 27).

The Holy Spirit, the Comforter and Spirit of truth will certainly not consent to this betrayal of fundamental truths. The Pope of Rome has usurped the position of Jesus Christ as Head of the Church and the position of the Holy Spirit as divine Guide of the Church, nor will the Pope ever give up his claim to be higher than any human being on earth and in history. Christ says: "He who exalts himself shall be humbled."