SAVING AND INVESTING FOR OLD AGE

SAVING AND INVESTING FOR OLD AGE

The quotes below are from the Prologue of Ochrid


"Many people, out of ignorance, exert themselves to avoid suffering in old age, and terminal illness, rather than to avoid the pains of hell in the life that follows old age and death.
There was an unmarried miser who, from year to year, strove to acquire for himself superfluous riches. When he was asked the point of so much toil and acquisition of goods, which were too much for his lifetime, he replied: "I’m gathering them for my old age. My goods will tend and feed me in old age and sickness.
In old age, a serious and long lasting illness fell upon him. He spent and distributed the money he had saved to doctors to heal him, and to servants to look after him and feed him, but the money ran out and the illness continued. His doctors and servants left him, and he fell into despair. His neighbors brought him bread until he died, and he was buried at public expense.

Of what use were those goods to him to whom they were given? God did his will in him, and sent upon him that sickness of which he had spoken and for which he had prepared his goods. However, all his goods were unable to ease his suffering in this world – and by what could he be eased in the world to come – by what, if he took with him neither faith nor hope, no works of mercy, nor prayer and repentance?
Someone saw a departed man in the glory of Paradise, and asked him by what he had become worthy of that glory. The man replied: "I was, in my earthly life, the servant of an evil doer, who never paid me my wages; but I endured everything and served him to the end with hope in God." He saw another man in eternal glory and, when he asked him, the other replied: I was a leper, and to the end rendered God thanks for that." The one though, who had heaped riches for sickness in his old age, will never be seen by any man in the glory of Paradise in the other world."

Prologue of Ochrid Vol. 3 pp 390-391
What then, is the best investment to make? The unmarried miser quoted above, thought only of this present world as being worthy of investment, never realizing or considering the next world which we will all enter, and be judged worthy of reward or punishment. Numerous answers have been offered answering this question. If someone offered us the whole world and all that is in it, it would be a very poor investment. For having it all, we must necessarily be occupied with it in this life, and leave it when we die. Jesus Christ offers the best investment which does not concern money, stocks and other investments, for it is much more precious and lasting than these temporary things. He offers us everlasting life in the joy of His eternal Kingdom if we offer Him our souls! 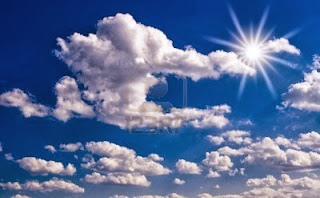 Our life on earth is very brief, our worldly investment remains behind us and someone is benefitted by it. Though we may not consider how fast this life passes in our early youth, we begin to realize it more and more as we pass forty years. Of course we need to work at a job, or in a profession, in order to maintain this life, and if we desire to marry and raise a family, we need an income source, to pay the bills. But if we get caught up in this alone and ignore the most precious investment in the future life, we will regret it endlessly for all eternity.
Jesus Christ did not come to change society, enrich the poor or free the slaves, nor did he design a way to battle crime, or change corrupt governments, for His kingdom is not of this world. If we heed what Christ offers, we gain eternal life by following Him. If we grasp what this world offers, we will lose eternal live by conforming. Jesus Christ is the Living God who became a man, and dwelled among us filled with grace and truth. He not only loves us with perfect love, he is the fountain of all love, filled with kindness and merciful to all who come to Him. He is the only source of life, the only bestower of grace, the only wealth that exists. If we had Jesus and nothing else, we would have everything. If we have huge treasures of this world, billions and billions of dollars, and do not have Christ, we are in dire poverty.
Our Lord doesn’t ask for much, just everything, that is, he doesn’t seek material goods, but our minds and hearts and our free will to accept and follow Him. When we give Him all that we have, He returns His goodness a hundredfold. Here is the investment He offers, give me the short span of years of this life, struggle to be good and do good as I instruct you, live according to my commandments, and I will give you in return – the eternal kingdom. In my kingdom there is no misery, no wretchedness, no sorrow or regrets, no tears, but only perpetual happiness and joy that will never end.
Some Orthodox Christians have expressed the belief that memorial services are adequate, but this is a trap of the evil one, for memorial services have a purpose, but they are not a ticket into heaven. These services are meant for those who have struggled in this life, believing and trying to follow Christ’s commandments. If they died unbelieving and faithless, they cannot be brought to belief and salvation by 100 memorial services. If they die in unbelief having serious unconfessed sins, memorial services cannot instill them with faith or wash away their sins. 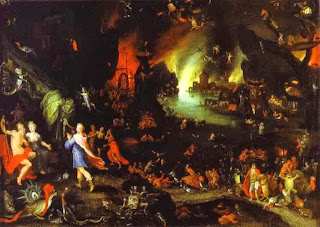 Foolishness and insanity is the love this world and living only for the cares and pleasures of this life is the worst possible investment that can be made. Let us heed the words of the beloved disciple, John the Theologian: "Love not the world, neither the things in the world. I f any man love the world, the love of the Father is not in him. For all that is in the world, the desire of the flesh, the desire of the eyes, and the pride of this life, is not of the Father, but of the world. And the world passes away and its desires, but he that does the will of God remains forever"              (1 John 2:15-16).
Posted by Unknown at 7:05 PM