Orthodoxy does not have a Pope, but we do have both good and not so good theologians and bishops, some who love Orthodoxy and some who, without realizing, act against our Holy Traditions. In many cases the faithful are completely unaware and disinterested in what is happening in the Church, and thus the Church is in the process of losing one of its most important defenders – the faithful laity who care about preserving the truth and the Orthodox Faith.


What is the Western rite? Ostensibly, they say it makes it easier for those in the west to become Orthodox. In reality it is an infiltration, sponsored by Orthodox Bishops, of papal tradition into holy Orthodoxy, accomplishing what the Papacy has often attempted without success, which is to subdue and somehow destroy Holy Orthodoxy. Some will scoff at this, but a little leaven can accomplish much, to leaven good or evil. To accomplish this, first Orthodoxy must, in the eyes of its members, be watered down and gradually changed in their minds into just another rite. The Papacy has already proven this possible through the Byzantine rite churches which preserve the form, but have lost the grace of the Holy Spirit, which enlivens the Church. They look Orthodox but are of the papacy.


Bishops are called upon to be an example of Christ, to become Christlike, leading the Orthodox faithful on the path of truth and eternal life, helping them to avoid the errors of those outside the Church. Their office requires them to to repeatedly proclaim the glorious truths of Orthodoxy while protecting their sheep from the wolves, such as the papacy, protestantism, and all errors.

It is their sacred duty to frequently proclaim the truth which identifies us, that we are the One Holy Catholic and Apostolic Church, that there is only one path of salvation, and that all other paths lead people astray. The Lord forbids them, yet they out of mistaken love befriend our enemies as friends and brothers. They should not accept sacraments of heretical churches, for it is their sacred duty to teach us that the Holy Spirit sanctifies only Orthodox Mysteries, that the Spirit will not sanctify those outside of the Church and that only Orthodoxy has a genuine Priesthood being the ark of salvation. 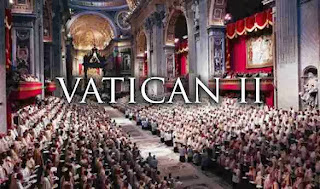 The Papacy went into apostasy a millennium ago, and has introduced countless errors, disconnecting itself from the Lord Jesus Christ. They changed the Gospel and usurped the authority of Jesus Christ and the Holy Spirit, bestowing it on the Pope, who claims to hold the keys to heaven and hell. Despite the captivity of many Orthodox people under 450 years under Moslem rule, and 70 years of the Russian Church under the communists, Orthodoxy remains pure, for Christ is our divine Head and the Holy Spirit is our divine guide. The evil spirit of error has always attacked the Church, and such is the Western Rite, but few see its hazards. It is a big mistake. It makes no difference who supported it, or why. We will show it to be inimical to the Faith, and why it must be eliminated from among us, that members may enter the fulness of the Church, and that purity and truth may be preserved..


Let us look at the Western rite and you will see that it is not Orthodox, and merely calling them Orthodox does not in fact make them Orthodox.


1. For Holy Communion they take leavened bread and form it to look like the Latin azymes or unleavened bread.
2. They keep the papal Ash Wednesday, foreign to Orthodoxy, for we begin the Great Fast on Clean Monday, with a totally different spirit.


3. They maintain the adoration of the blessed Sacrament, which is foreign to Orthodoxy. We venerate each other for we Orthodox have the Mystery of Eucharist, therefore Christ and Holy Spirit is in each of us.


4. For almost a 1,700 years Orthodox Christians universally make the sign of the Cross with the thumb and two fingers together, and two figures facing downward, going from the right shoulder to the left shoulder. The Western rite in Orthodoxy uses the papal sign with all five fingers from left to right shoulders.


5. During fast periods they eat the foods that Orthodox do not eat, for they only keep a fast by abstaining from meat, everything else is eaten at all times of the year, which is the papal practice.


Responsibility to correct these things rests with Orthodox Bishops, who approved the Western rite. Their decision was made, they said, to make it easier for Cathoics and Protestants to enter the Orthodox Church. But they have not really entered for they remain in a completely papal environment and are only called Orthodox. They were not baptized; they did not renounce the Papacy; they did not renounce the Pope. They did not receive Orthodox Baptism. They did not take new names in Baptism, and be a new person in Christ. Instead they preserve papal customs, missing the Orthodox way of life, which includes periods of strict fasting, which they fail to do. 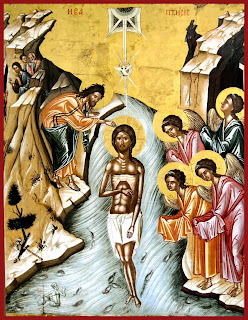 We cannot place the blame on the Western rite followers because they were  misguided by bishops of the Russian Orthodox Church Outside of Russia, who now, according to Metropolitan Hilarion, have proceeded to help guide the Western riters to be more Orthodox in practice. The western rite is no small matter, and must not be disregarded. We Orthodox need to return to the traditions which were entrusted to us, for they are not ours to change as we please. Everyone who enters the Church needs to be baptized with the only baptism that exists, that of Orthodoxy’s triune immersion. We confess over and over that we believe in one baptism for the forgiveness of sins. One baptism does not mean numerical only, but also the form, as commanded by our Lord and His Apostles, who also command triune immersion. Many leaders, fail to recognize these basic Orthodox truths and they actually defraud converts of the knowledge and experience of the majesty and extreme beauty and love of the Orthodox Faith.


Those of the western rite need to be catechized with a formal structure of learning, as should all who seek to enter the Church. This will bring them both knowledge and joy. Our leaders could then with gladness announce to all converts that they are about to begin a completely new life in Baptism, and that they will be dead to sin, but alive to God in Jesus Christ. They must throughly understand through their core that their old sinful self will be drowned in baptismal waters, and they will rise in Christ’s resurrection. Then they will be ready to receive the gift of Holy Spirit, and the Body and Blood of Christ. They will be unlike the old wineskins which Christ spoke of, where the wine of Holy Spirit spills out, and they are lost, but they must become new wineskins, able to be filled with Holy Spirit, after being cleansed in the waters of Baptism, where they will be saved. Whatever sins they may have committed in the past, after confession and baptism, even murder, is forgiven, for they are rendered sinless by holy Baptism  and can rise, if otherwise eligible, to any height to any office in the Church.


Their souls will be uplifted as they experience more deeply the new Orthodox life of joys and sorrows, of glory and exultation. They will be thoroughly uplifted in the kingdom of heaven on earth, which is Orthodoxy. The Western riters were deprived of their quest to become Orthodox for the following reasons, they were:
Not taught how to make the sign of the Cross.
Not taught how to keep the various fasts.
Not shown that leavened bread is to be used in the Eucharist, not the wafers of the papacy.


They must experience as we do the extreme wonder and glory of Christ’s Passion and Crucifixion in the Orthodox tradition, not in the cold papal tradition.


It is necessary and just, that the uninformed souls, should be guided away from the falsehood and heresy, and be led to Orthodoxy , which is the path of salvation and the Bride of Christ – where The Logos Christ God is our Head and the Holy Spirit our infallible Guide.
Posted by Unknown at 8:03 PM