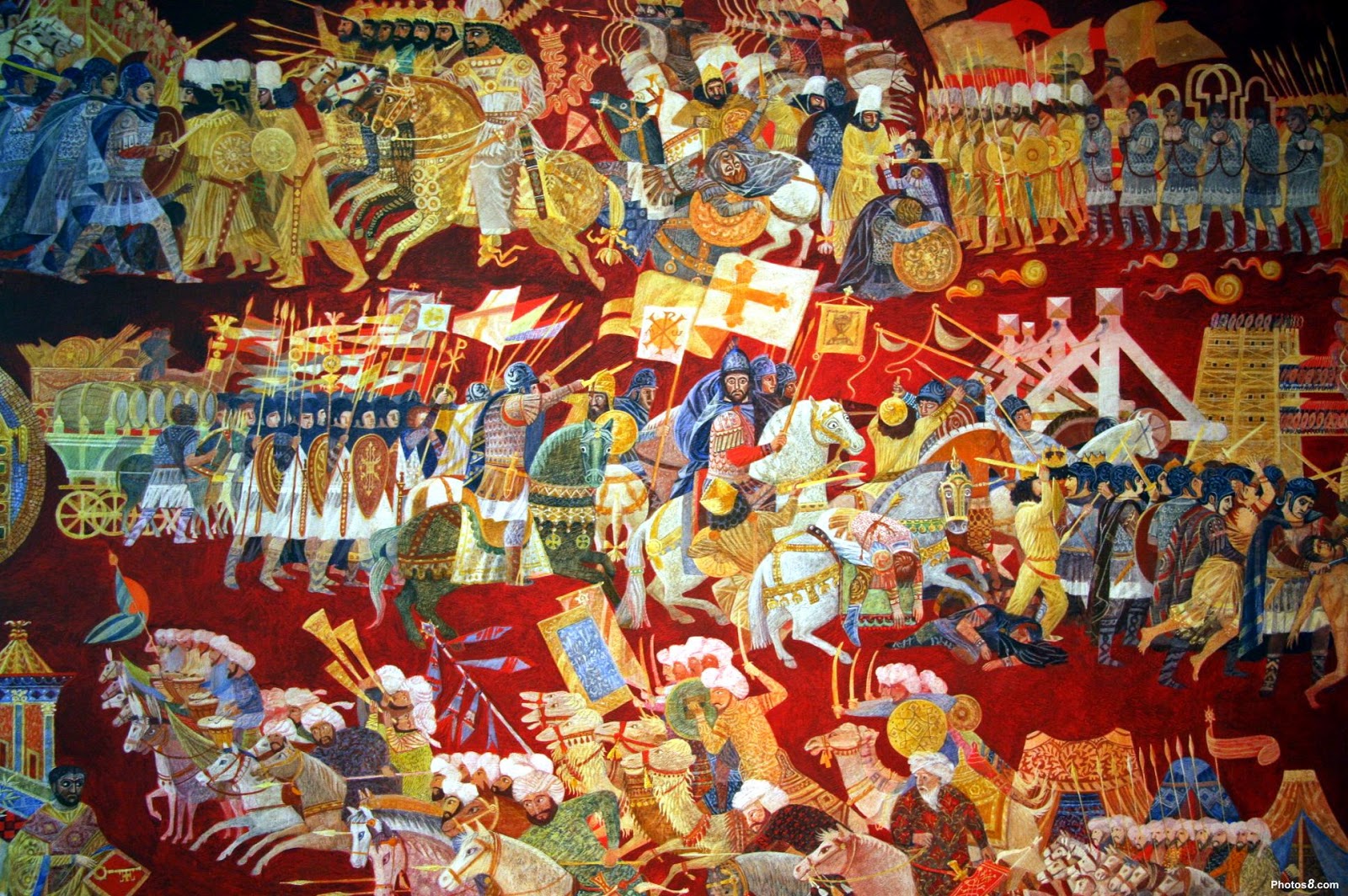 The Latin papists went to the Athonite peninsula and systematically terrorized the Great  Lavra, Iveron and Vatopedi leaving behind some forced or frightened converts. But also a company of Orthodox martyrs and confessors in the ruins.  The Papists then went north of Konstamonitou. In the interior of the Athos peninsula, to the Monastery of the Holy Great Martyr George known as Zographou. The monastery lies on top of a rise, tucked into a woody fold hidden from the sea.  From the 13th C. onward, the monastery was under the control of Bulgarian monks.

At that time the hegumen of Zographou was Abbot Thomas. He became aware of the papal marauders seeking Orthodox souls. As told in the following moving account. There was a certain virtuous and aged monk who lived in Zographou’s vineyard, being about one-half hours walk to the south west.  His rule of prayer was to recite the Akathist Hymn to our most holy Lady, the Theotokos/ He pronounced the Akathist daily before her icon, where she is depicted holding the Christ Child in a Directress-type icon.

One day as he was reciting his customary rule, and was at that part where the Archangel Gabriel greets the Virgin Mary, saying, “Rejoice,”, the elder suddenly heard from the sacred icon the following words. “You rejoice also, O elder of God!”  The old monk began to tremble.  He then heard the Mother of God’s voice coming from the icon, saying to him, “Do not fear, but go quickly to the monastery, and announce to the brothers and to the abbot that enemies both of my Son and I are approaching.  Whoever, therefore, is weak in spirit, in patience let him hide until temptation passes.  All those who desire martyric crowns, let them stay and lock themselves within the monastery. Go, therefore, quickly.” The old monk fell before the icon, asking, “How, Lady, shall I leave you my protectress in this place?” She replied, “Concern not yourself for me, but hasten to the monastery.”   (Note that the Theotokos identifies the papists as her and her Son’s enemies!)

The elder obeyed the voice and the will of our all-undefiled Lady.  He left his cell, hastening as much as possible to the monastery, that each one might be granted time to consider which way he might choose.


As soon as the elder came to the monastery gate, he beheld the very same icon of the Theotokos before which he recited the Akathist Hymn in his cell.  By divine power, the icon was born aloft and went on before the elder to the monastery gate.  The old monk fell down and venerated the icon. He then entered and related the warning given by the Theotokos. The monks, seeing the icon and hearing the miracle, gave glory to God and His compassionate Mother.  At the news that the heretic papists were approaching, each man was stirred at the coming peril.

The abbot exhorted those who remained behind, quoting from St. Paul’s Epistle to the Romans, saying, “As many as are led by the Spirit of God, these are sons of God.  For you did not receive a spirit of bondage again to fear, but you received a Spirit of adoption, whereby we cry, ‘Abba, Father’ The Spirit himself bears witness with our spirit, that we are children of God; And as children, also heirs – on the one hand heirs of God. On the other hand joint heirs of Christ; if indeed we suffer with Him. In order that we might be glorified together.  For I reckon the sufferings of the present time are not worthy in comparison to the future glory to be revealed in us” (Rom. 8:14-18).

Abbot Thomas urged them to keep their faith without hypocrisy, and that they rekindle the gracious gift of God, for God gave us not a spirit of cowardice, but off power, and of love, and of a sound mind;.`  “Therefore”, says St. Paul to St. Timothy, “do not be afraid of the testimony of our Lord, nor me His prisoner, but suffer hardship with the Gospel, and according to God’s power
(2 Tim.1:8).

He then looked upon the brotherhood and told those who feared torture to conceal themselves in the mountains and caves. Twenty-two of the monks, including Abbot Thomas stood their ground with four laymen.  The Abbot then took those who remained and ascended the monastery’s tower. They took with them the icon from which the aged monk received the warning.  They remained within, expecting both the enemies and their martyric crowns for confessing the Faith.

In a short while the papists together with the Latin-minded arrive.  “Open up unto us” they demanded.  The Abbot answered. “Even if an angel from  out of heaven should preach a gospel besides what Gospel has been preached unto us. Let such a one be anathema" (cf.  Gal 1:80).
Declare your teaching.  If it is not from God, begone!”

With all their might, the papists employed every rhetorical technique that their western learning afforded them to madden or move the Orthodox to their way of thinking and interpretation of Scripture.  The papists demanded that those of Zographou open the monastery tower and acknowledge the headship of the pope over the ecumenical Church.  In a wily manner, they spoke of the filioque, unleavened bread, shaved beards, and priests as bridegrooms of the Church.  If the Orthodox complied, they offered the Pope’s clemency and plenty of gold will be theirs.  If they refused, they could expect destruction and death.  The venerable monks made a reply to the Papal innovations. They quoted the holy rit and the words of our Savior himself, who said: “When the Comforter should come, whom I will send you from the Father, the Spirit of truth who proceeds from the Father (John 15: 26); The fathers also recited other passages in the Gospel of St. John:  “I will ask the Father and He shall send you another Comforter sent in my name, He shall teach you all things (John 14:26).

The fathers, from their tower on high, also gave the example of John the Forerunner, who beheld the Spirit descending out of heaven as a dove, and abode upon Christ (cf. John 1:32). Then there came a voice out of the heavens: “You are my Son,” and the rest (cf. Mark 1:11; Matt. 3:17).”  The father then concluded this portion, saying. “Thus it is evident that it is from the Father alone that the Spirit proceeds.”

The monks then warned the papists not to blaspheme, saying, Christ says that every sin and blasphemy shall be forgive to men, but the blasphemy against the Holy Spirit shall not be forgiven. Whoever shall speak a word against the Son of Man, it shall be forgiven him; but whoever shall speak against the Holy Spirit shall not be forgiven him, neither in this age nor the one to come (Matt. 12:31,32).  They added, “No synod or council has ever stated that the Holy Spirit proceeds from the Father and the Son.  What Canon has been enacted by the Fathers that we ought o use unleavened bread or shave our beards? You are filled with seven evil spirits that contradict the Seven Ecumenical Synods. You do not preach the Gospel, but the presumptions of Antichrist, even as Mohammed."

“We do not offer unleavened bread as the Jews.  The bread at the mystical supper was leavened.” We do not shave the hairs of our beard; for there is no decree on this matter in the Scriptures or ecumenical synods.  Trim not your beard but your tongues.  We do not cut our beards, but rather strive against those things that defile a man, that is, evil thoughts, murders, adulteries, fornications, thefts, false testimonies, and blasphemies" (cf. Matt. 15:19, 20).

Moreover, there are not many bridegrooms, but one Bridegroom, Jesus.  And you tell us that your pope is the head of the Church? From what place do you derive such teaching?  For us, Christ is the Head of the Church!  We say to you, therefore, accept Orthodoxy, for neither your violence nor your tyranny shall convert us.  We will not pollute our souls nor defile this sacred place.  We will not open the gates of the monastery. Depart from this place!” The papists, greatly enraged, shouted up at them, “Indeed since you wish it, what remains is for you to die.”

The papists then busied themselves gathering wood, which they placed around the tower and put to the torch.  The mighty conflagration reached a great height.  None of the monks or laymen consigned to the flames enveloping the tower withdrew.  All conducted themselves with a steady and manly bearing, glorifying and blessing the Lord. After they prayed on behalf of their enemies, they surrendered their souls into the hands of God, to whom is due glory and dominion unto the ages of ages. Amen

A voice was then heard from on high, “Rejoice and be exceedingly glad, for your reward is great in the heavens” (Matt. 5:12).  Though the terrified papists heard the voice, they did not come to repentance. They left and continued their path of destruction.  The concealed brethren returned to a devastated monastery. In the ruins of the tower, the icon was found undamaged.  It is generally believed that those who suffered martyrdom departed to their beloved Lord in 1276.

The names of the layman have not been left to us, but the twenty-two martyred monks and confessors are as follows: Abbot Thomas, Barsanuphios, Kyril, Micah, (or Michael), Simon, Hilarion, Iakovos, Job, Cyprian, Savvas, Iakovos, Martinian, Kosmas, Sergios, Menas, Joseph, Ioannikos, Paul, Anthony, Efthymios, Dometian, and Parthenios the ecclesiarch.  Parthenios, however, did not repose quickly.  The heretics did not notice that his dashed body was still conscious. When the brethren returned to Zographou, they found him among the immolated remains of those valiant martyrs.  Before he reposed on the 10th of November, he recounted the events of his co-sufferers and confessors 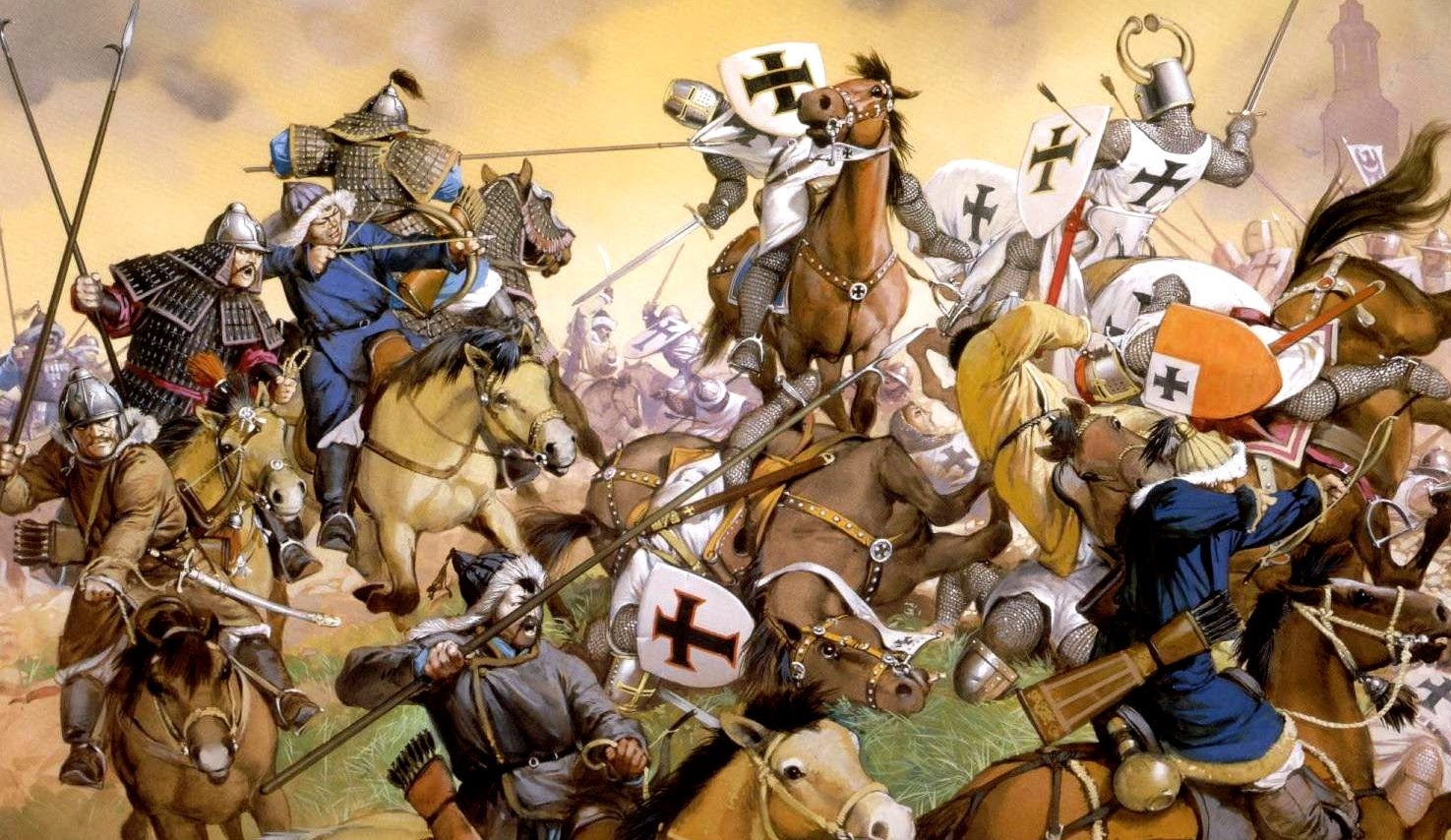 Until 1873, a portion of the tower remained, but was in danger of utterly collapsing.  During new construction to rebuild the monastery, the remnants of the tower barred completion of the northern wing, When it was deemed necessary to remove the remains of the tower, it was resolved that a monument be erected to commemorate the very spot of the martyrs’ sacrifice.  The cenotaph was finished in the same year.  On the day of the consecration of the memorial, at midnight during the all-night vigil, when the lives and sufferings of these martyrs were read during Orthos, a slight sound could be heard in the Church. Concurrently, a pillar of fire hovered over the katholikon (main church), illuminating Zographou and the environs on that moonless night. The pillar stood for a few minutes, then formed a ring over the memorial, as though crowning it.  This miraculous sign occurred for one quarter of an hour before many witnesses.  All glorified God, who is wondrous in His saints, who cut down the heresy of the papists and reproved the vainglorious emperor with his mindless patriarch, Vekkos. Thus because they offered themselves as sacrifices to the Lord, their memory abides forever.