THE PATRIARCH AND POPE SEEK TO END ORTHODOXY

THE PATRIARCH AND  POPE
SEEK TO END ORTHODOXY 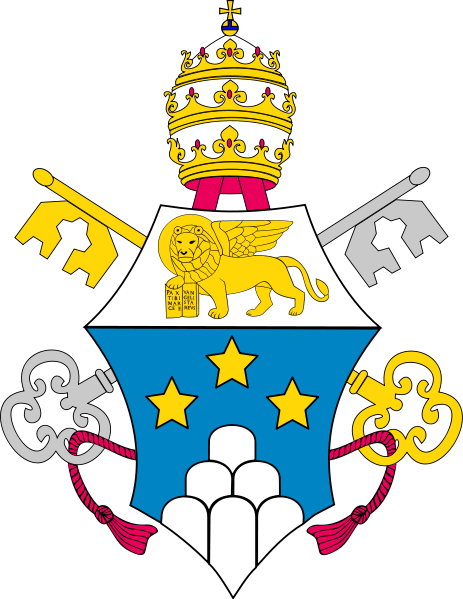 For two thousand years loving our Church, we all have confessed and believe in, the One Holy Catholic and Apostolic Church which we call Orthodoxy, has always recognized the truth, that we are the one true Church founded by Jesus Christ, guided by the Holy Spirit, and never deviating from truth. Popes have sought union with Orthodoxy many times, but resistance inspired by the Holy Spirit forbade them. Orthodoxy knows that the popes do not seek union but domination because this is all they know.

Many Orthodox patriarchs have steadfastly resisted the popes’ quests on reunion. There was a booklet against the papacy published by the bishops of Constantinople which is still available and is called: The Reply to the Pope’s Overtures on Reunion.  This book identifies why union is not possible due to the many of the heresies adopted by the papacy, especially the superiority and infallibility of the Pope of Rome.

Patriarch Bartholomew is openly dividing Orthodoxy with his new un-Orthodox innovations that are certainly not inspired by the Holy Spirit. Neither he nor anyone else can honestly deny Orthodoxy’s being exclusively the One Holy Catholic and Apostolic Church, the only true Church founded by Jesus Christ, the Church of the Seven Ecumenical Synods,  is undivided and guided by the Holy Spirit. As Jesus Christ, the Head of Orthodoxy is divine and human, so His Body the Church is the same, divine and human. It is a perfect divine human Church “without wrinkle or spot or anything”, filled with the grace of the Holy Spirit it has everything needed for salvation. This Church has absolutely nothing in common with the Papacy or Protestantism, but is filled with holiness and divine truth. Just as Christ, the divine-human man is indestructible, so His Body the Divine-human Church is also indestructible, for no one can  prevail against it as the Lord firmly promises: “The gates of Hades shall not prevail against it.”


The Patriarch is openly denying the divine truth that Orthodoxy is the exclusive Church headed by Jesus Christ and guided by the Holy Spirit. He visualizes a totally different church as being “the Church” by recognizing and elevating the apostate papacy to a position of honor and leadership, forgetting that the papacy has warred over the years, against Christ and His Church having willingly gone into apostasy, having chosen to abandon the true Church.  We are fools if we forget how her killer crusaders attacked Constantinople, raping and pillaging eventually they took the city captive.  They established a patriarch named Vekkos, who became a unionist and papal lover. Vekkos with the crusader killers of the pope went to Karyes, and other parts of Mount Athos, demanding that the Orthodox celebrate Mass with them or die. Because of their faithfulness to Orthodoxy and their consequent refusal the papists slaughtered the monks. Those who were martyred by the papal crusaders are commemorated by the Church every year as martyrs of Christ. Here is an account of such commemoration from the Prologue by St. Nicholi Velemirovic:

Slaughter of     Holy Fathers of Karyes, Mt. Athos by Papists and Unionists

“They suffered at the time of the Union of Lyons, at the hands of the papists. The Union was the work of the Pope and the Emperor Michael Paleologus (1260-81).  The Protos of the Holy Mountain was hanged, and the others were beheaded with the sword.  Prologue 4 December 5.”
(The papists are not our friends.)

The Patriarch and the Joint Commission  deny the exclusivity of the Orthodox Church, then established the heresy of calling Orthodoxy and the Papacy  “the one Church”. for they have establish a new dogma which establishes that  our churches recognize one another as Sister Churches,  jointly responsible for safeguarding the one church of God, in faithfulness to the divine plan, and in an altogether special way with regards to unity . . . In this perspective we urge our faithful, Catholics and Orthodox. To reinforce the spirit of brotherhood which steam from the one Baptism and from participation in the sacramental life.

We are not one church with the pope and papacy, who are inimical toward Orthodoxy and truth.

We are not brothers with the papists, Light and darkness are in opposition to one another.

We do not participate in a common sacramental life, they are quite different..

So the Patriarch has now abandoned pure and holy Orthodoxy and begun to create another church to take its place made up of the papacy, Protestants  and Bartholomew’s Orthodox followers. Apparently he is not ashamed to follow the crooked path of the heretical Patriarch Athenagoras. Patriarch Athenagoras, one of the initial enemies within ` holy Orthodoxy, said: “movement toward unity (between Orthodoxy and the Papacy) is not a matter of one Church moving toward the other, but rather let us all refound the One Holy Catholic and Apostolic Church together, coexisting in the East and the West as we lived up to 1054 in spite of local differences that existed then.” His intentions are to destroy the One Holy Catholic and Apostolic Church and start or refound a new and different Church that is not Orthodoxy but will consist of Orthodox and various heretics.

The papacy claims that the pope pompously claims to be the only spokesmen for God, the only real Bishop, the only head of the church, the only guide of the church, the only teacher of all Christians, the only holder of the keys to heaven, the only infallible one, and the only one whom no man can judge.  Is it not apparent that the humble and meek Jesus Christ sends out many humble non-dominating apostles equal to each other, to preach the Gospel and baptize,  while the papacy sends a single man, sitting in Rome to dominate and rule over everyone.

For a thousand years, the papacy has proved to be an enemy of Orthodoxy. They established the papacy as a new “church” naming it the Catholic church which they are not. Their entire dominion was established upon their super arrogant claim to be superior to the Church Christ established. Scripture clearly teaches that Christ is the foundation and head of the Church. Scripture testifies that Christ sent the Holy Spirit to be the Church’s Comforter and Guide, reminding us of His teaching. The Pope has usurped both of these functions, claiming to be the head and the guide of the Church. Let those who wish to follow the Pope follow him into darkness, but let us who are faithful, follow Jesus Christ the only sinless and infallible one. Into everlasting light.