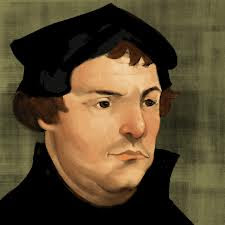 The reformers and all those who placed their hope of salvation in Scriptures alone,  by their actions, threw out the true Church, and kept the Bible, not realizing that the Bible by itself cannot save a single soul, being the inspired written tradition of the Church. For without oral tradition no one can understand the real meaning of the Bible (The reformers met with Orthodox Bishops but did not seek to enter the Church)  FN *.  St. Paul warns the sola scriptura advocates in advance: “Stand firmly in the traditions which you have been taught, whether by  word or by  epistle” (2 Thes. 2:15).  Preservation of written tradition without oral tradition will not lead to unity with Christ.   Even more serious, in  remaining outside the Church,  where and to whom can they go? It is impossible for there to be a second church, for Christ is only present in His Church. Christ, being the Head never leaves the Church, confirming this He says: “Lo, I am with you until the close of the age.” He is the Head of the True Church, which is His own body.  He will never go to another Church other than the one He dwells in which He founded and heads.  Christ cannot be divided and is at the helm of Orthodoxy. Luther’s people showed no interest in  the True Church,  when they were  approached  by members of  Orthodox  Church. FN *  The Church always welcomes those who sincerely search for the truth of the Church, and to this day  Protestants who want the truth will always be welcomed in the  love of Jesus Christ.


The  reformers evolved into the countless  Protestant sects, and then re-evolved into thousands of different “churches”. Their original  rebellion was NOT against the true Church of Christ, but against the corrupt Papacy which had  apostatized from the true Church hundreds of years before, but before the world poses as the true church. But their history is written in the blood of crusades and inquisitions .  They disregard the promise of Christ:  “Upon this rock, I shall build my church and the gates of Hades will not prevail against it.”  When  they broke away,  the reformers were not part of the true Church, but they were equally arrogant rebels against the Papacy, and  the Popes of Rome.  However, they  erroneously believed that the corrupt Papacy was the genuine and  true Church, and without a sign they claimed that God appointed them clean up and reform his church! 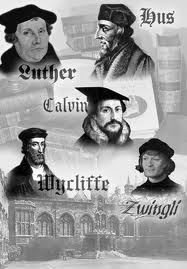 The reformation which was a human uprising  against the iniquity of the Papacy, had nothing to do with Jesus Christ and the Gospel. The evil actions of the reformers in the name of Jesus Christ caused the name of Christ to be defamed in the West, a process which continues to this day.  The Papacy defamed the name of Christ even more, slaughtering people in warring crusades and condemning and  murdering people in their tortuous Inquisitions, and they aroused hatred against Christ by their immoral lifestyles and the avaricious Popes and their cardinals.  Who believe their nonsense that Christ, who appointed and sent out 12 Apostles, removed all authority from them and conferred it on the Bishop of Rome, and then made him infallible? But it is said that if you repeat a lie enough times people will believe it.

Our merciful Lord Jesus Christ set an example for the behavior of those who would follow Him, for although being  all-powerful, He could by just a thought,  destroy all living  creatures,  yet He never came up with a thought or raised a finger to harm a single soul,  but instead He cured and raised souls from the dead, doing  good to everyone.  His true disciples down through the ages until the present time behave  as Christ taught: “Learn from me for I am meek and humble in my heart.”

Who was Martin Luther?  A German  Roman Catholic monk, who was often frustrated and highly emotional. At one time someone asked him if he truly loved God. He answered: “Love God? Sometimes I hate Him!”  Luther did not desire or search for truth and the true Church. Instead, he came up with  the idea of sola  Scriptura or Scriptures alone, that is without the church and oral  tradition, for he knew of Orthodoxy but never search for the true Church, He opened the bottomless pit from which came more heresies than was ever experienced by the Church.   Look back in history for older heresies and you will see them scattered among the Protestants. He also invented the novelty of being saved and judged by faith alone and not by works, although the Scriptures teach over and over that we are saved by faith but will be judged by our works. Orthodoxy alone has always taught that both are necessary to be a servant of Christ.

Luther was not a Bible lover, but used the Scripture, as do all those who are outside the Church, by picking and choosing what they wish. In fact Luther was an enemy of the Bible and its source, for  he wanted to dismantle it. When he saw that the Epistle of James overthrew his doctrine, he remarked that it was  “an epistle of straw.”  When he could not comprehend the symbolism in  Book of Revelation, he   wanted to discard it, saying that it was not in the canon and ought to be thrown into the river,  which he later retracted. Only the Evil one could inspire Luther’s actions against the Church and Scripture. Being led further astray, although a monastic pledged to perpetual virginity,  a nun and he  married and raised a family!  Breaking their monastic vows of fidelity to God, this became an adulterous marriage. Contradicting  Scripture, which he claimed to be following, Luther went on wrecking everything sacred denying the rank of  priests and bishops in the Church, even though the Apostles established these ranks from the very beginning..  Blinded by his devious mission, he who said: Scriptures alone”  should have said: “Scriptural sola”  as I interpret them! In fact Luther behaved as a little pope, doing whatever he decided.
The Protestant rebellion  may never have occurred, were it not for Johannes Gutenberg’s invention of the printing press in 1452,  shortly before  Luther’s revolt against the Popes of Rome.  During the reformation period  the Renaissance also began, searching and teaching ancient Greek and Roman human knowledge. This cultural movement, gradually led the minds of men to draw further away from Jesus Christ, the perfect God-man, the type of man we are all destined to become.  Instead they stripped man of any relationship with his only Benefactor and Teacher, Jesus Christ. For it heralded the  dawning of  humanism, wherein man is elevated and exalted as supreme,  thus making God unnecessary!   Further, the reformers, gradually deified the Bible as they interpret it, then discarded what they thought was the true Church, the Papacy, by avoiding the true Church in the East, they forfeited the method established  by Christ by  which the Gospel is to be spread, which is by the True Church alone,  preaching the good news of salvation, to the race of man. It is by the  preaching of the Church,  not by Scripture alone that leads souls to perdition but certainly not to the kingdom of heaven. 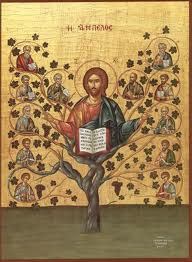 Jesus Christ gave no command to His Apostles to copy the Gospels and distribute them, but He commissioned the Church: “Go forth and preach this Gospel to all nations, baptizing them in the name of the Father Son and Holy Spirit, teaching them all that I have commanded you.” He also gave them the authority to forgive sins.

The Church always will always joyfully welcome every one outside in the love of Christ.  Come and  see genuine Christianity preserved for almost two thousand years in the Church founded by Christ. You will hear the real living message of the Gospel without corruption by human opinion, but filled with the grace of the Holy Spirit which will delight your hearts and fill your minds with wisdom..

Footnote *
“Luther and the German Reformers
1. The Reformers had felt a certain kinship with the Orthodox since Rome considered both the Christian East and the Reformers to be heretics. The Protestant Reformers often used Eastern Christianity for propaganda and polemics. At the Leipzig Debate in 1519, Martin Luther, pressed to defend his view that the authority of the pope was not normative for Christian doctrine and life, cited the example of "the Greek Christians during the past thousand years...who had not been under the authority of the Roman pontiff."[17] The next year he declared that the Orthodox "...believe as we do, baptize as we do, preach as we do, live as we do."[18] In 1521 Martin Luther wrote about Holy Communion: "Moreover, he [the Roman perfecter] has against him the long continued practice of the whole church in all the world, the practice [the reception of both elements by the laity] that still continues among the Greeks, whom even Rome itself dare not call heretics or schismatics because of it... I now say that on this point the Greeks and Bohemians are not heretics and schismatics but the most Christian people and the best followers of the Gospel on earth."[19]
According to the noted Lutheran-turned-Orthodox historian, Jaroslav Pelikan, what was only a polemical intuition in Luther became a more substantial ecumenical overture in his colleague, Philip Melanchthon, and later in Melanchthon's pupils. The most substantial of these overtures was the translation into Greek of the Augsburg Confession.[20] Philip Melanchthon fathered the movement to bring an understanding between Wittenberg and the East. He was entirely dedicated to this task. He was a kind and gentle humanist with an irenic tendency and a desire to preserve or restore the unity of the Christian Church. He expressed this desire in the Augsburg Confession, where he tried to show the true catholicity of the Lutheran Church.[21] Philip Melanchthon's personality stood in marked contrast to Luther's. He was timid and gentle, no prophetic leader of men. Luther was the experiential theologian, the fiery preacher and popular writer who inspired others through his own faith-conversion; Melanchthon was "the quiet Reformer," the methodical thinker, the theologians' theologian – and a literary genius.[22] Melanchthon's humanist education and linguistic proclivities made it uniquely appropriate for him eventually to seek out contact with the sixteenth-century heirs of the Greek patristic legacy.[23] ”
From:
http://www.stpaulsirvine.org/html/lutheran.htm