THE IMAGE AND LIKENESS OF GOD

THE IMAGE AND LIKENESS OF GOD 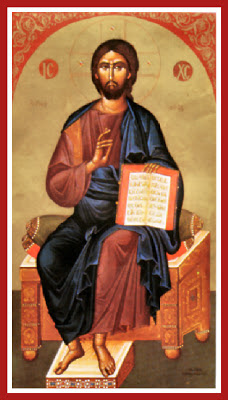 "Search the Scriptures," advises the Lord. The Scriptures not only testify that Jesus is the awaited Messiah, but they are also filled with eternal life and wisdom. As St. Peter testifies, "all Scripture are inspired by God." For God inspired the evangelists and Saints as they wrote. Many of us at one time or another, have overlooked or misread things in Scripture, which makes it important to read them frequently, or to bring errors that have become common, to the attention of everyone, for the words of Scripture are the sacred teachings of God, who speaks to us through the Bible. However, the Bible needs to be understood according to right reason and in agreement with the interpretations of the Church and the Church Fathers.
It is also good when quoting the Bible, to be as accurate as possible, thus avoid changing the meaning or the words, which is sometimes due to poor translation. Here is a particular misreading of Scriptures that occurs frequently in the Orthodox Church in this statement: "Man is created in the image and likeness of God."
Even some Saints have misread or overlooked this passage, and others have quoted it correctly. Quoting it correctly gives everyone a more perfect understanding of the subject.
Man was not created in the image and likeness of God. The first man Adam was created in the image God but he never attained to the likeness, having violated the commandment, which carried the death penalty. The entire race of man bears the image, but not the likeness. If we found an old coin with an image of the emperor or king which we could not see because of many layers of dirt, but if we cleaned the dirt, gradually the image would appear. The same is true of man, if his sins and iniquities are washed away and he repents, then the image of God begins to shine through! However concerning those who faithfully follow Christ, keeping His commandments, loving Him and struggling ascetically to become more and more like Him, they will cause the image and likeness of God to shine from within even brighter than the sun.

The Septuagint says: "God said: Let us make man in our own image and according to our likeness . . ." This does not describe a creation but a plan and the beginning of that plan, being the eternal plan of God and the purpose of all creation – man and many men in the image and likeness of God, perfect adorned with every virtue and radiating the light of God before all creation. This passage describes the Godman born of the Father before the ages and of the Virgin in time, divine and human, and who came into the world to save the world from sin and death, and to proceed with the eternal plan, first Christ and then those who believe in Him, who attain the fulness of the stature of Christ, and become the image and likeness of God.
As for Adam, he would father the race from which Christ would come, but he was created according to Scripture, in the image of God, but not the likeness.
"And God made man, according to the image of God He made him, male and female he made them."
Adam and Eve were married by the Lord and their offspring were all men and women until the time of Noah, for then the rest of the human race was destroyed in the Great Flood. Then from Noah’s three sons came the entire human race to the present time.
It is evident that the Lord referred to the passage: " Let us create man in our own image and according to our own likeness", when He said: "In the beginning of the Book it is written of me", this being the first mention of man in the Bible.

God’s purpose is to form many men in His image and likeness, and no higher goal for man can be found. Christ calls our attention to himself, as the perfect Godman, telling us to look at Him, listen to Him, learn from Him, love Him completely, for He is everything beneficial to the race of man. He advises how to become Christ-like. "Learn of me, for I am meek and humble in my heart." "Be holy as I am holy." "Be perfect as your Father in heaven is perfect." "A new commandment I give to you, that you love each other, even as much as I love you; by this all men will know that you are my disciples, if you have love for each other." Christ teaching is perfect knowledge, perfect theology and perfect philosophy, sweeter than honey and filled with life and hope. But He goes further.

First He warns us that we must "strive to enter the very narrow gate, for many, I say to you, will seek to enter therein and not be able". Christ teaches us that the path is difficult to follow, requiring much effort. But again, He makes it easy by filling our hearts with desire and longing for Him, and feeding us with himself, with His own Body and Blood in the Mystery of the Eucharist. This gives us the energy and ability to keep every commandment and to make any sacrifice, even forfeit our lives in order to remain faithful to the end.


Christ is our great wealth, our life and our hope, and He calls upon every man to come, saying: "Ask and it will be given to you, seek and you will find, knock and it will be opened to you." Our Lord has done everything to bring us into His Kingdom, and if we do not attain this goal, it would have been better never have been born. The Kingdom of God is life, eternal life; the Kingdom of God is joy, eternal joy; the Kingdom is without darkness, sickness or death, but remains for ever and ever, without end! In His great kindness, he calls to us: "I am the Good Shepherd, follow me, and I lay down my soul for my sheep"
Posted by Unknown at 8:57 PM